Have you ever noticed that the names of Chinese restaurants all sound the same? Take, for example, “Dynasty Seafood Restaurant”… could this be any more typical of a Chinese restaurant name? In any event, Dynasty (not to be confused with Dinesty) is a popular and well received restaurant located on West Broadway in Vancouver. There is free underground parking, just remember not to pay at the machine (tell them your license plate number and stall number when you go to the restaurant).

We originally wanted to order some steamed rice roll dim sum dishes (like beef rice roll or Chinese donut rice roll) but realized that they didn’t serve that here. Instead, we settled for the Pan-Fried Rice Rolls ($8.89) which is served with hoisin and peanut dipping sauce. The rice rolls themselves were pretty good but I felt like the pieces were cut way too big and made it difficult to pick up due to the slippery nature of the rice rolls. 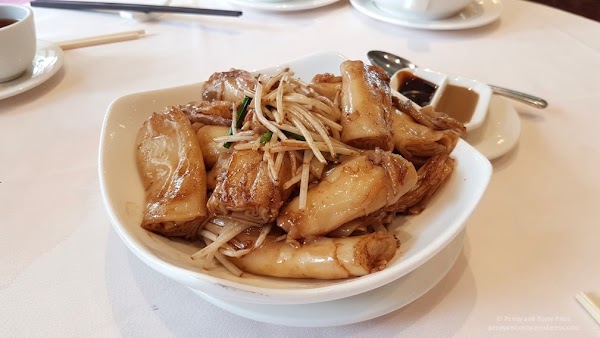 The thing that I look for in Steamed BBQ Pork Buns ($5.98) is how pillowy soft the bun is and how moist and tender the BBQ pork filling is on the inside. Nothing like pulling apart a hot BBQ pork bun and seeing the resulting steam fill the air in front of you. 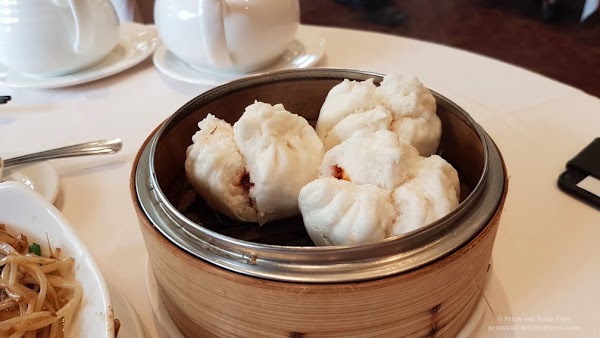 Our dessert dish, the Baked Sago Pudding with Black Sesame ($5.28), arrived mid-meal. Sago pearls are similar to tapioca pearls and this is similar to baked tapioca pudding but the cookie-like topping wasn’t as good as the pineapple-crust topping that you usually get with the latter. In addition, there really wasn’t a lot of black sesame in this dish (but that might have been due to the size of this dessert. 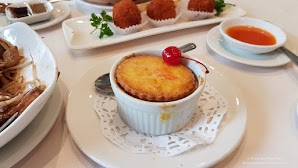 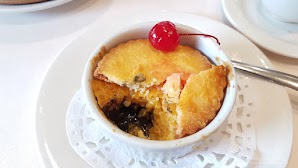 One of the better dishes that we had here was the Deep-Fried Shrimp Balls served on a skewer of sugar cane ($6.98). 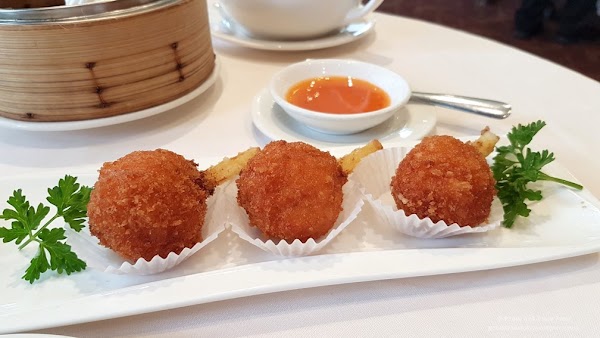 As if we didn’t order enough food for two people, we also ordered the Steamed Beef Balls ($6.38). Despite the size of these large and meaty items, I thought that the price was a bit overpriced. Usually, these are on the cheaper side of dim sum items and I didn’t see anything that really made these stand out. 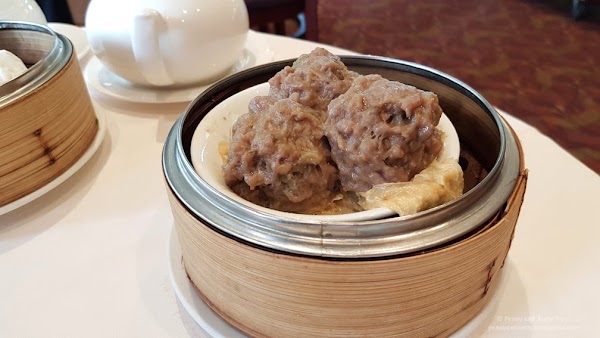 The last dish to arrive at our table was the Minced Pork and Crab Meat Dumplings ($6.98). These dumplings were really good but they fell apart so easily that it was difficult to enjoy thoroughly. 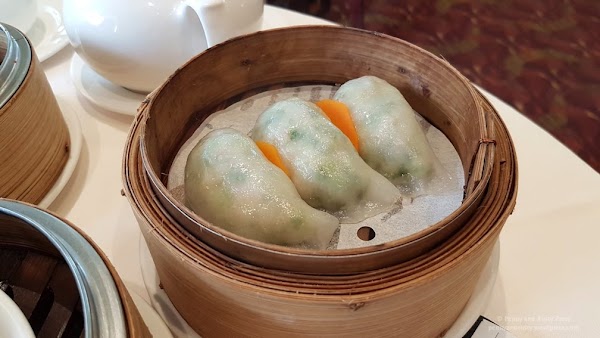 Overall, some very good dim sum dishes here with a price point that leans towards the higher end of the spectrum.