Dasarang is one of the many Korean restaurants located in the large mini mall off of North Road and Rochester Street. Located on the second floor, Dasarang occupies a fairly large space and has plenty of windows which lets the light in.

While Dasarang is probably better known for their large dishes of Korean-style fried chicken, I decided to try their Chicken Katsu ($10.95) from their lunch menu. While the place was fairly deserted during the lunch hour, my meal took about 15 minutes to arrive at my table. On the plate was a large green salad with thick-cut cucumbers and slices of red pepper topped with an ample amount of thousand island dressing. The thickly-coated chicken cutlet had a substantial crunch to the bite but I found the chicken itself was on the dry side. The chicken was also accompanied by chunks of pineapple and a thin yellow dipping sauce. 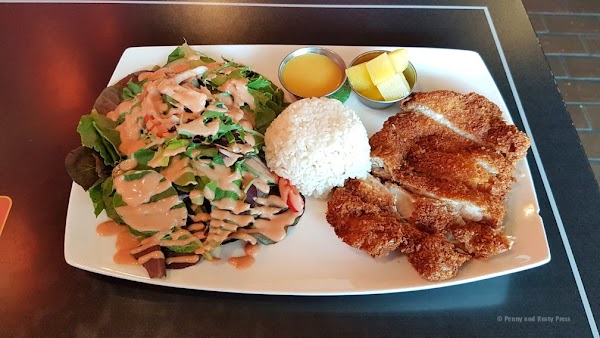 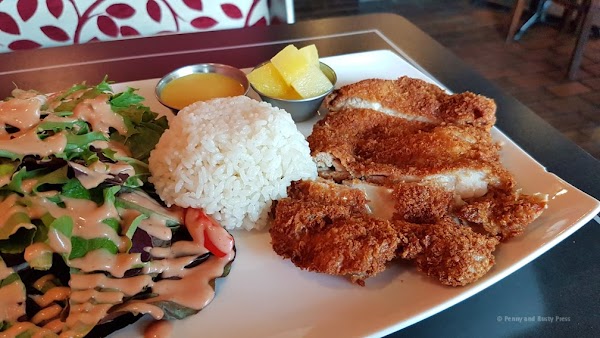 The following month, I caved and came back to try their Korean-style fried chicken and ordered the Half and Half ($21.50) which came with both fried chicken in a light batter and yangnyeom chicken with a zesty and sweet sauce. You have the option for bone-in or boneless chicken but I think the bone-in chicken is a bit better (and messier). 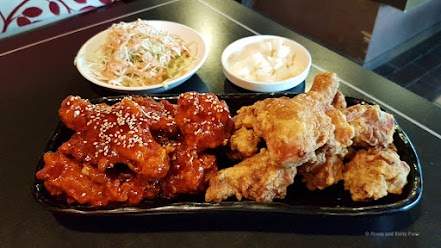 Honestly, for the price, I still don’t get Korean-style fried chicken. I’d just as soon get chicken from Church’s or LA Chicken.