Ipoh Asian House was a Chinese-Malaysian fusion restaurant located on East Hastings (“Ipoh” being the name of the capital city of the state of Perak in Malaysia). Dropping by for a late dinner in September, we found that one of their popular menu offerings was a 4-dish meal for $69.80 which included an order of crab.

First off was the complimentary soup that came with the set and was made with rather unwieldly-sized pieces of lotus root as well as longan which gave the soup a bit of a sweet flavour. 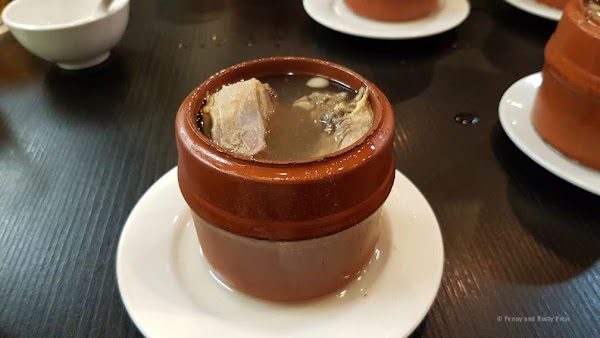 As expected with a complimentary crab dish, the size of the crab wasn’t huge and the execution of the dish and presentation were fairly basic. 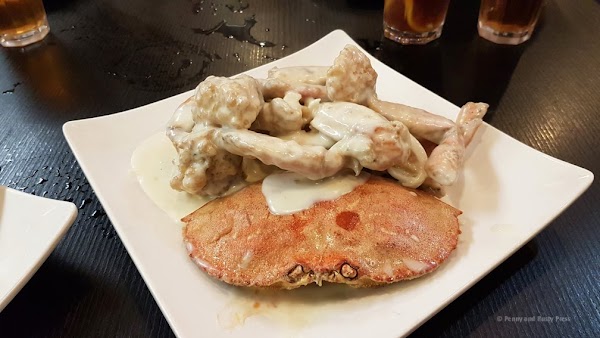 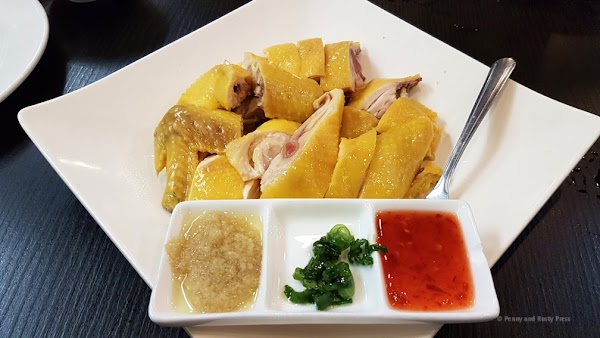 The hot pot dish was fairly standard with not a lot of actual black cod flesh (most pieces that I had were just a sliver attached to the skin). That being said, it was a saucy dish and I enjoyed the lettuce on the bottom of the pot. 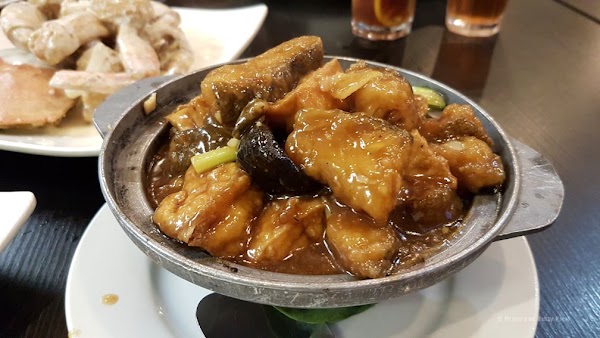 The seafood with veggies turned out to be a mix of shrimp and white fish served on top of broccoli with some egg whites on top. I didn’t mind this dish as the broccoli had a nice crispness to the bite. 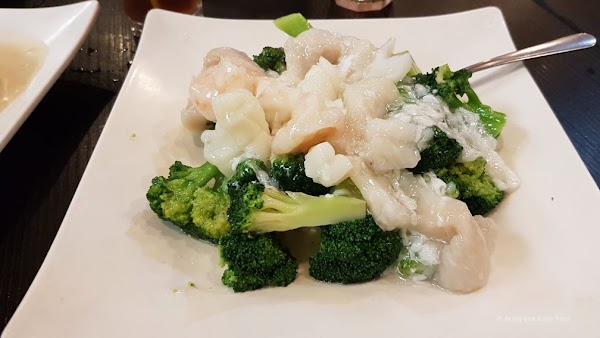 Last up was the sweet and sour pork which was a fairly generous serving of deep-fried pork coated with your typical sweet and sour sauce and accompanied with onions and pineapple chunks. 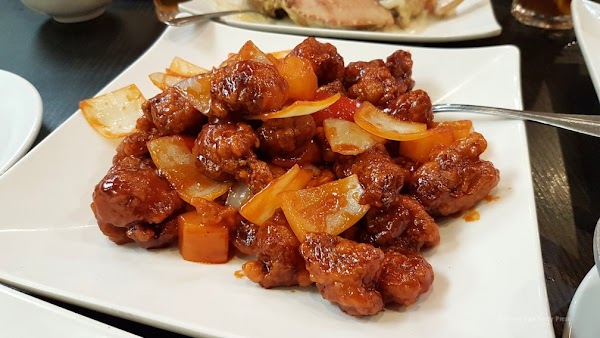 The food was pretty much mid-level and unremarkable but the price point is attractive. It’s probably why this place has since closed.