The Deluxe Chinese Restaurant lives up to their name. This modern looking restaurant is located in Richmond on the corner of Browngate and No. 3 Road. The ultra tall ceilings, well-appointed interior, and multi-panel large screen tv are the first things that hit you when you enter. Arriving around 10:30am on a Sunday, there were a moderate number of diners here but we managed to secure a table (there was a lineup by the time we left).

Some common themes that you see here that you don’t find at most other dim sum restaurants includes glass teapots which are kept warm by tealight candles, individual serving chopsticks for each diner, and western-style tea cups with handles. The dim sum menu has pictures for most of the dishes but I found that the photos for some items varied quite a lot from what we actually received on the table. 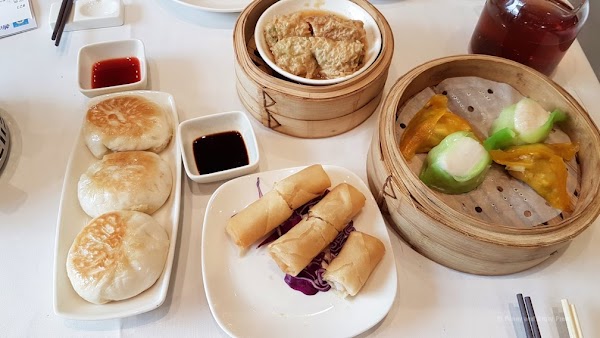 The Three Kinds of Dumplings ($7.99) looked like an interesting dish (they didn’t provide an English description of what type of dumplings they were) and came with har gow (shrimp dumpling), a green dumpling filled with shrimp and topped with a large scallop, and a yellow dumpling filled with aromatic mushrooms. As there were 2 pieces each, we were able to try each so this is a good choice you have a small party and you want to try a bunch of different items. 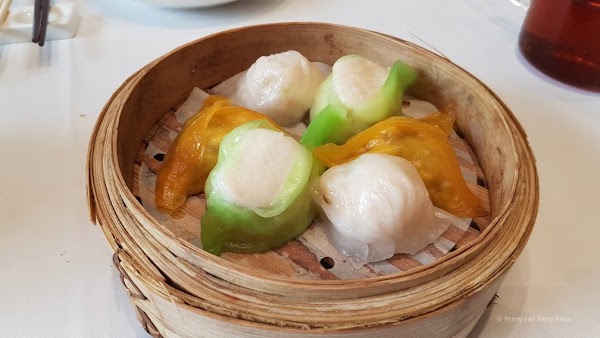 The Deep-Fried Garlic Prawn Spring Rolls ($6.99) were one of the dishes that didn’t resemble the picture in the menu. These were fairly basic… nicely fried and crisp on the outside with shrimp filling on the inside. 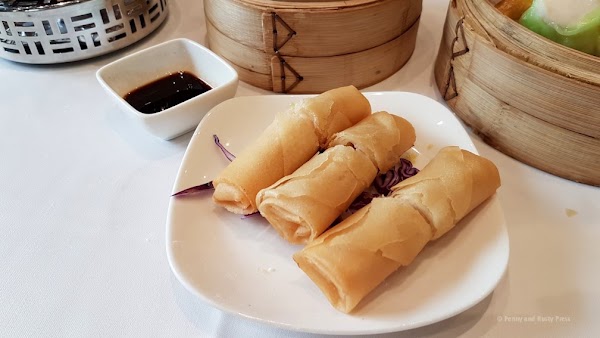 Next up was the Bean Curd Wraps in Abalone Sauce ($6.99). The filling was actually pretty good in these. 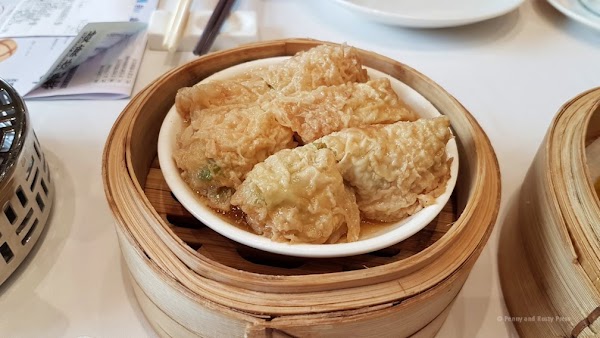 I was a bit disappointed with the Pan-Fried Pork Buns ($6.99). They lacked the noticeable darkened bottom from pan-frying process and the filling on the inside was a bit sparse and dry (no soupy goodness). 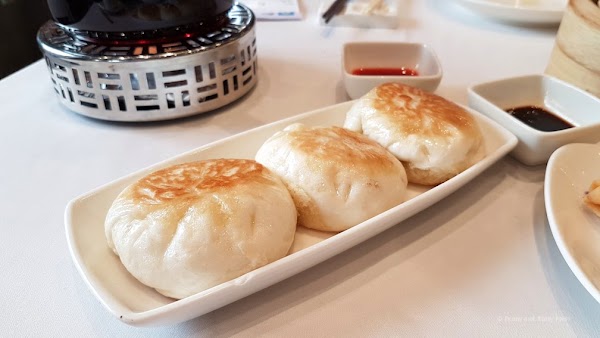 Another dish which varied from their menu picture was their Beef Rice Rolls ($6.99). The rice rolls were pretty good but seemed a bit on the expensive side (especially when compared to what we were expecting from the menu picture). 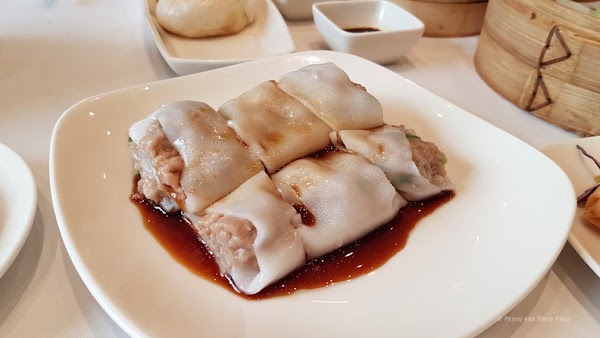 The Stewed Vermicelli with BBQ Duck and Salted Veggies ($18.99) arrived in a large bowl and there was plenty of vermicelli in the dish. I found the thinly sliced duck was a bit on the sparse side and you have to make sure you stir up this dish to get all of the sauce on the bottom of the bowl to mix in with the noodles. 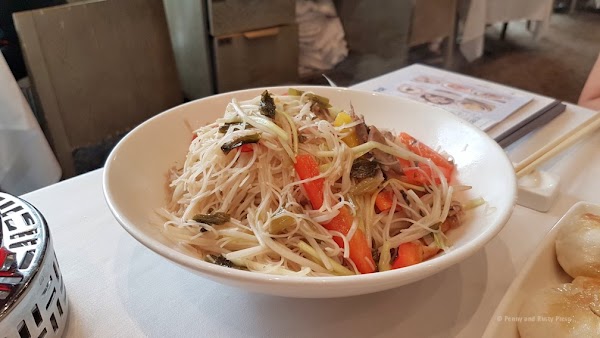 The last dish to arrive at our table was the Clams in Black Bean Sauce ($13.99). The clams turned out to be a good dish… the clam meat was plump and mostly large while the black bean sauce had a spicy kick to it. 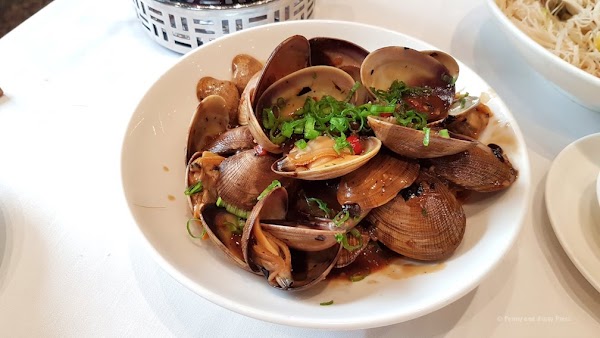 Overall, some pretty good dishes here but I wish their menu pictures were more reflective of what they served. Prices, as expected in a deluxe-type restaurant, trended on the higher side.