Sushi Gen is a bit of a hidden sushi restaurant as it’s tucked in a mini mall behind Lougheed Town Centre, right next to the Red Robin. This is actually the same mini mall that Green Leaf Cafe recently opened up in (which is how I found Sushi Gen).

Unlike Green Leaf Cafe, the interior of Sushi Gen is a bit lacking in natural light and looks more like a traditional sushi restaurant.

On my first visit, I ordered the Assorted Aburi Oshi ($17) which I thought was a bit expensive but figured it would be an interesting item because it’s topped with four different items (similar to how a rainbow row is topped). They also gave me a complimentary miso soup. 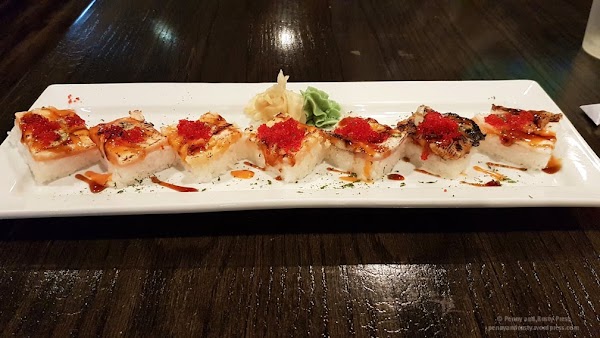 The salmon, tuna, unagi, and ebi is accompanied by various sauces and roe and actually tasted pretty good. On the downside, the pressed sushi pieces were shaped more like flat squares instead of the usual rectangular shape that I’m accustomed to. This made it fairly difficult to pick up. The salmon pieces were my favourite. 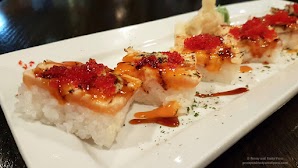 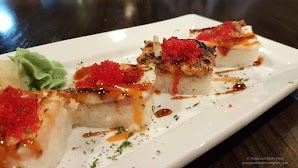 I also ordered a few nigiri pieces… the Chopped Scallop ($2.30 each) was a bit too chilly while the Sockeye Salmon ($2.80 each) was pleasingly fresh. The best of the bunch, however, was the Unagi ($2.80 each) which was superbly tender and melt-in-your-mouth tasty. 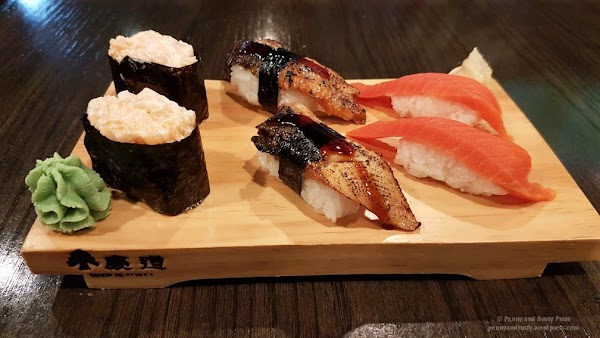 Returning a couple of weeks later, we started out with the Spinach Gomae ($4) which was, as expected, served cold. It’s a good dish to help cool down from the summer heat. 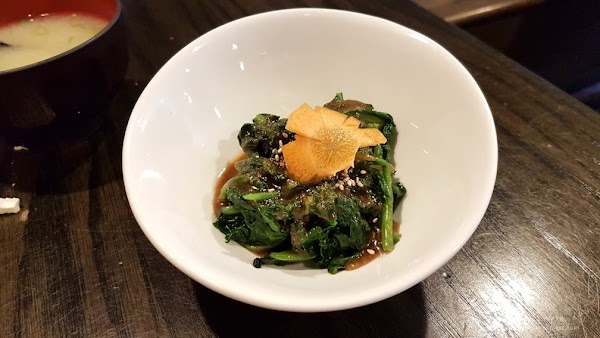 I noticed that they were having a special with their Salmon Carpaccio ($9 instead of the regular $12) so we decided to try this out. I actually quite enjoyed the tender salmon pieces in this dish and how the sliced garlic added to the flavour. For 4 pieces, however, I probably wouldn’t pay regular price for this. 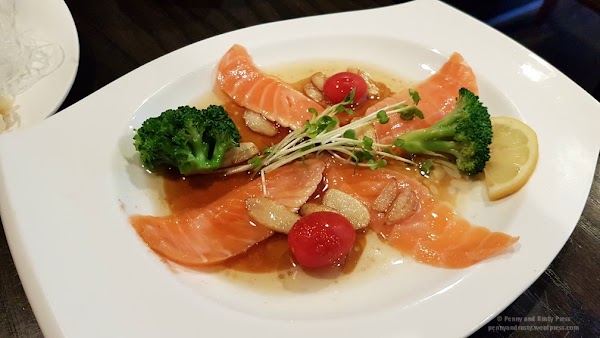 Next up was the Spicy Tuna and Salmon Sashimi ($15) mixed with cubed cucumbers. The sashimi was indeed spicy with a hot sauce similar to Korean-style hot sauce. 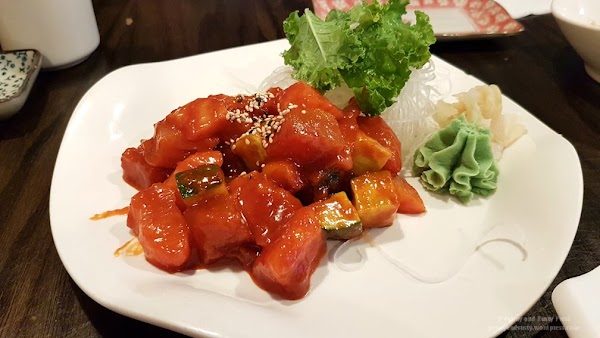 Wanting something a bit more meaty, we also added the Beef Teriyaki ($13) which comes with miso soup. Aside from a couple of bites that were a bit hard, the thinly sliced beef mixed with bean sprouts and cabbage turned out okay. 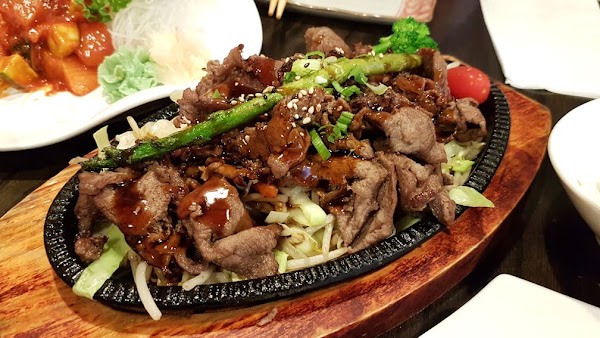 Last up for this visit was the Oyster Motoyaki ($5). I was decidedly disappointed with this dish – I suppose the price point should have been a clue… there was only a small piece of chopped up oyster that was baked in the little tin dish with a tiny slice of lemon. It was lacking in both oyster and creamy sauce that you’d expect to find in motoyaki. 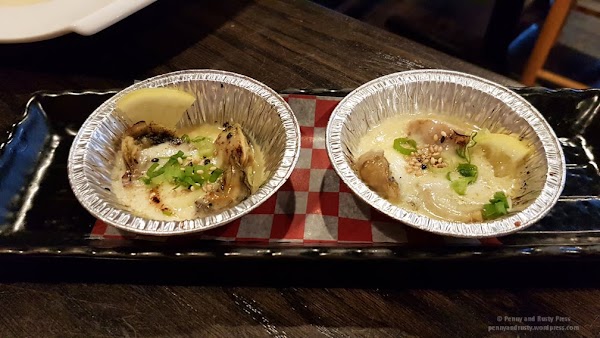 The following month, I returned for a revisit and ordered the Yakitori ($5) which includes 2 skewers of chicken coated in a sweet glaze. They weren’t bad but I found some bites to be more on the dry side and is probably due to the cut of the chicken meat. 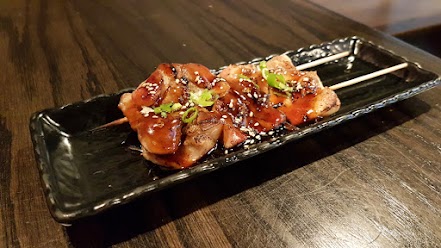 I also ordered the Gen Tart ($14) because it sounded interesting… crab, avocado, mango, sashimi (tuna and salmon)? Yes, please! They mold it in a ring and each bite has an interesting combination of textures and flavours. The crab and avocado on the base layer provides a creaminess which is accentuated by the slices of tuna and salmon sashimi. The thin layer of mango provides a sweetness while the crispy topping keeps things from getting overwhelmingly creamy. 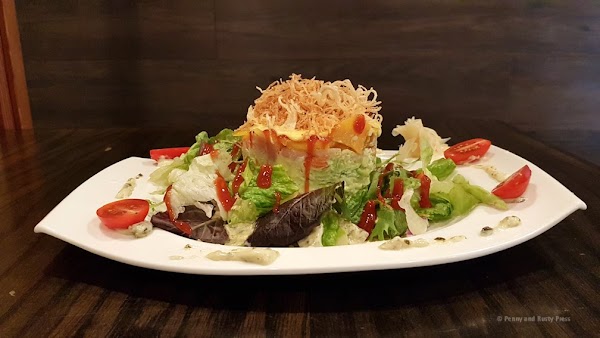 Overall, there’s some good items here and some that I would probably skip on… choose your dishes wisely.