Kyo Korean BBQ & Sushi House is known for their All-You-Can-Eat menu. Located on the 2nd floor of a building at Granville and West 14th, Kyo occupies the former Shabusen Yakiniku location (also known for AYCE).

The price for dinner here is $33.95 per person and their menu is fairly extensive and includes both Korean BBQ (which you self-grill at your table) and Japanese dishes such as sushi and sashimi. 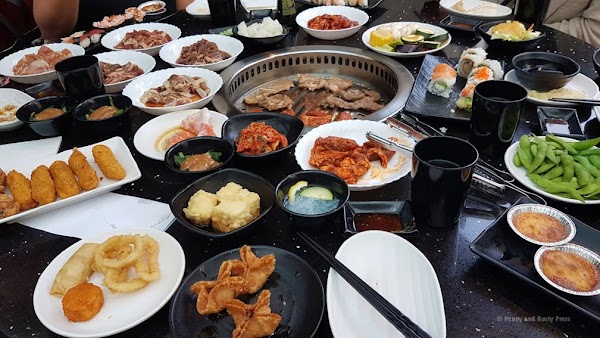 As expected, to get your money’s worth, you need to come here hungry. The service here, as expected, is a bit lacking and it can be difficult to flag someone down. Most of the food items here are pretty typical of AYCE…but at least you get to try out a lot of different dishes. 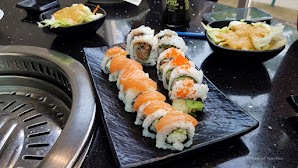 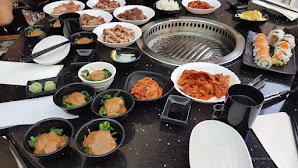 It’s a bit difficult to cook AYCE BBQ on one small grill and your table fills up rather quickly. I have to admit that the BBQ chicken turned out pretty good but I wish that they had dipping sauce for some of the other BBQ meat dishes as everything started to taste the same after awhile. 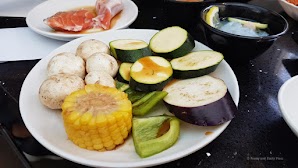 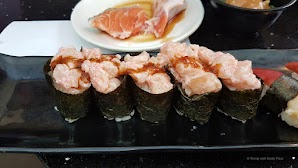 The Japanese dishes such as the sushi were okay… nothing to write home about (especially the aburi sushi). Some of the rolls seemed a bit skimpy on the seafood (ie. being composed mainly of rice) but I found the sashimi, while cut thinly, were okay. 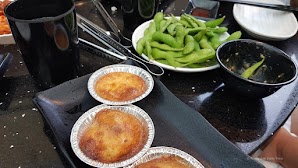 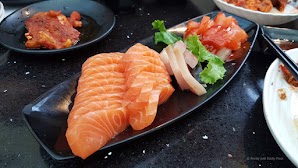 Overall, it is what it is… AYCE is all about scarfing down as much as you possibly can and we got our money’s worth here.