Manny’s Grill and Silog House, housed in the former Big 6 Family Restaurant location on 6th Street in Burnaby, is a eatery that serves up a limited offering of popular Filipino BBQ dishes.

The interior layout hasn’t changed much but it does seem a bit brighter (perhaps from the white paint which covered the former pink stucco). If you’ve never been to a Filipino restaurant before, it can be a bit daunting trying to decide what to eat as menu items are usually not very descriptive.

A popular item that I’ve had at other places is the “silog” which is basically garlic rice topped with fried eggs plus some type of meat item. I opted for the Tapsilog ($9.99) which includes “beef jerky”. While the beef is thinly sliced, marinated, and cured… the thing to know is that this dish is that it’s not like western-style “beef jerky”. The dark-hued beef has a slightly sweet coating and most pieces are fairly tender but there are some pieces which are chewier. 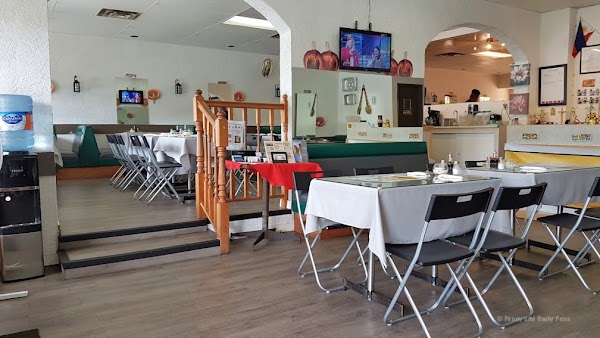 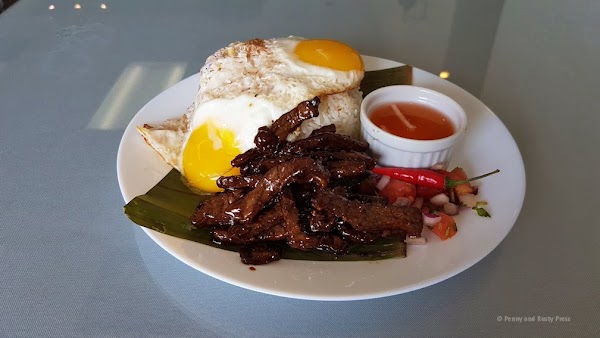 The fried eggs had a nice crispness to the edges with nice runny yolks which coated the rice. I found the rice to be a bit lacking in the garlic flavour, however.

I came back the following week and ordered their BBQ Chicken Combo ($9.99 plus $1 to upgrade to garlic rice). Again, the garlic rice was a bit lacking in garlic flavour. The chicken, meanwhile, was a bit burned on part of the skin but the meat on the inside of the leg and thigh was fairly tender. It comes with a clear soup that’s equal amounts salty, sour and tart. 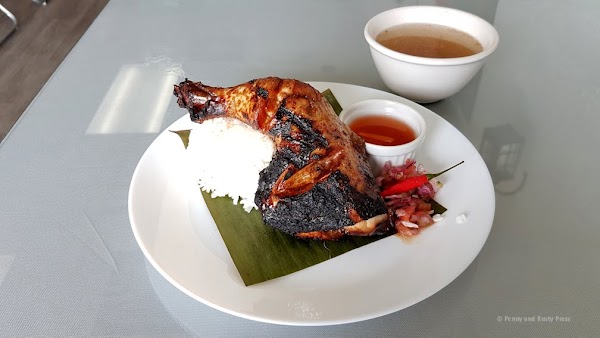 The following month, I returned to try their Tocilog ($9.99). Looking at this picture, you can see that it’s not the prettiest looking fried egg but the yolk was kind of runny. While also known as “sweet pork”, the pork isn’t overly sweet and it was much better than the tapsilog that I had here previously. The pork was fairly tender to the bite but I wish they had cut the pieces smaller (or given me a knife). 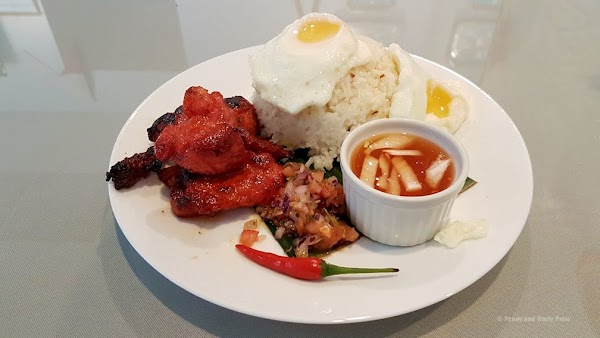 Overall, I preferred the silogs that I had at Epic Grill Silogs in New Westminster but the one at Manny’s was okay and came out much quicker as it’s not as busy here during the lunch hour.