Ebisu (and their sister Kamei restaurants) has been around Vancouver for quite some time and this particular location, despite being tucked away from the bustling Broadway corridor, is still quite busy. The interior is fairly large but the tables are arranged in a cozy layout and the windows along West 8th gives you a nice view of the north shore mountain range.

We started our meal with a Virgin Mango and a Virgin Lychee drink ($3.99 each). Both drinks were very good and refreshing with real fruit flavours. 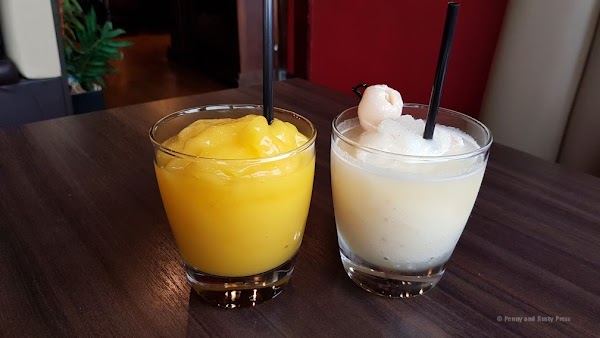 For our meal, we decided on the Royale Boat Dinner ($27.99 per person) which is a bit of a nod to their Kamei Royale past. The meal starts with Dobin Mushi which is a traditional seafood broth served in a dobin teapot. The broth is simply amazing! They also bring out a refreshing starter of Ebi Sunomono which has vermicelli and sweet shrimp swimming in a light vinegar broth. 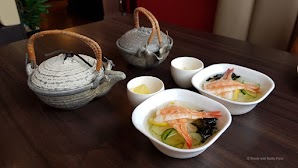 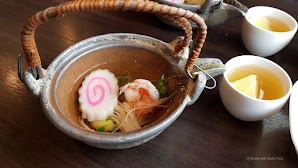 Next up was our sushi boat (literally… a boat of sushi). On a side note, I remember years ago when the big thing in Vancouver was to have sushi restaurants with a “conveyor belt” of sushi boats which floated around the restaurant so diners could just pick up the sushi dishes as they passed their tables. But I digress… the tuna and salmon sashimi here were quite good and had a firm yet buttery texture. The only thing about this sushi boat that I found a bit basic was the California roll – the Unagi, Chopped Scallop, Salmon, and Tobiko nigiri items were on point. 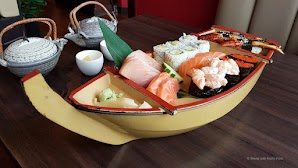 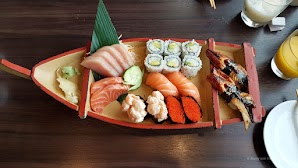 Lastly, our next boat course consisted of Takoyaki (octopus balls), Prawn & Veggie Tempura, Oyster Motoyaki, and Chicken Teriyaki served on a bed of cabbage. I love that they still serve motoyaki in the shell – it was quite good with the baked oyster covered in a creamy sauce and lying on a mix of spinach and onions underneath. 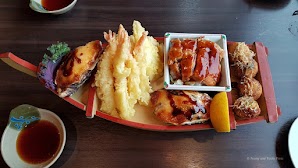 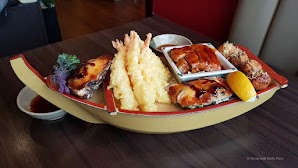 We returned a couple of months later during lunch. Due to their location, this is a fairly busy place during the lunch hour so we were lucky to grab a table. Their lunch specials are $12.99 and you get to pick 3 items plus miso soup. First up was the combination of Chicken Karaage, Sashimi Salad, and Wild Salmon Sashimi. I thought the karaage had a bit too much batter but the wild sashimi was really good. 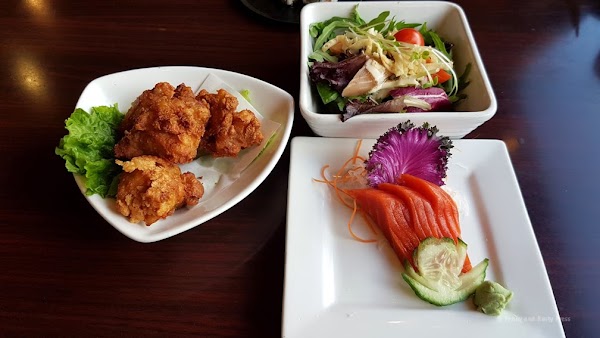 Next up was the BC Blazer roll which is essentially a California roll topped with salmon. 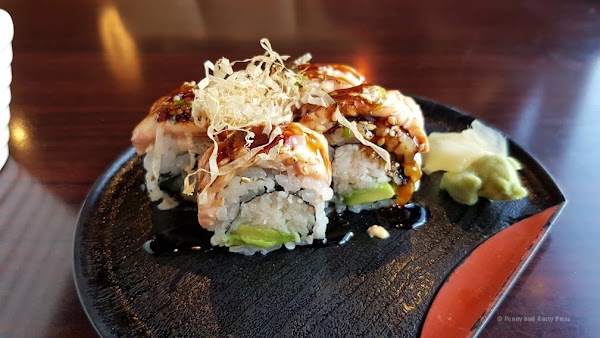 The Beef Teriyaki turned out to be a fairly generous size for a lunch special dish. 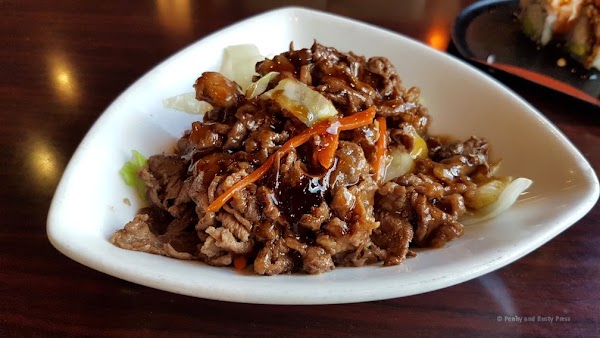 And lastly, the Prawn and Veggie Tempura. 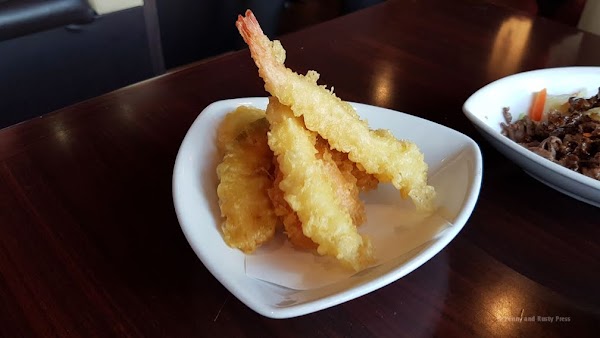 Overall, the food at Ebisu is actually quite good and centrally located if you’re around the Broadway corridor.