Tora Sushi is one of the many food establishments located in the Queensborough Landing area of New Westminster. I stopped by one day in August and noticed that it’s fairly busy during the lunch hour.

I found that they were a bit too aggressive with the torch on the aburi pieces (as you can probably see in the picture). This took away from the enjoyment of what probably would have been fairly good toro and salmon. I also noticed that the sashimi in these aburi pieces fell off the rice rather easily. 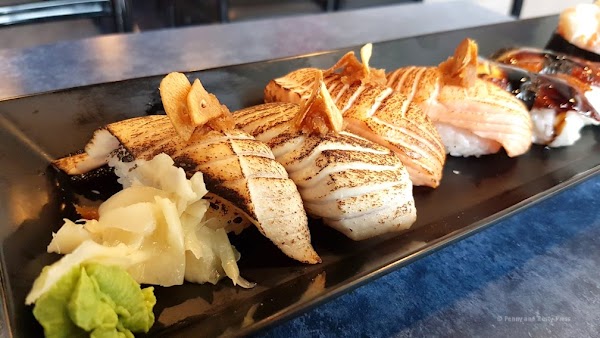 I found that the chopped scallop had a good amount of scallop in it but the nigiri had a bit too much rice. These types of nigiri pieces are difficult to eat in more than one bite due to the seaweed wrap so I usually like to eat them in one bite. However, due to the amount of rice, it was a bit awkward. I actually enjoyed the unagi the best of my order as the eel was nice and tender and draped with unagi sauce. 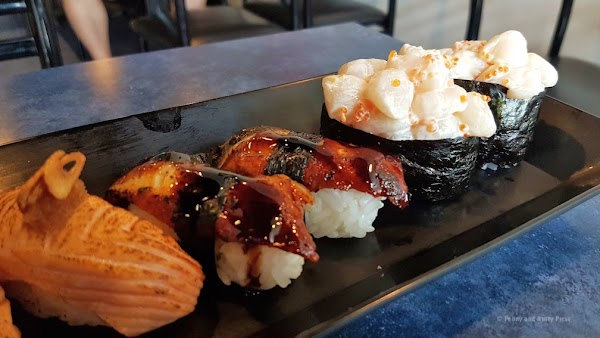 Although I wasn’t a fan of their aburi, I decided to come back the following week to try their sashimi to see if that was any better. The Chirashi Don ($13) came with 2 pieces of tamago, 1 piece of hokkigai, 1 piece of tako, 1 piece of sockeye salmon, 2 pieces of Atlantic salmon, 2 pieces of tuna, and 1 piece of toro on top of a large serving of rice (in addition to a serving of miso soup). The best of this dish were the salmon pieces. The thinly sliced tako was a bit squishy and I found a small partial bone in one of the tuna pieces (otherwise, the tuna was adequate). I wasn’t a big fan of the tamago as it was a bit too dense for my preferences. 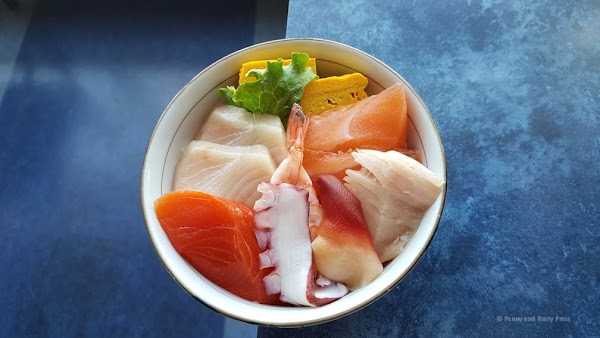 On my next visit, I decided to try their Assorted Sashimi ($14.50) which came with 2 pieces each of sockeye, salmon, tako, tuna, surf clam, and 1 piece of cooked ebi. The best pieces here were the salmon and hokkigai while the rest were just okay. 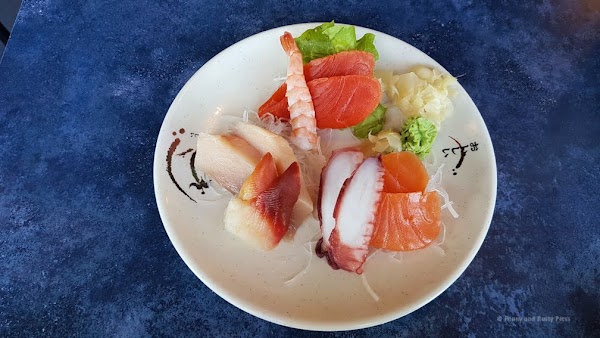 I also ordered their Chicken Karaage ($4.95) which came with 5 pieces of boneless chicken (they also offer bone-in karaage which I think was basically chicken wings). The chicken pieces were relatively flat but light and crispy on the outside with the meat on the interior being a bit more chewy. 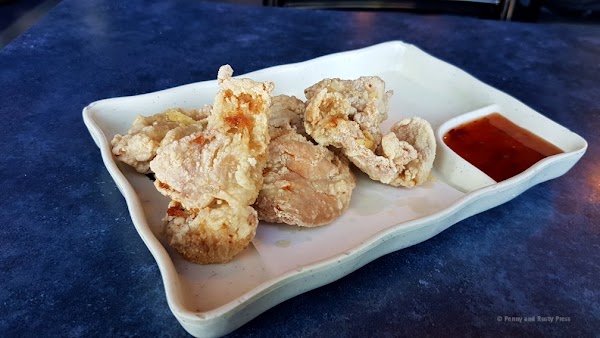 A few months later I returned to order their Unagi Don ($11.95). This included 7 pieces of thin but pleasantly tasty unagi on rice. Similar to how we enjoyed this dish in Japan, the unagi don is presented in a covered box. I did enjoy the sauciness of this dish and how the contrasting texture of the crunchy pickled radish compared to the tender pieces of unagi. 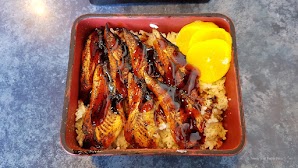 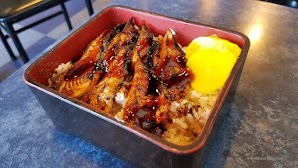 Tora also has a number of bento boxes available so I tried their Bento Box #1 ($10.95). It’s a fairly standard order that includes 2 skewers of yakitori, tempura, shredded radish/cabbage (?) salad, miso soup, and half order of California roll. Overall, the best part of this box was the California roll which was nicely formed and had a good amount of imitation crab-to-rice ratio. The yakitori was a bit too firm and dry (probably due to the cut of meat) and the tempura, while lightly coated, seemed too firm to the bite instead of being light and airy to the bite. 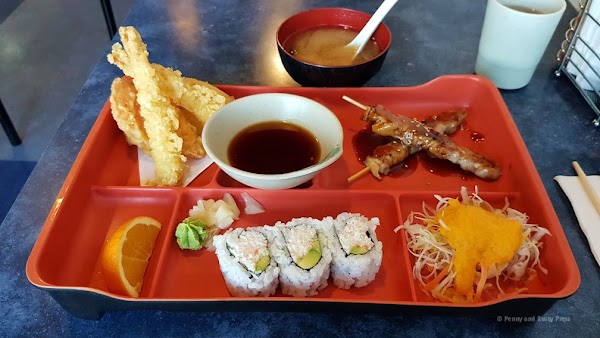 For a small little Japanese spot in a factory outlet mall setting, the food’s not too bad with some items being better than others… best bet is to stick with the basics like their California roll, salmon sashimi, and unagi.