The number of places that you can enjoy Afternoon Tea has certainly ramped up in Vancouver over the last couple of years. One of the newer and splashier places is Origo Club in Richmond. What sets Origo apart from other places that serve Afternoon Tea is their attached gallery that displays various contemporary Asian art pieces. I know it sounds a bit disconnected from the French-inspired fare that Origo strives for, especially when you consider Afternoon Tea being so closely associated with old world English culture. 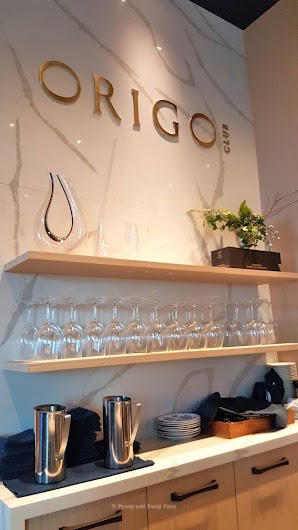 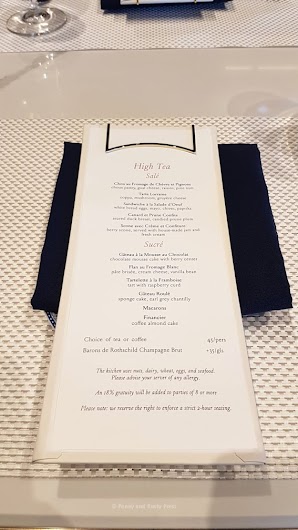 Origo Club is located near the Richmond Oval and, as you can imagine, street parking is a bit difficult to come by. They do, however, have an parkade but it fills up quick. Tip: there is an unassuming door that leads you from the parkade into the back of the restaurant so you don’t have to walk outside to the main entrance.

We came, of course, for the Afternoon Tea ($45) which is stunningly served in a rounded display case which plays off of their attached art gallery. It truly looks like this could be artwork that is on display. Even the teapots and teacups that they use here are elegantly designed. It is a bit of a departure from some other Afternoon Tea places where the teacups don’t always match the saucers. 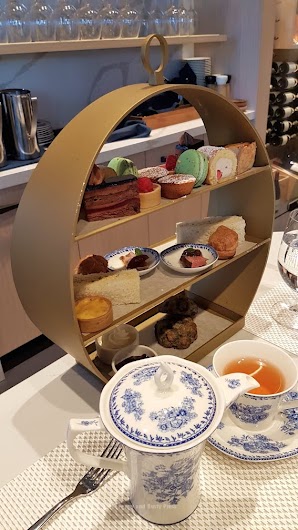 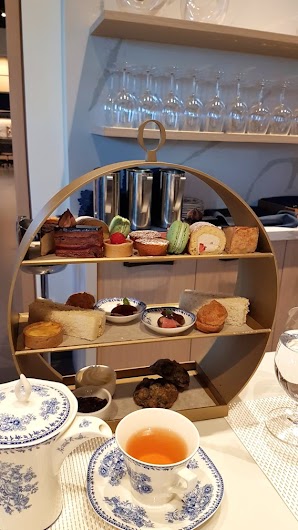 Now, about the tea here itself (we ordered the Imperial Green Tea and the Early Grey)… which you would think would be one of the main parts of “Afternoon Tea“, there really isn’t a large selection of teas to choose from. However, they do have other drinks such as coffees and lattes. I do appreciate the ability to have other drinks other than tea but don’t come here expecting to be overwhelmed by the tea itself… that seems to take second stage to the sweet and savory items. 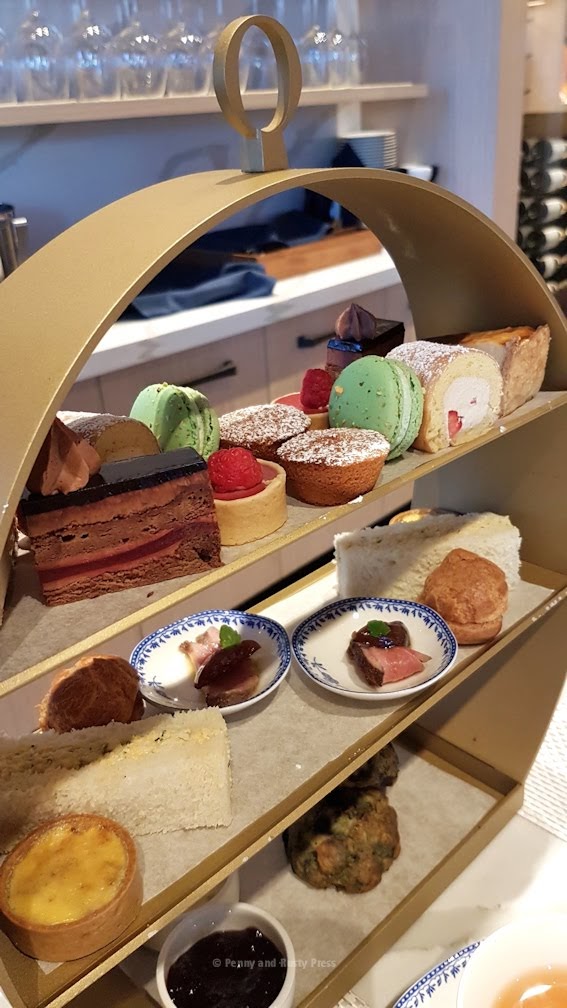 I really enjoyed the Gateau Roule and the Financier. 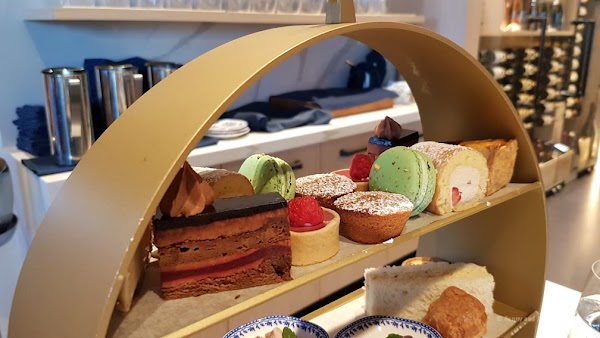 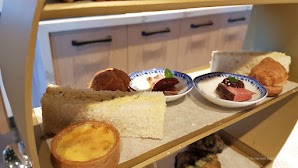 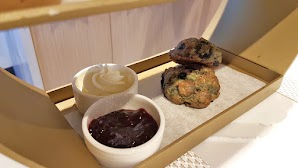 Overall impressions of the Afternoon Tea… the teas here really weren’t very flavourful. However, the aesthetics of the presentation of the food as well as the environment were enjoyable. 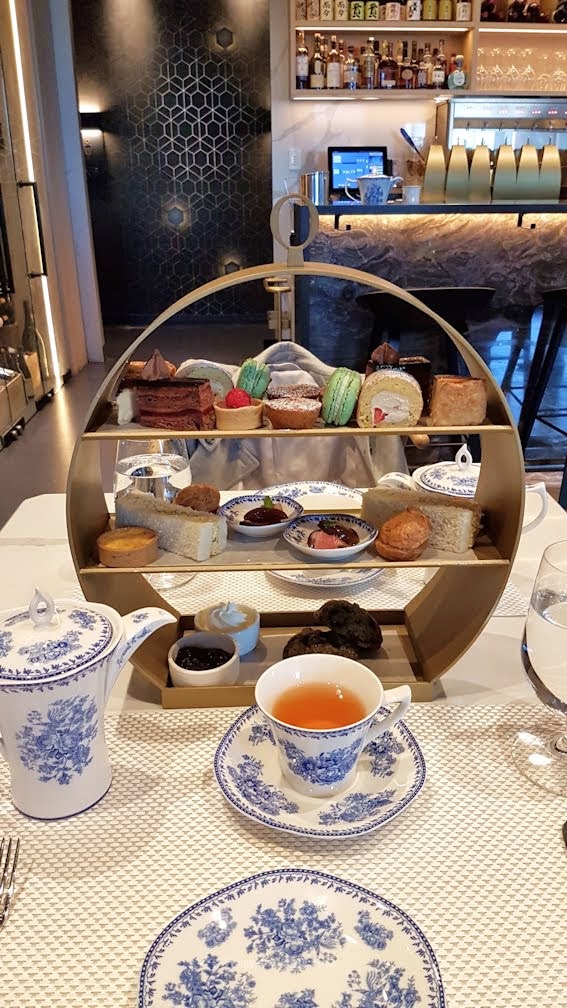 After our Afternoon Tea, we stepped into the adjoining art gallery. This isn’t a huge gallery but it does have some very nice pieces. If you turn around, you’ll see a grand display case which surrounds the entrance into the cafe. 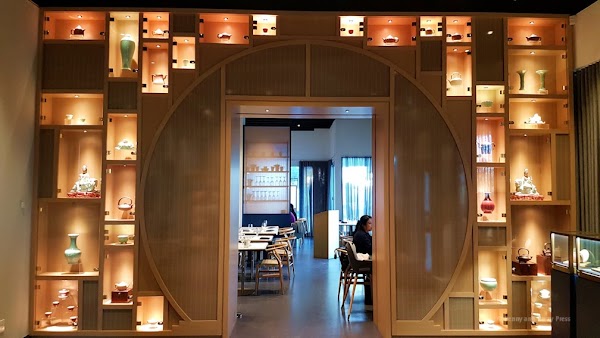 Many of the pieces here included ceramic porcelain and pottery which related to tea. 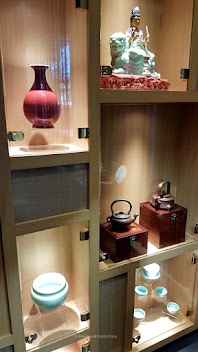 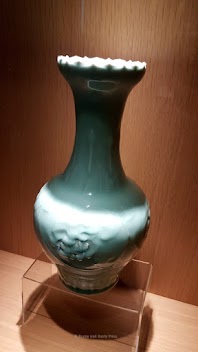 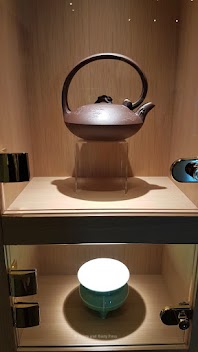 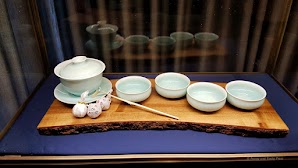 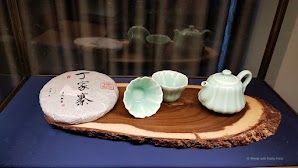 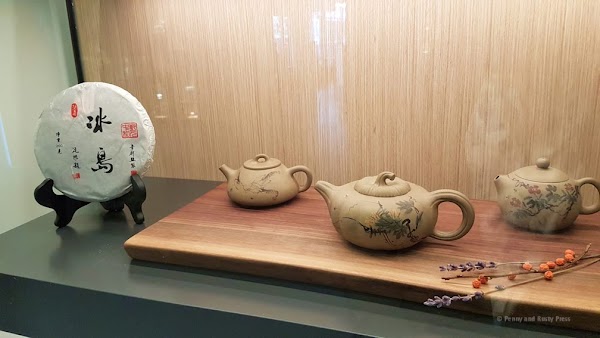 While this isn’t a huge art gallery and some of the pieces located in the top of the large display case are difficult to see, it was a nice change and I enjoyed it.