Okoman Sushi is one of the many Korean/Japanese restaurants located along the North Road corridor between Burnaby and Coquitlam and is in the same complex as Pho Japolo and Thai Chef Casual Thai Cuisine (just on the lower leveL).

The interior of this restaurant is a bit dim in spots due to the layout. From the decorations, it looks very much like a typical Japanese restaurant complete with sushi bar and various Japanese-themed items adorning the walls (including a large wooden boat above the front door). However, one look at the menu and you see that they serve both Japanese and Korean dishes here. 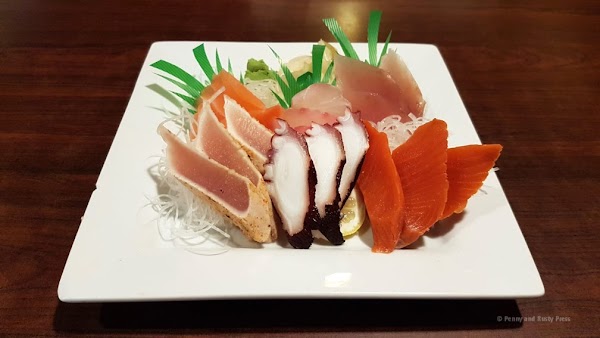 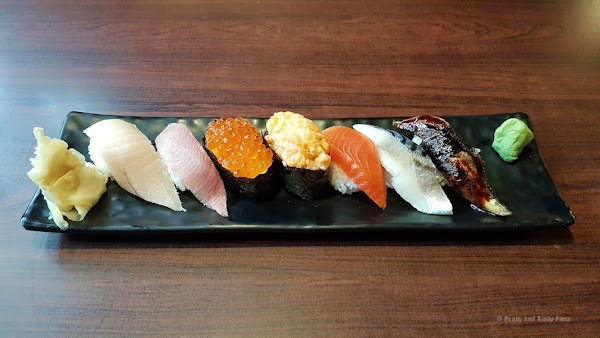 On a return visit in early December, I ordered their Hotate Battera ($10.50) which is a pressed sushi dish where the rice is formed into perfectly rectangular pieces and topped with scallop, spicy mayo sauce, and tobiko before it’s lightly torched. There’s not huge pieces of scallop here so the scallop-to-rice ratio is a bit off for my person liking but I did enjoy the creaminess and the slight kick from the spicy mayo. 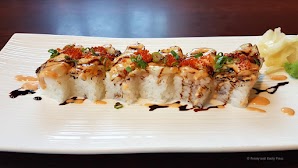 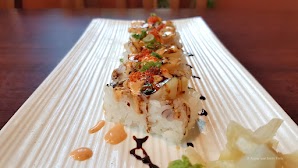 Next up was the Grilled Salmon ($8.95) which is made with spicy tuna wrapped with salmon and then baked and served with sauce. There’s no rice on the inside so this is a fairly meaty item. Overall, I did enjoy it but it’s not as creamy as some similar items I’ve had at other sushi restaurants (ie. the spoon at Victoria Sushi and the sushi bomb at Hyack). 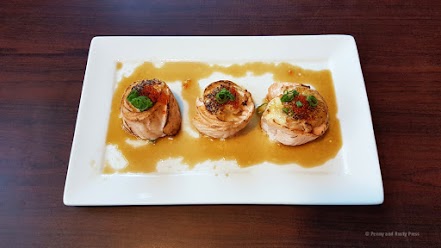 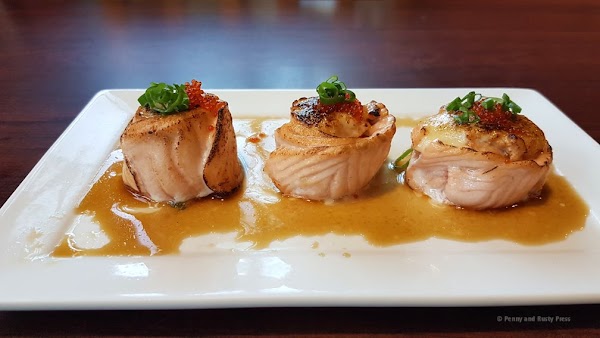 On a subsequent visit in December, I wanted to order their real crab battera but was disappointed that they were out of real crab. Instead, I settled for their Negitoro Battera ($10.50) which is made with tuna belly and green onions. I really enjoyed the texture of the minced tuna belly and how it melted in my mouth. 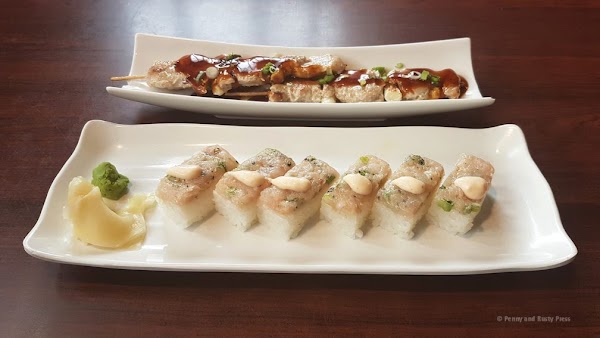 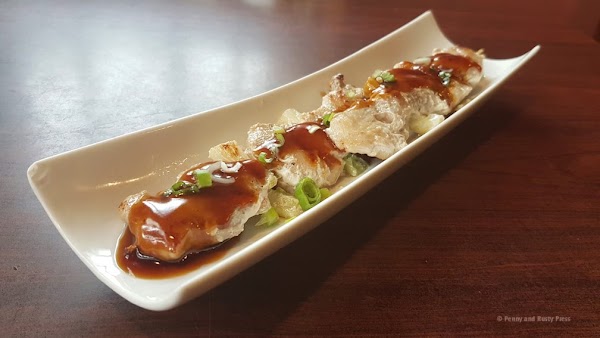 I’m a bit mixed with how the Yakitori ($5.95) turned out. On the one hand, the meaty skewers of chicken thigh and green onions were quite generous and coated in a sweet tare sauce. On the other hand, I wish that the chicken had more of a char on it. 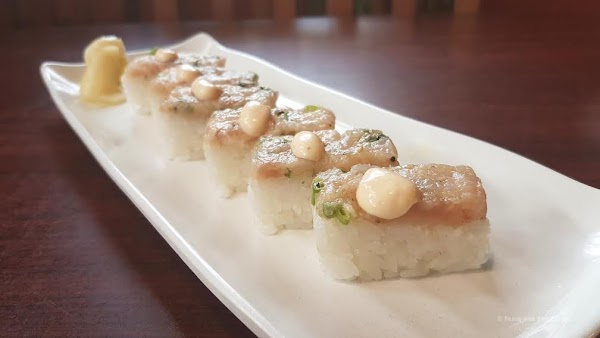 Who doesn’t love a good Chirashi Don? With a price tag of $15.95, you get all the benefits of having an assortment of sashimi pieces plus the added bonus of rice seasoned with furikake and sesame seeds. The one that they serve at Okoman Sushi is practically brimming over with fresh sashimi. Admittedly, it is difficult to get down to the rice below without eating some of the sashimi first. There was a good selection of different sashimi including: 3pc Atlantic salmon, 3pc snapper (I think), 3pc wild salmon, 2pc hokkigai, 3pc toro, 3pc tuna, 3pc tuna tataki, tamago, and ebi. You really can’t beat the price and the fish (especially the toro and salmon) were really good. 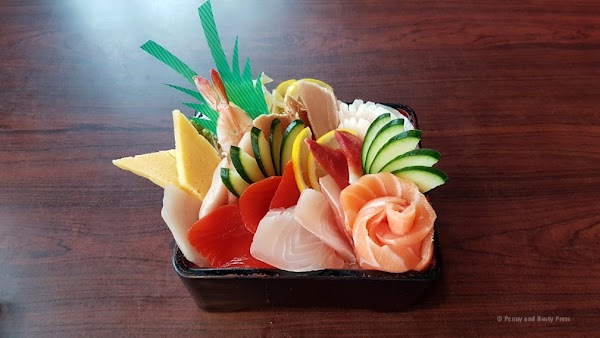 I suppose one day that I’ll have to return for a visit to try their Korean items.