L.A. Sushi: Sashimi at the Crest

It’s been a few years since my last visit to L.A. Sushi in the Crest Shopping Centre in Burnaby so I thought it was about time to repay them a visit.

The menu offering here is decidedly old school with a mix of classic items that you’d expect to find such as sushi rolls, donburi, and sashimi – it was this last item that drew me here as I had a hankering for some sashimi.

The Assorted Sashimi ($19.55) is the chef’s choice and is described in the menu as coming with 12 pieces (but I counted more than that on my plate): 1 piece of tamago (cut in two), 2 pieces of hokkigai (surf clam), 3 pieces of tako (octopus) that were a bit squishy but okay, 4 pieces of Atlanic salmon, 1 piece of wild salmon, 3 pieces of shime saba (marinated mackerel), 3 pieces of tai (red snapper), and 3 pieces of tuna. 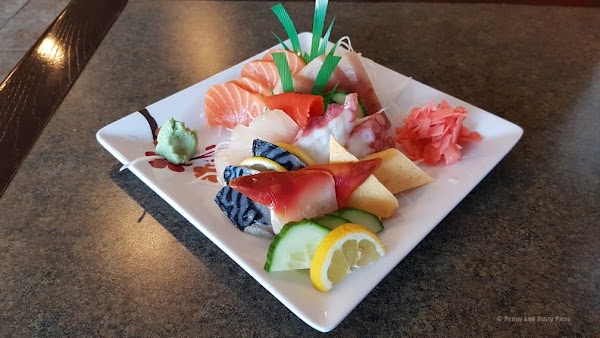 Overall, my favourite was the salmon which had a smooth and buttery texture while the tuna was a bit on the cold side but not too bad. I couldn’t immediately tell what the translucent sashimi was that resembled a firmer tuna but later found out it was red snapper (I didn’t even see red snapper on the menu). 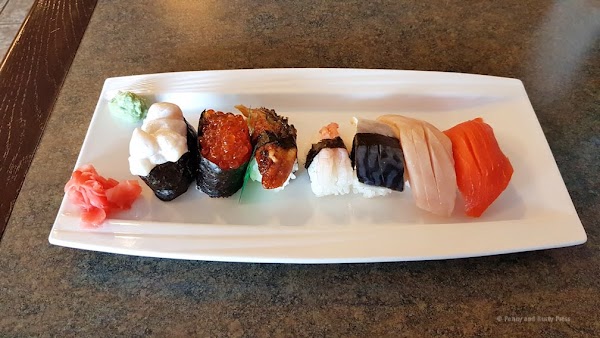 I noticed that they are fairly generous with their sashimi pieces… most notably with the salmon, tuna, saba (mackerel), ikura, and chopped scallop. I especially liked the buttery tuna belly and most of the other pieces were spot-on. 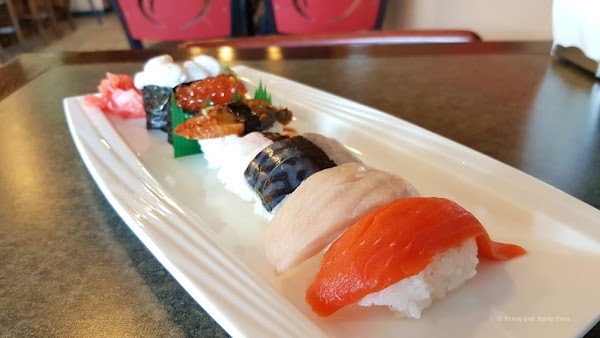 On a subsequent visit, I opted for their version of a Chirashi Don ($18.50) which comes with miso soup. I thought the price sounded a bit on the high side but when the massive bowl arrived at my table, I could see why – this could easily feed 2 people. The sashimi, as in my other visit, was clean and fresh and consisted of 4 pieces of salmon, 3 pieces of tuna, 3 pieces of tako, 2 pieces of wild salmon, 2 pieces of surf clam, 3 pieces of mackerel, 2 pieces of squid, 4 pieces of snapper (I think), as well as tamago. For the first time in a long while, I think I bit off more than I could chew… but I did manage to finish all of the sashimi in this bowl. There’s quite a bit of sushi rice underneath that went to waste because I couldn’t finish it though. 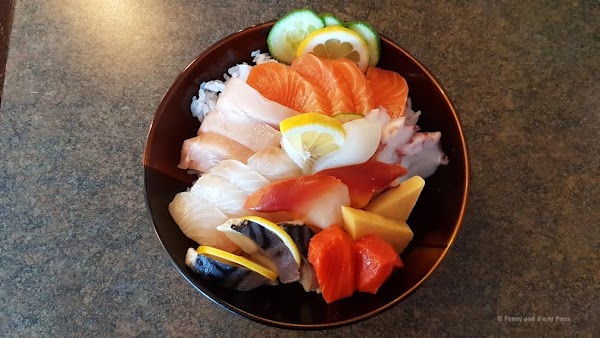 In late November, I decided to try one of their numerous sushi rolls on their menu and ordered the Tiger Roll ($11.85) which is filled with imitation crab meat, prawn tempura, avocado, and cucumber and then topped with alternating ebi and avocado on top with a special sauce. The roll itself is quite large and the filling reminded me of a mix between a California roll and a dragon roll. 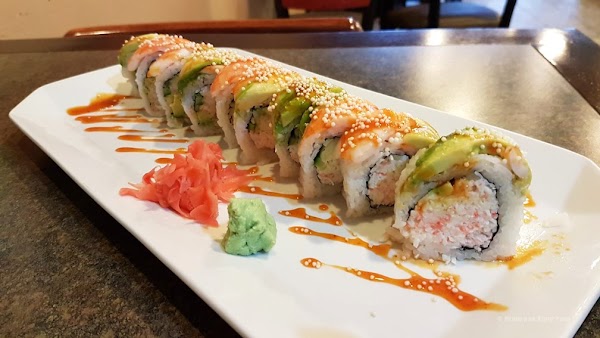 In late December, I returned for a quick lunch comprised of Tuna and Salmon Sashimi ($13.85) and Futomaki ($6.50). As I’ve stated previously, the sashimi here is pretty good and you get 8 pieces of thick sashimi in the dish. Both tuna and salmon were fresh and slid down so easily. 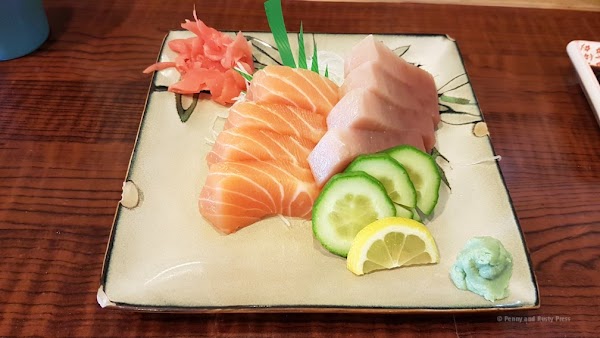 Futomaki is known as a “fat” roll and this version is no exception. Filled with a combination of tamago, yellow radish, carrot, cucumber, and pickled pumpkin, it can be a bit daunting to try and pick up. 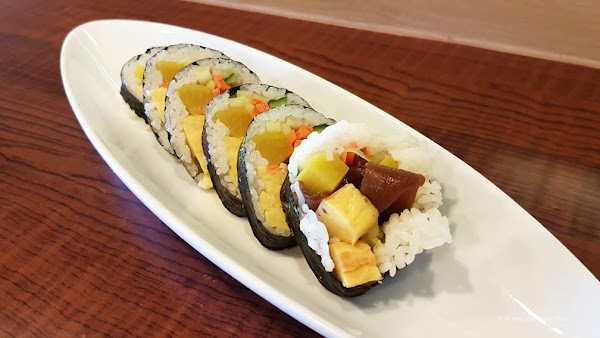 Another visit to LA Sushi had me picking up some more nigiri sushi… Wild Salmon ($2.40), Toro ($2.20), Chopped Scallop ($2.20), Ikura $2.50, and Unagi ($2.65). Simple but good… especially the buttery toro and the plump scallops. Their Dragon Roll ($11.95) is like a giant California roll topped with unagi and avocado. It’s satisfying but I guess I’ve been spoiled by places that present Dragon rolls in the shape of a dragon with a “dragon face” decoration on one end. 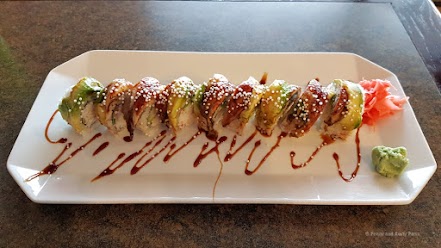 Overall, a nice little sushi restaurant in the area and the chef is friendly but the menu offering is a bit limiting.