← L.A. Sushi: Sashimi at the Crest
Varadero Cafe: Cuban Food on the Drive →

Continental Seafood is quite a large and spacious Chinese restaurant located in Richmond and they are one of the few dim sum restaurants that still use push carts. Apparently, they also have menus that you can order from but we didn’t receive a menu and had to rely on their push cart service.

The thing that I found a bit annoying was that, unlike other dim sum restaurants that use push carts, their servers rarely announced what dishes they were hawking.

We started out with the Steamed Beef Balls. As with many of the dishes here, the beef balls had a definite meaty and firm texture. 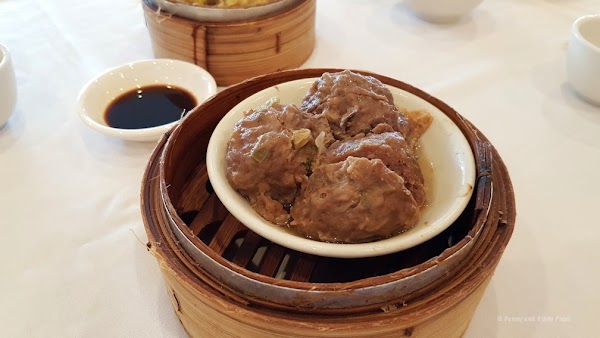 The Steamed Siu Mai echoed what we experienced with the beef balls… only with a fairly firm and meaty pork filling. 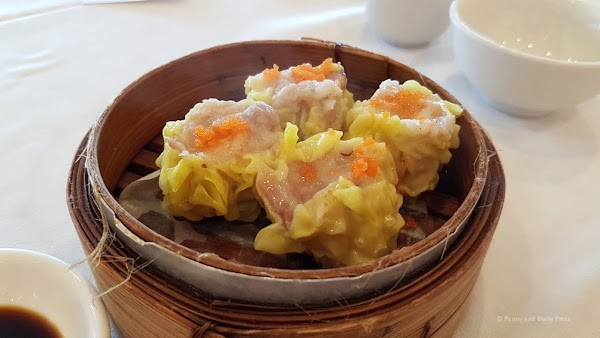 The next dish that we ordered was the Ham Sui Gok which has the shape of a football and a meat filling that’s stuffed inside the crisp and chewy glutinous rice flour dough that’s been deep-fried. 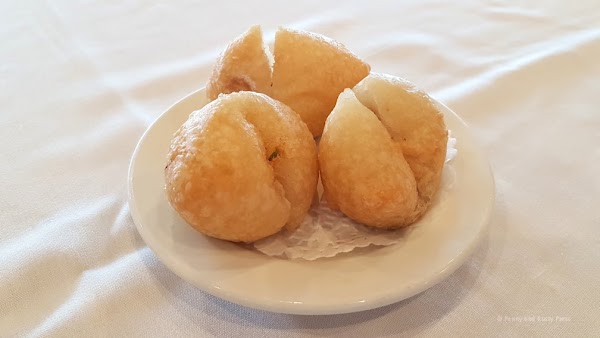 The Steamed Spare Ribs were fairly good as the meaty pieces fell off the bone easily and there wasn’t much cartilage. 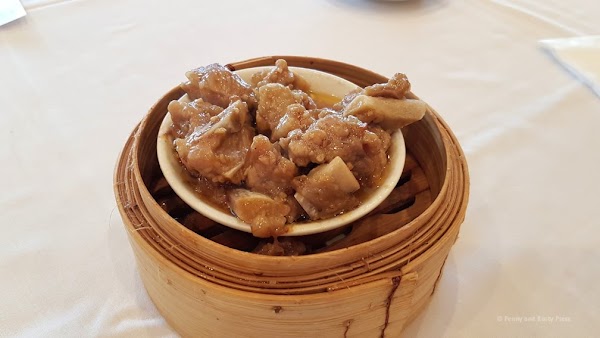 The Steamed Beef Rice Rolls were velvety smooth (which made it a bit difficult to pick up) and filled with a mix of minced beef and cilantro filling. 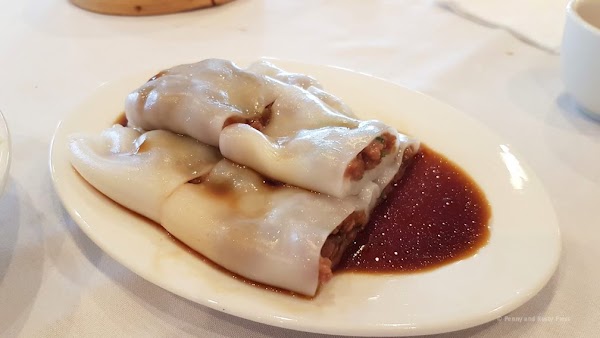 The last dish for us was the Fried Squid. There was a generous portion of golden-hued squid pieces with some minced garlic and hot peppers. While the first piece that I ate was a bit chewy, the rest of the pieces turned out pretty good. Our meal came out to $43.55 before taxes so it’s a bit on the higher end when compared to some other dim sum restaurants (most of the dishes were medium except for the squid which priced as a special dish). 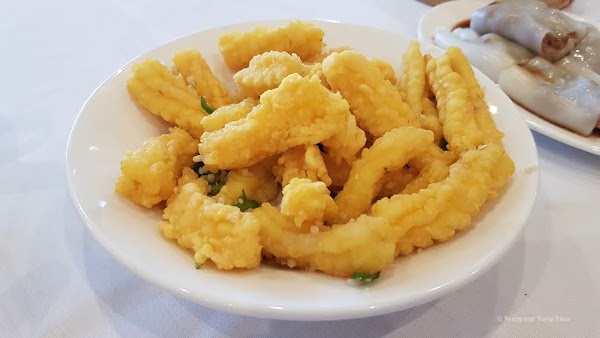 Even given the size of the restaurant, there was a bit of a wait by the time we left. However, I think this might be more of an indication of their lack of efficiency. If you’re looking for a dim sum restaurant that still serves push cart dim sum, it’s not a bad place to try out. But if you’re looking for a specific dim sum dish, it might be better to order the dish off the menu instead of waiting for it to come out.

← L.A. Sushi: Sashimi at the Crest
Varadero Cafe: Cuban Food on the Drive →