Kazu Japanese Restaurant is a small but busy restaurant located on the Hastings corridor in Burnaby. The interior isn’t much to look at and the walls are plastered with various special menu items but you shouldn’t let that detract you from visiting.

While looking for some Japanese eats in late September, we stopped by this place for a quick lunch. The food came out fairly quick and most items turned out pretty good. We started with an order of Gomae ($3.95) which is a serving of boiled spinach that’s been mixed with a sesame dressing. While generally served chilled, I found this dish to be just a bit too cold for me. Honestly, that’s probably the worst thing that I have to say about this place. 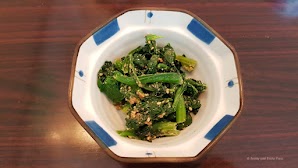 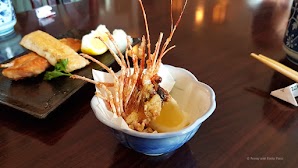 Our next dish was the Assorted Sashimi ($18.75) which included tuna, wild salmon, tako (octopus), hamachi (yellowtail), scallop topped with fish roe, amaebi (sweet shrimp), and some type of thin, white sashimi which had a clean but crunchy texture (assuming it was some type of conch or whelk). The tuna was very good as it was served at the right temperature and was buttery to the bite. While I liked all of the sashimi here, the one that really stood out to me was the hamachi – super tender. They also brought out a freshly fried shrimp head (which I think would have been presented better if it came out on the same plate as the sashimi). 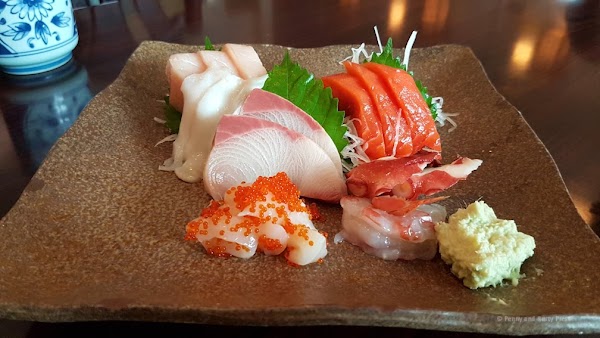 Next up was the BBQ Wild Salmon Belly ($4.50) – another solid dish with buttery and fatty salmon belly. 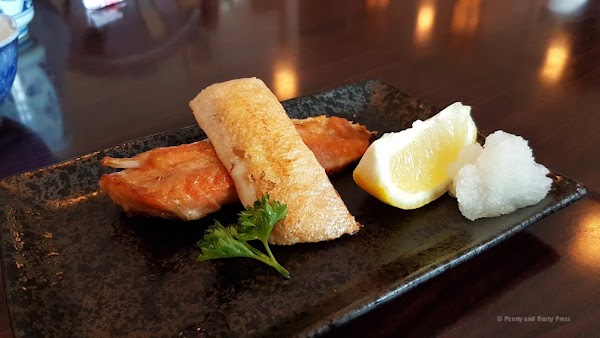 The smallish Deep-Fried Oysters ($5.50 for 3 pieces) were served with a thick, brown, tonkatsu sauce. These fried morsels were piping hot with a crunchy exterior coating which kept the meat on the inside super juicy. 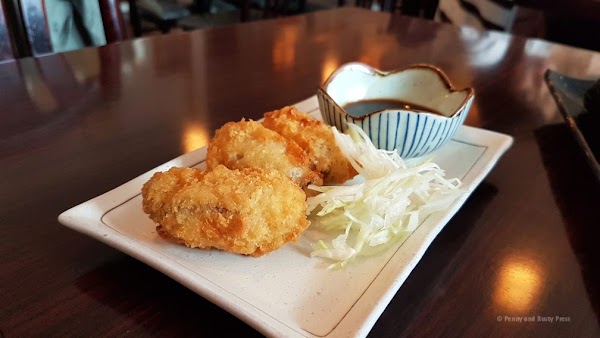 We finished off our meal with their signature Kazu Roll ($11.75). A bit on the expensive side for a roll but it contained tuna, salmon, scallop, masago, crab meat, lettuce, and mayo. At first, I thought the pieces were cut a bit too big but that was just because there was so much filling. It held up pretty good and didn’t really fall apart like some other house rolls I’ve had before. The mayo added a nice creamy aspect to the roll without being overly saucy. 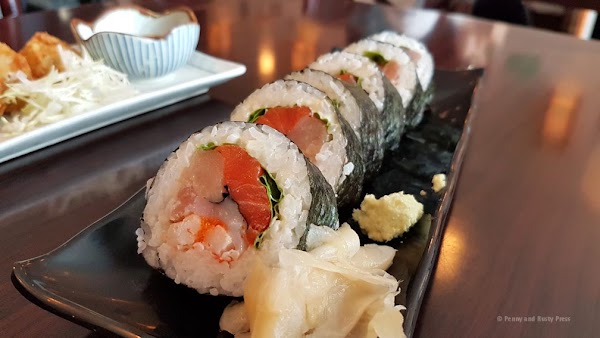 Overall, I was quite pleased with the food here.