Golden Paramount Seafood Restaurant (I know, the name sounds just like all of the other Chinese restaurants) recently moved from a small strip mall into a brick building next door. The layout and the building itself is a bit confusing as we had a bit of trouble finding the place after parking in the attached parking structure.

Things weren’t very busy when we visited on a Sunday morning in late October (but that suits us fine because we don’t like lineups… especially when we’re hangry). We stuck with a bunch of dim sum items that we almost always order… Steamed Bean Curd Rolls ($7) and Steamed Beef Tripe ($7). 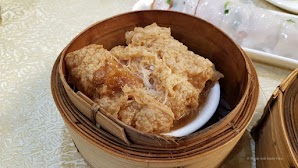 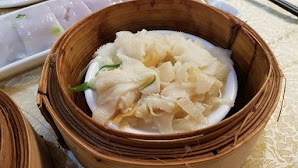 The Deep-Fried Chinese Doughnut Rice Roll ($7.50) was quite good here. In some places, the Chinese doughnut is too hard and in other places, it’s too soft. This one had the right amount of crispness without being too crunchy. 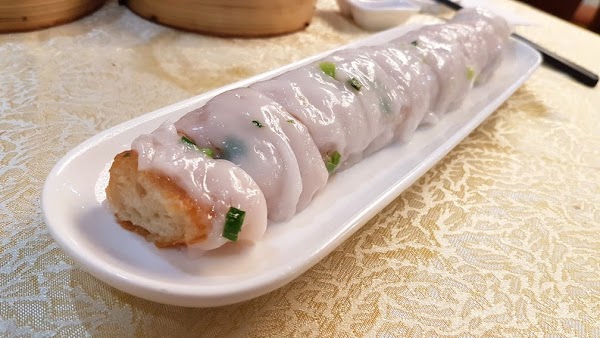 Next up was the Siu Mai ($7) dumplings with a bouncy shrimp and pork filling and topped with fish roe. 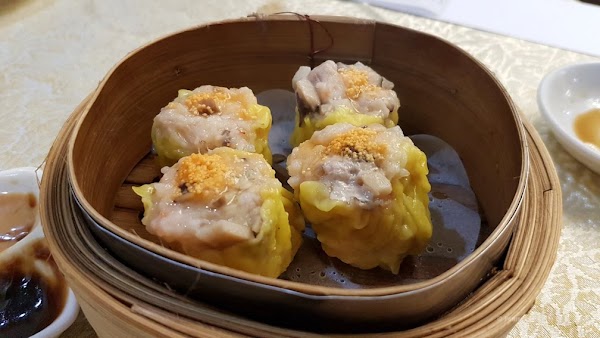 And last off was the Pork Spareribs in Garlic Sauce ($7). 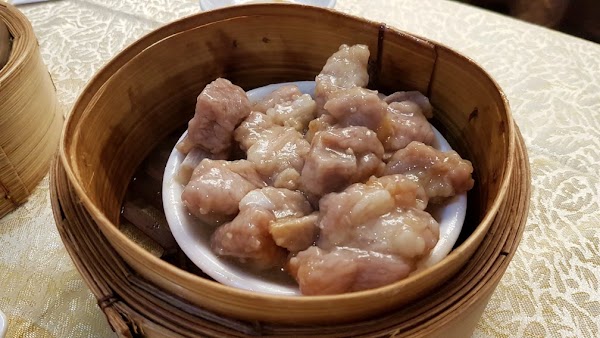 Most items were fairly standard in terms of dim sum fare but prices seemed a bit high. That being said, they did offer 10% discount (early bird?) but it’s cash only so make sure you bring some greenbacks.