Having been a fan of the food at The Flying Pig, I’ve been looking forward to trying WildTale for quite some time as it was opened by the same chefs. Actually, the WildTale in Olympic Village is just a stone’s throw away from The Flying Pig on West 2nd Ave.

We started our meal with some Buttermilk Fried Oysters ($4.25 per piece) fried up and served with tartar sauce as well as a kale salad. And it isn’t really a festive occasion unless you add some drinks so we ordered a Blue Empress ($12.50) and Smoking Rose ($12.25). 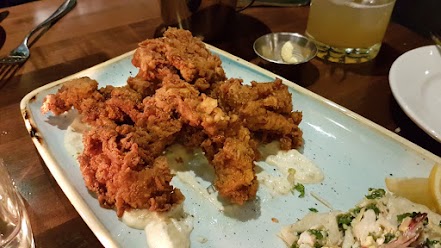 They also had a special with Clams and Mussels with Frites served in a white wine broth. I like that they include both clams and mussels as usually you only see this served with mussels. 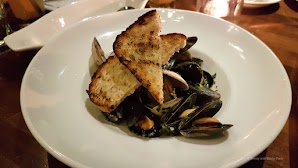 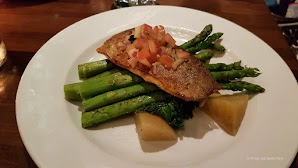 The lamb chops, served on a bed of goat cheese mashed potatoes with a cabernet jus, turned out amazing! The lamb was so tender and juicy… 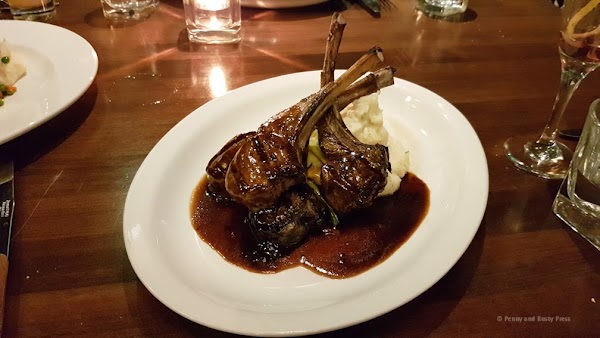 Although we were stuffed, we ordered the Apple Crumble for dessert and were surprised at how large this was. I can still taste the spiced apple pieces when I look at this picture. It’s more than enough for sharing and I don’t think we finished it. 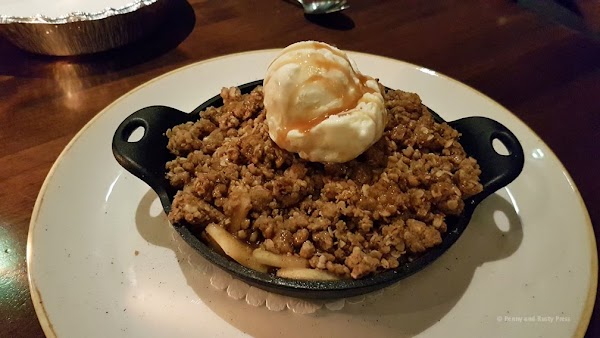 Overall, service was friendly and the food was super tasty.