I’m not sure why, but I’ve noticed that many of the Szechuan restaurants around town have very generic names such as “Szechuan Restaurant”, “Szechuan Cuisine”, “Szechuan House”, “New Szechuan Restaurant”, and one of the newest… Szechuan Tasty Restaurant which opened up last year on Kingsway, across from Metrotown and in the former Tai Won location. The reason why I bring this up is because it can get very confusing when you’re looking for a restaurant and they all sound the same.

On my first visit to this shop on a rainy November, I had a hankering for some of their handmade noodles but then I also saw they had Steamed Xiao Long Bao ($6.98) so I grabbed an order of that too. The dumplings weren’t too bad and the skin was relatively thin except for the thick twirl on top. I did notice that the skin was a bit sticky and that some of the dumplings had more soup than the others. Overall, not too bad but they didn’t have any dipping sauce to go with it. 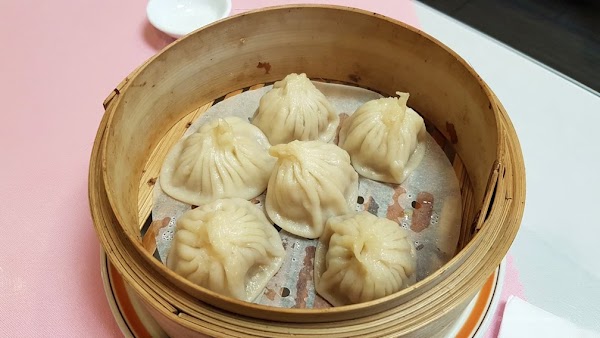 For my noodle order, I picked the Lan-Zhou Style Beef Noodles ($9.98) named after the largest city in the Gansu Province of Northwest China. You can choose between beef brisket and beef flank as well as whether you want cutting or dragging noodles – I opted for the brisket and cutting noodles. There was a plentiful amount of thinish broad noodles that proved to be very slippery (I mention this because this can cause a lot of splashing as noodles fall back into the bowl resulting in broth all over your shirt). The brisket had a lot of fat attached it which might be a turnoff for some. 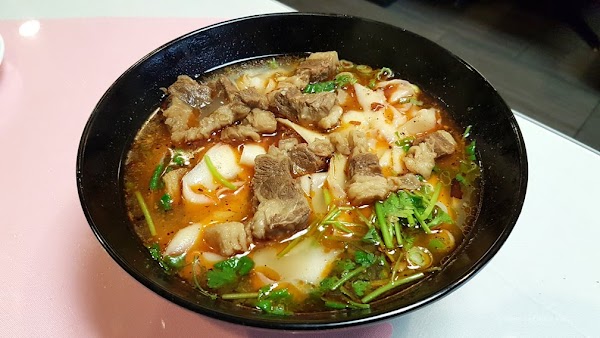 On my next visit here, I ordered the Dan Dan Noodles ($9.98) with peanut sauce. Based on my last visit, I shouldn’t have been surprised at how much noodles were in this bowl. The dragging style noodles had a nice chewy texture that sticks to your gut. Definitely a good place to go to if you’re looking to carb up. 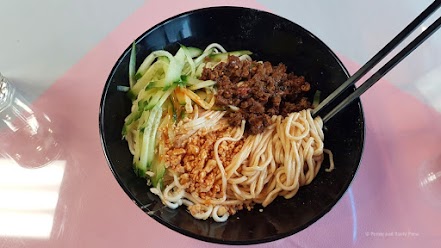 I saw that they had skewers here so I made a point to revisit and ordered their Grilled Lamb Skewers ($3 each). A bit on the pricey side if you ask me… but the aroma of spicy chili peppers soon arrived at my table. Despite this, I didn’t really feel the spicy heat until the last piece so it definitely creeps up on you. I found the lamb to have a pleasant amount of fatty bits but the spices that coated the skewers fell off easily which made quite a mess (both to the table and to my teeth). 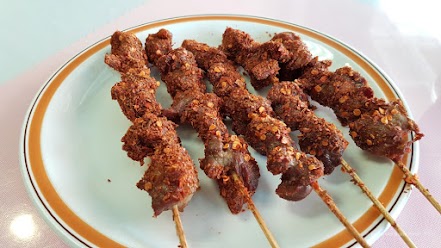 Since I liked the lamb skewers, I wound up revisiting to try their Cumin Flavoured Lamb Fried Noodles ($12.98). This dish had a good amount of wok hei caramelization and toothsome noodles combined with tender but slightly fatty pieces of lamb. Like the lamb skewers that I had previously, I wound up with a fair amount of cumin stuck between my teeth afterwards. 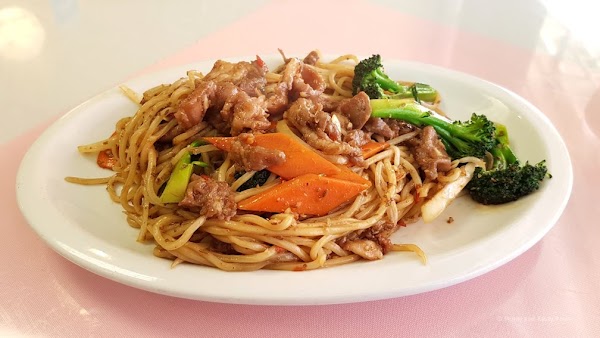 So I’m not sure if this place is still open… I tried to revisit recently but they weren’t open when they should have been.