TerraCotta Boyz is a Chinese noodle shop located in the Old Orchard Shopping Centre in Burnaby. This smallish shop has a few tables on one side of the store and a stand-up counter on the opposite side. Their menu is fairly basic but odds are that you’re coming here for their noodles. 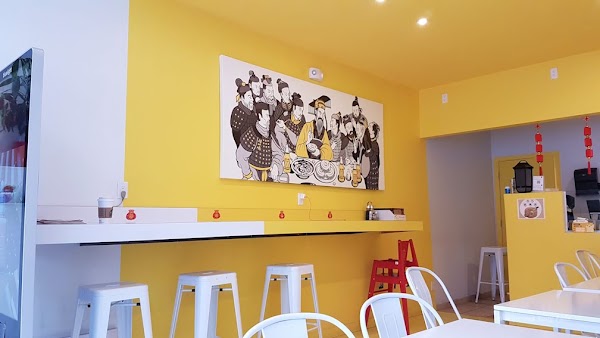 The server had recommended that I try their Spicy & Sour Pork Noodles in Soup ($12) so I took him up on his suggestion. I found that the soup was not overly spicy or sour but it is noticeable (especially if you’re unfamiliar with this combination of flavours). I did enjoy the texture and the varying thickness of the long and wide noodles (I need to work on my noodle pull technique). The dish also contained a small amount of thin meat, cut up tofu puffs, and veggies but it felt a bit sparse. 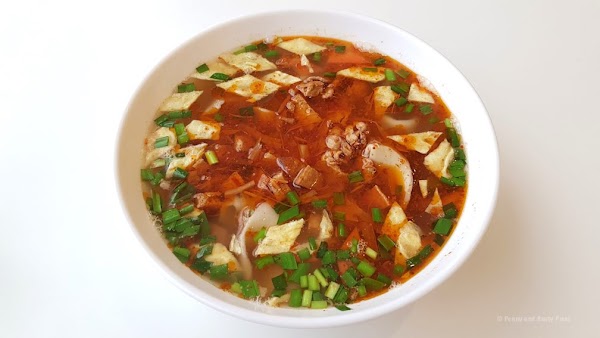 While I was waiting for my meal to arrive, I could hear a loud slapping sound coming from the kitchen… assuming it was from them making their noodles. Overall, I was a bit undecided about this dish so I made a note to come back here and try one of their non-soup noodles to see how that compared. 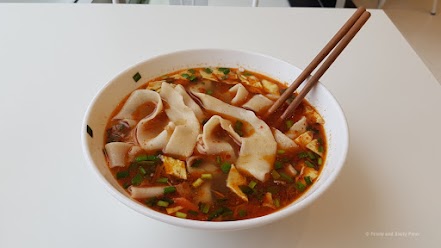 It actually took me about 4 months before I finally managed to come back for a revisit and this time I ordered the Fried Beef Sauce Noodles ($12). As expected, the English on the menu isn’t very descriptive but I wound up pleased with this dish. Again, there was the loud noodle slapping noise coming from the kitchen while I waited. And they had to ask me to move over to the counter because a larger party came in after me. 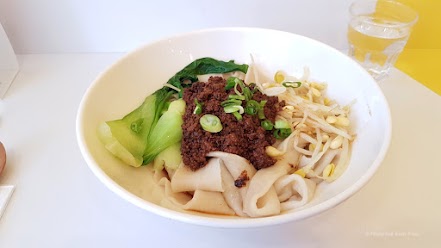 This bowl had a generous portion of long, broad noodles of varying thickness topped off with well-seasoned fried ground beef, sprouts, and a few pieces of veggies. You have to kind of mix it up before you eat and the sauce was only mildly spicy but I did think this turned out quite good.