One of the things that we discovered on our previous trips to Oahu is that you can get quality poke (diced raw fish) in just about any place. We found that out when we popped into a local grocery/liquor store called Tamura’s. Since that time, we’ve stopped by a few more of the Tamura’s locations whenever we’re on a road trip and needing something to eat.

Tamura’s Market Wahiawa – We had originally planned to check out Wahiawā Botanical Garden (basically smack dab in the middle of Oahu) but after the hour long drive from Keawaula Beach, we realized that the rain was just coming down too hard in Wahiawa. So things weren’t a complete loss, we stopped by Tamura’s Market for some poke.

This location is actually more like a full-fledged grocery store but they still had the large deli inside with a countless selection of poke varieties. 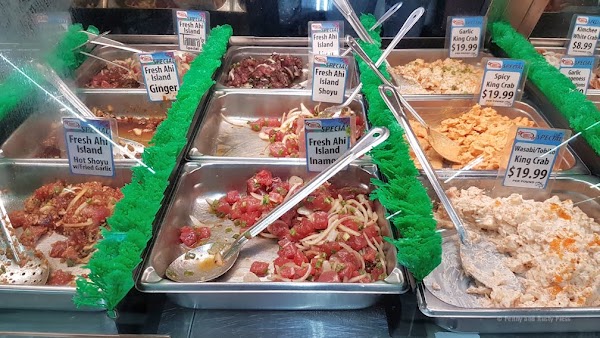 We wound up ordering the Garlic King Crab Poke and Tamura’s Special Ahi Poke. Originally, I felt like the garlic king crab was the way to go… I mean, that’s how we eat steamed king crab at home. As it turns out, they use a lot (and I mean a LOT) of garlic in this poke dish and it was pretty overwhelming. If you like a very garlicky king crab, you might enjoy this. Otherwise, stick with one of the other varieties. 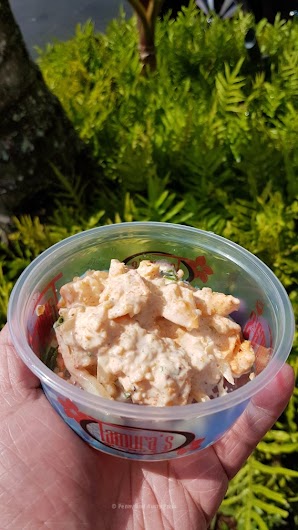 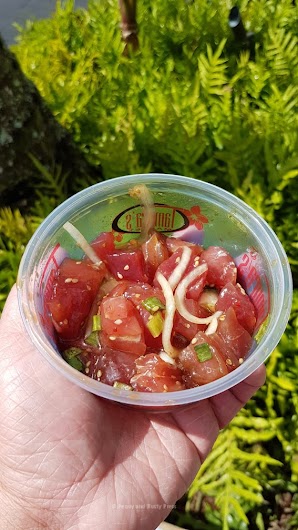 Their special ahi poke, though, was pretty spot on. Wish we ordered more than a 1/4 lb of this one.