Finding ourselves in the West End, which is a rare occasion, we had intended on visiting a particular restaurant on Robson Street but, after seeing the long lineup queuing outside, we headed over to nearby Banana Leaf instead.

Banana Leaf is a popular Malaysian eatery with a number of outlets around town. We started out our Sunday morning feast with a Virgin Lychee Mojito ($5) and Curry Spiced Oysters ($12). I’ve had this slushy drink before in the past but felt like the one served here was a bit lacking in flavour. The deep-fried oysters, however, were on point with a delicately light coating. 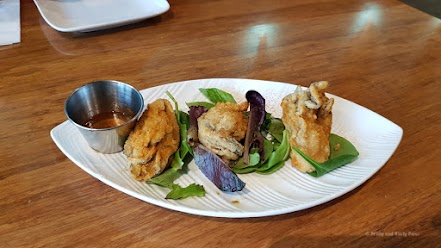 One of the things that Banana Leaf is known for is their set meals which lets you try a bunch of different items. When we saw the picture of their Malaysian Brunch ($17), we knew we were going to order it. Served in a cast iron pan, you get everything you need for a perfect meal… tender rendang beef, roti canai with a curry dipping sauce, eggplant fries, krupuk (deep-fried crackers/chips), sayur lemak (vegetable curry), and turmeric rice topped with a fried egg. 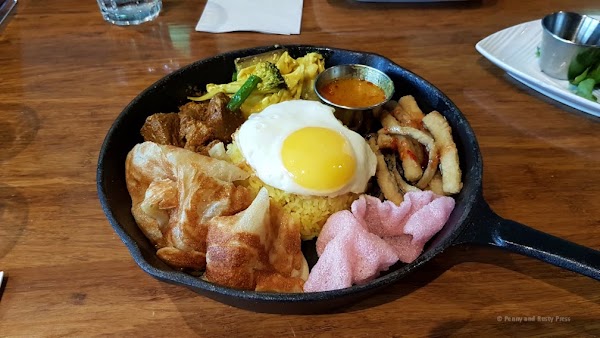 We also wound up ordering the Chicken Satay ($8) with a well-balanced peanut-based dipping sauce. 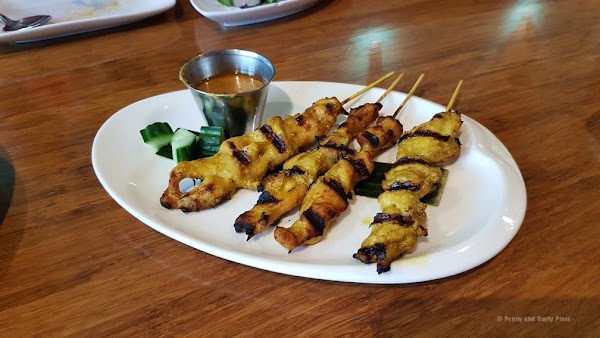 Overall, I’m actually quite pleased that we wound up here instead of our originally planned destination.