Joyful Seafood Restaurant is the name of the latest restaurant to occupy the spot on Kingsway in Burnaby that used to be New Starlet and Po King before that. We visited in early April and the place was already hopping on a Saturday morning (there’s not many dim sum options in Burnaby). The wait was about 30+ minutes and partly due to the fact that the restaurant is a bit smallish. The other reason was probably all of the patrons who tried to cut the line by sitting themselves down whenever they saw a table empty up. 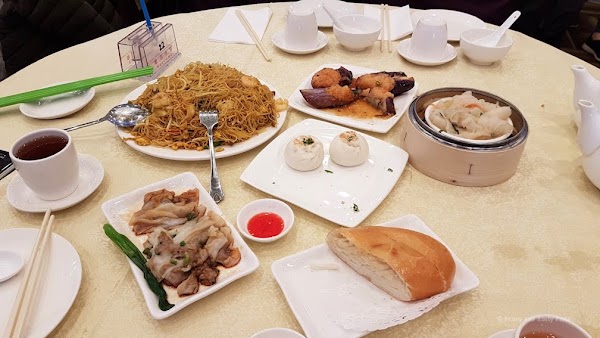 We originally ordered the Beef Rice Roll ($6.58) based on the picture in the menu but what arrived at our table was far from what we saw in the picture. Still, the somewhat deconstructed version was fairly tasty but difficult to pick up. 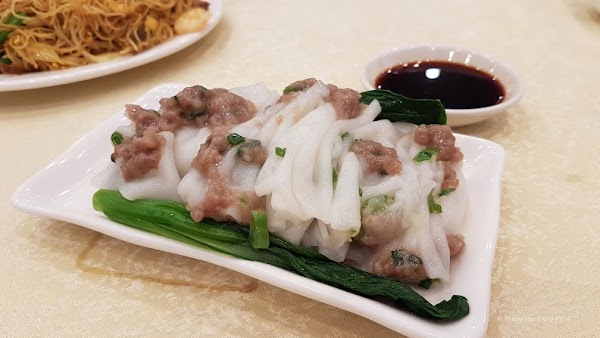 You’d think by now that we’d know better than to order a Shanghai dish from a restaurant that doesn’t specialize in Shanghainese cuisine. However, we wound up ordering the Pan Fried Pork Buns ($6.58) here and I was a bit disappointed that it lacked the juicy pork filling and the noticeable char on the bottom of the buns. Instead, the bun was quite soft and fluffy (which wasn’t necessarily a bad thing) but the filling was far from moist. 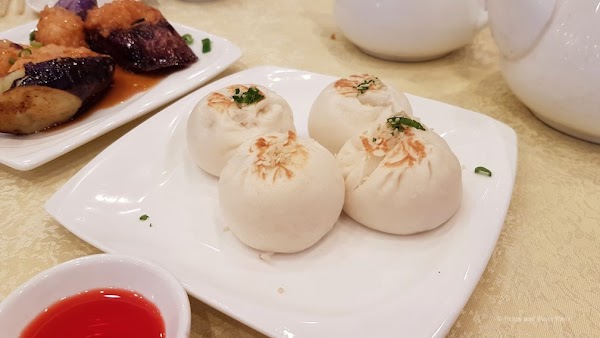 If you’re like me, anything deep-fried is probably a winner. The Deep Fried Silver Thread Roll with condensed milk ($4.98) is a bit of a confusing name for a dish but is basically a bun which has been deep-fried to a crisp and golden-hue. On the inside, layers (or threads) of soft, fluffy, white bread are just waiting to be dipped in the condensed milk. 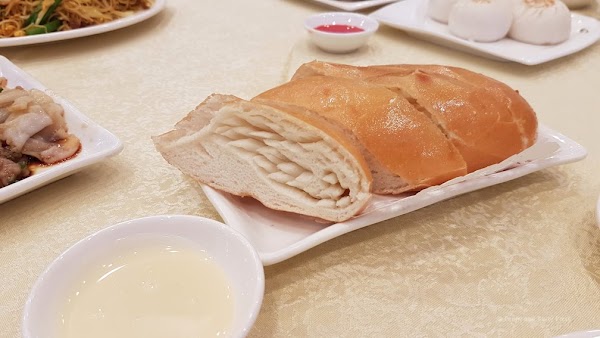 This big mountain of noodles is their Singapore-Style Rice Vermicelli ($16.98) and, as you can tell, a massive serving. 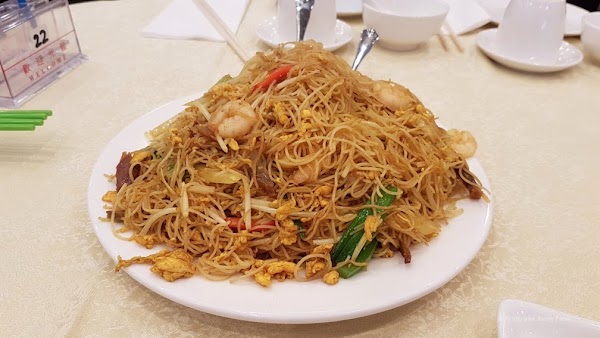 The Eggplant Stuffed with Shrimp Paste ($6.58) turned out pretty good. 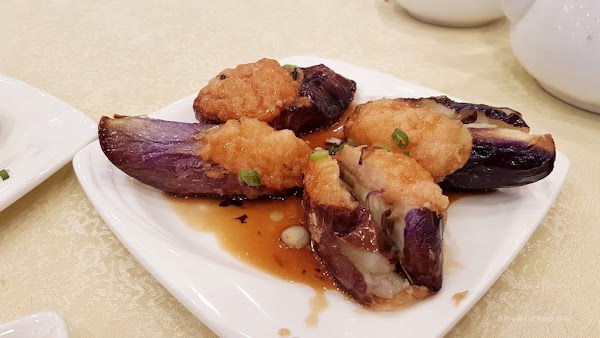 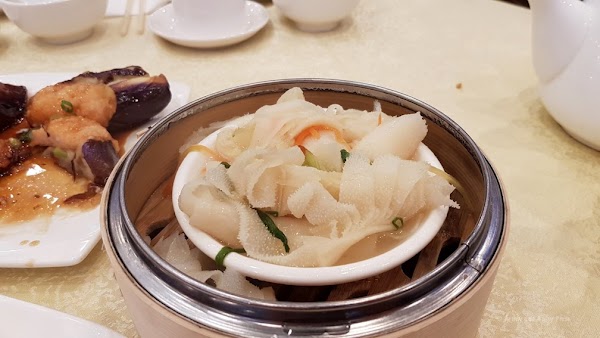 The Chilled Osmanthus Gelatin ($4.98) actually arrived last – which is sometimes surprising as most Chinese restaurants just bring it out early on because it’s already made (not sure if it just wasn’t ready earlier or if they purposely waited until all of our other dishes were out). 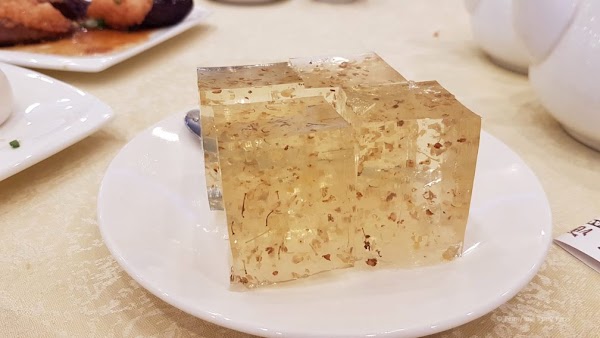 I found that most of the items were pretty good but service is typical of a Chinese restaurant and we were a bit put off by all of the rude diners trying to cut the line. Despite this, we wound up coming back for a revisit about 3 months later. At around 11am on a Saturday, the place was already full and there was a bit of a lineup in front of us. They initially told us it would be a 45-min wait but, as we were just a table for 2, they managed to fit us in within about 5 minutes (although we had to sit at a table near the entrance). 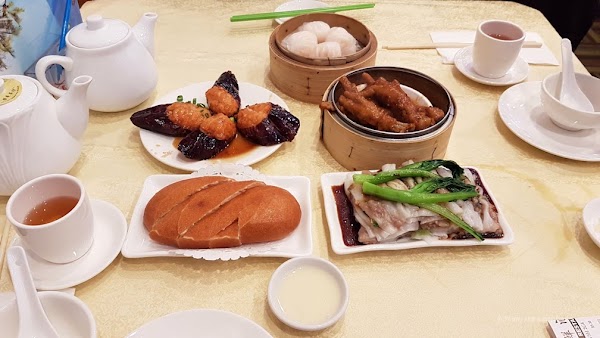 We wound up ordering some of the same dishes that we had last time… such as the Beef Rice Roll ($6.98) and the Eggplant Stuffed with Shrimp Paste ($6.88)… both solid dishes (and I do appreciate that they cut the eggplant pieces the proper way). 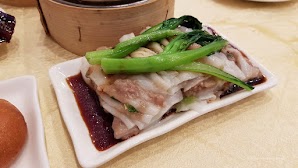 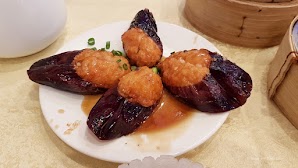 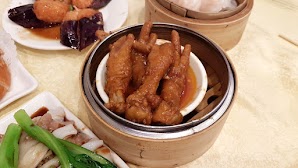 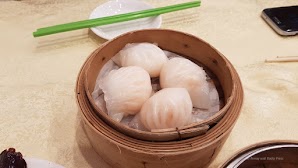 To satisfy our carb cravings, we also ordered the Deep-Fried Silver Thread Roll with Condensed Milk ($5.38) and Braised E-Fu Noodles with Mixed Seafood ($20.38). 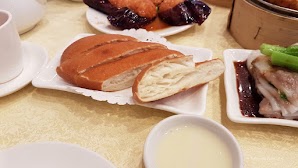 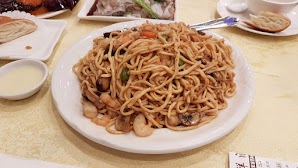 Overall, some pretty good dim sum dishes here and they were still offering a 10% grand opening discount when we last visited. It does get quite busy here tho so best to come early.