Chef of Dumplings is one of the many Asian-themed food stalls in the Aberdeen Centre’s food court… this one specializing in… you guessed it – dumplings! And who doesn’t love a good dumpling from time to time.

I wound up ordering the Boiled Dumpling Combo ($8.75) which comes with your choice of dumpling types (I picked the chive/pork and chicken/watercress) as well as imitation shark fin soup. Boiled dumplings might not sound very exciting but the flavour profile is really enhanced by the type of dipping sauce that you use (they had a couple of different vinegar dipping sauces as well as chili and hot sauces to pick from). 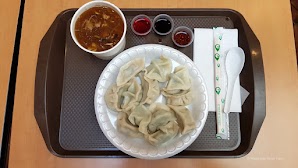 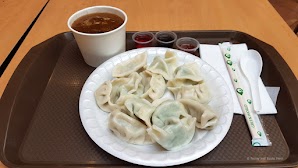