In early April, we noticed that a new Vietnamese restaurant called M.V.P had opened up recently in the Market Crossing complex on Marine Drive in Burnaby. I was a bit confused by the name at first until I learned that it stood for Most Valuable Pho. As things turned out, they had to change their name at the request of their landlord (because there are other competing tenants that also serve pho)… hence their new name… “Little Minh’s”.

Unlike some other old school Vietnamese restaurants, the interior is a bit more modern with a spacious and bright layout with red walls, a large bar counter, and lots of attentive waitresses. Their menu offering, when we first visited, was a bit limited so we decided to try some of their appies on our first visit. The Most Valuable Roll ($5.50) sounded like it was interesting with pork, prawn, vermicelli, bean sprouts, and deep-fried. I was kind of expecting the whole roll to be deep-fried but this actually turned out to be a deep-fried spring roll stuffed inside a prawn salad roll. I’ll admit that this was an interesting combination but I would probably stick to ordering the individual items instead in the future. 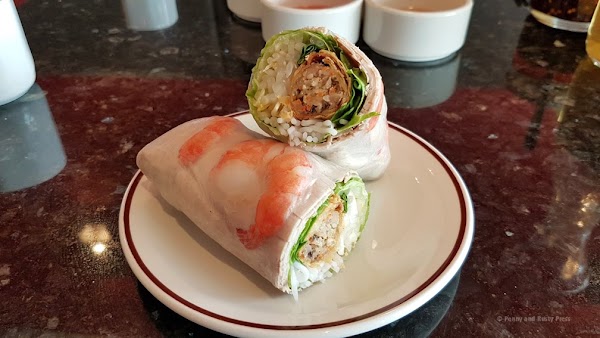 Our next dish to arrive were the Deep Fried Wontons ($7). These hot and crispy dumplings were pretty good but a bit oily (which is kind of to be expected since they’re deep-fried). 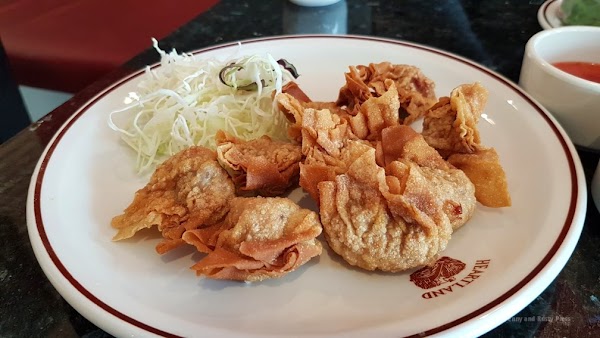 We also ordered their Chicken Wings ($11) with traditional pepper and fish sauce. These turned out pretty good. I mean, they’re not in the same league as Phnom Penh chicken wings but who is? I think I would have liked it had a bit more fish sauce flavour to the dipping sauce. 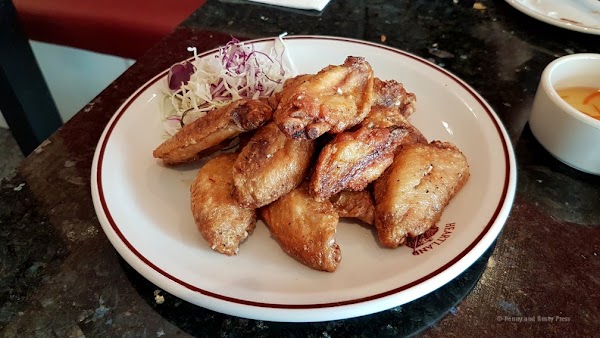 I returned the next day for lunch because I really wanted to try their Banh Mi but, for some reason, they only served them until noon (that has since changed). First, however, I ordered their Spring Roll ($2) which is the same thing that you can find inside the MVP roll. A nicely deep-fried and crispy spring roll. 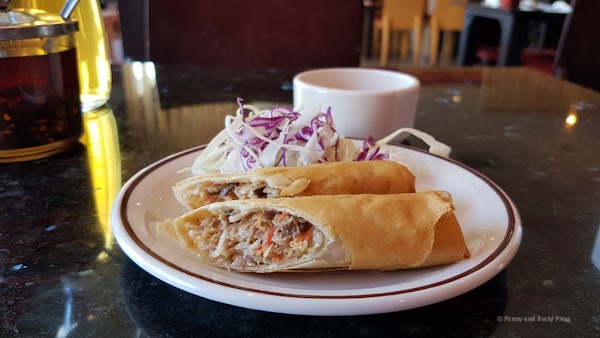 The Banh Mi ($5) that I selected had cold cuts, pate, onions, cucumber, carrots, daikon, and jalapeño slices inside a beautifully crusty roll. I really appreciate that crunch you get when you bite into a banh mi and all of the crumbs go flying all over the table. 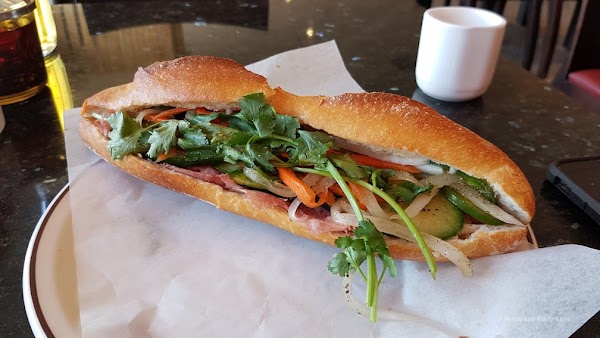 The following week, I decided it was about time that I tried one of their noodle soups… so I ordered the Bun Bo Hue ($13). This dish only comes in one size and it’s a pretty hefty size with generous amounts of thinly sliced brisket, flank, and Vietnamese ham along with thick, round rice noodles. It also comes with hand-made pork balls which I thought were the best part of the dish but were decidedly small. Although the broth was a bit spicy, I thought that it was a bit lacking in terms of lemongrass flavour. 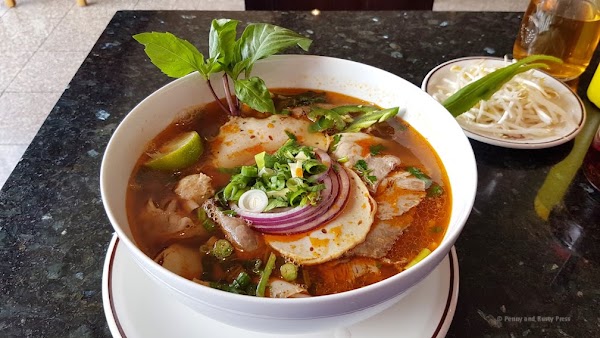 When we returned for a revisit in early May, we ordered their regular Salad Roll along with a Custom Vermicelli Bowl ($14.50) where we picked the grilled chicken, grilled pork, and spring roll. I found the meats were grilled up pretty good and there were plenty of round, slippery, vermicelli noodles on the bottom of the bowl. 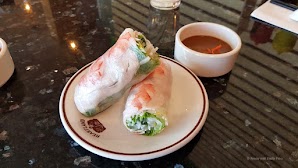 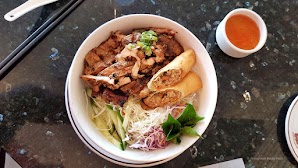 When I returned in June, their old MVP signage appeared to have been completely replaced with their new name “Little Minh’s” and their menu was updated as well (their banh mis are now available past noon). So I ordered the Grilled Chicken Banh Mi ($6.50). As with my earlier visits, the banh mi was pretty good with a nice crusty French roll which was filled with freshly grilled chicken meat, cucumber, pickled radish, pickled carrots, cilantro, pork pate, and Vietnamese mayo. 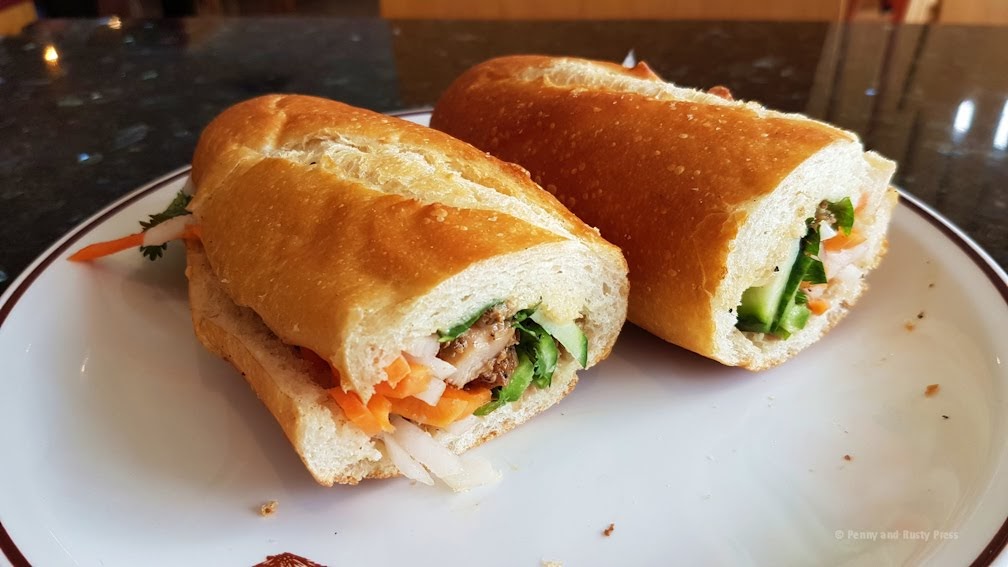 Pork Belly on Rice ($17) is one of the main entrées that I tried on their menu. While the thinly sliced pork had a nice crispy skin (think of Chinese-style roast pork), the meat itself wasn’t too tender. It’s a relatively hearty portion size and served with a sweet and spicy sauce. 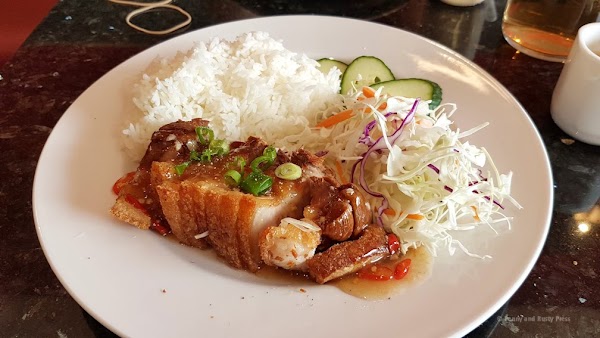 Some days I just crave for a banh mi… I noticed that they had a Beef Brisket Banh Mi ($6.50). The slight variation on this banh mi is the use of thinly sliced beef brisket.

Overall, a good addition to the area.