While the Punjabi Market area of Vancouver is primarily focused on Main Street between 49th and 51st, I’ve always considered the neighbouring area along Fraser Street to be an extension of the Punjabi Market. What you notice, however, is that there are a lot of different ethnic cuisines that are represented along Fraser including Chinese, Japanese, and Korean… such as So Hyang Korean Cuisine.

The interior of the restaurant is a bit narrow in the back owing to the kitchen occupying one side of the restaurant. We decided the try a bunch of dishes: Hae Mool Pa Jun ($19.95), Chicken Bulgogi ($15.95), Japchae ($16.95), and Sundubu Jjigae ($10.95). As expected, most Korean dishes are served “family-style” and meant for sharing so they are typically fairly generous in serving size. 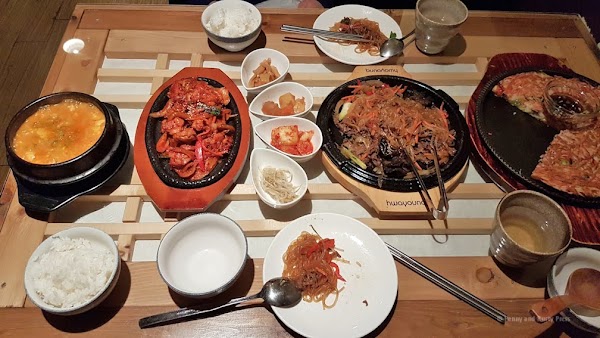 The seafood pancake turned out quite well with a nice crispness and a tasty filling. 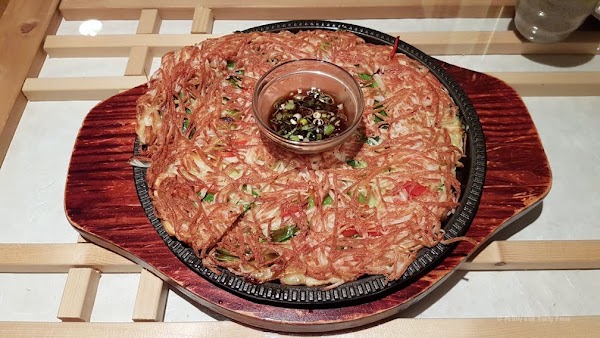 Japchae is a stir-fried dish made with sweet potato noodles that gives it a characteristically chewy and toothsome texture. This version included beef and veggies such as the black cloud ear mushrooms which I’m particularly fond of. 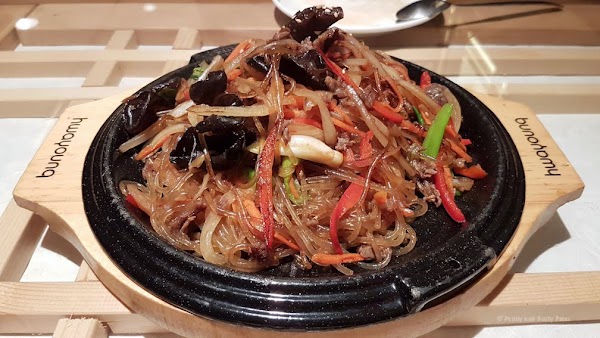 It wouldn’t be a Korean meal without ordering a bubbling hot bowl of tofu soup. This seafood version had plenty of tender (but scaldingly hot) soft tofu as well as octopus, shrimp, clams, and mussels. 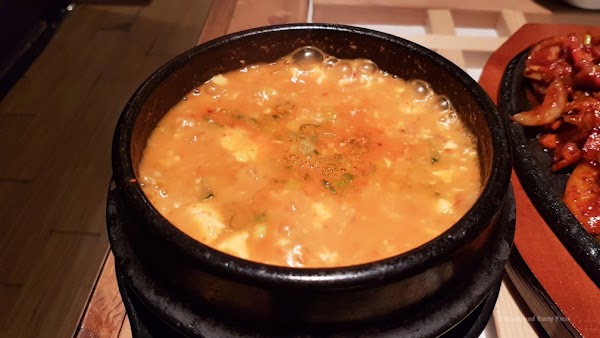 The chicken bulgogi was accompanied with some banchan side dishes. By this time, we were fairly full but pressed on. 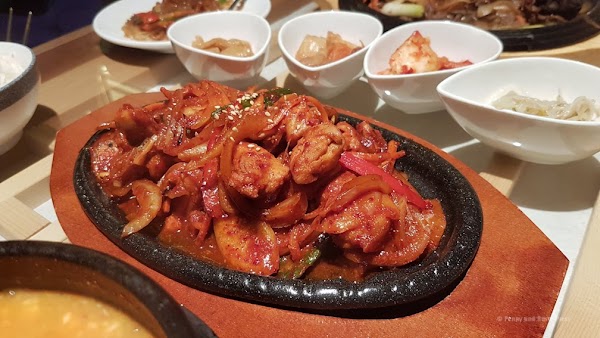 I’d say the food here was pretty good and service was adequately friendly.