We only recently noticed that the extravagantly large restaurant located on the 2nd floor of the Marine Gateway complex had changed from Ban Dao Peal to Neptune Palace Seafood Restaurant so we decided to pop in for a visit. The interior is expansive and impressive, right down to the blingy columns and the plush carpeting. The nice thing is that you don’t feel squished in like some smaller restaurants.

Our first dim sum dish to arrive was the Deep Fried Mashed Taro Pastry with BBQ Duck ($6.98) and I’ve got to give them extra points for presentation of this dish. While these dumplings looked more like swans than ducks, it was still fun to bite through the fluffy exterior nonetheless. As expected, the mashed taro makes this a filling item. 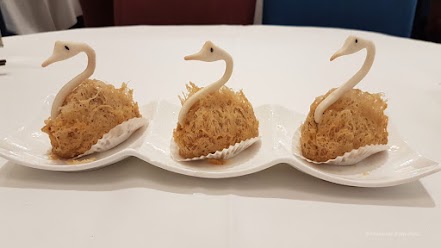 The Beef Tripe and Tendon in Zhu Hou Sauce ($6.98) was quite tender and had plenty of tendon and honeycomb tripe but I felt that they needed to cut the pieces a bit smaller to make them easier to eat. 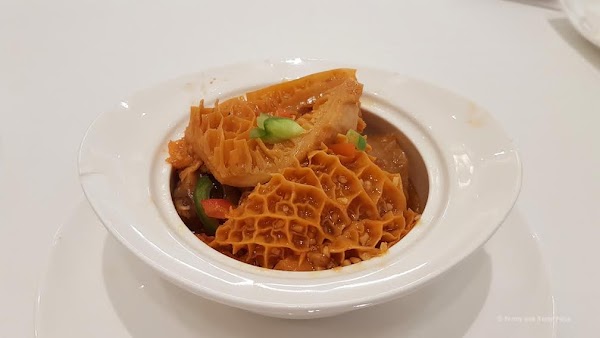 One of the items that I thought they could have been better was the Chinese Donut Rice Roll ($7.98). The Chinese donut that was encased in the velvety rice roll had an inconsistent texture and seemed like it might have been sitting too long. 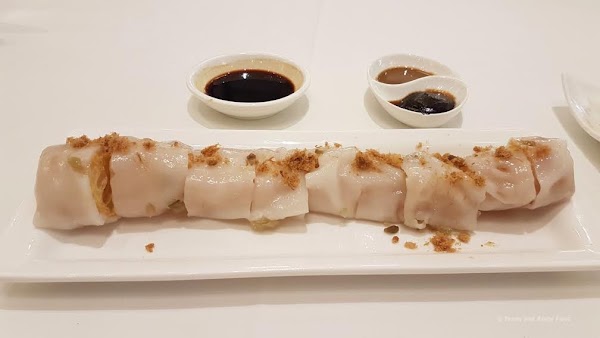 Thankfully, the diminutive but tasty Beef Balls with Tangerine Peel ($6.50) dish was much better. These plump little darlings were tender and bouncy to the bite. 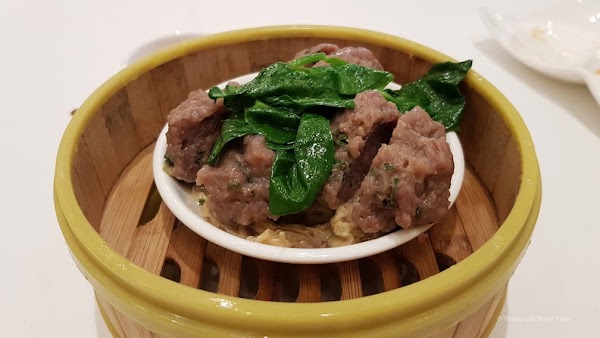 Our penultimate dish was the Truffle Siu Mai ($6.98). While not on par with those found at Chef Tony in terms of truffle essence, there was a slight hint of woody aroma that wafts up before biting into the pleasantly springy pork and shrimp filling. 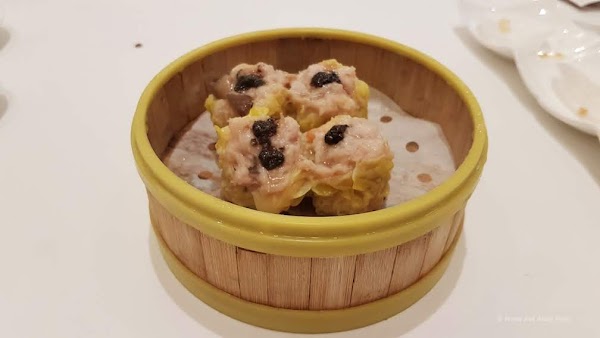 While our first dim sum dish was visually attractive, I feel like they need to work a bit on their dessert items. The Osmanthus with Lychee Gelatin ($4.98) was a fairly basic upside down circular mold that felt more utilitarian than anything else. Fortunately, they were still pretty tasty. 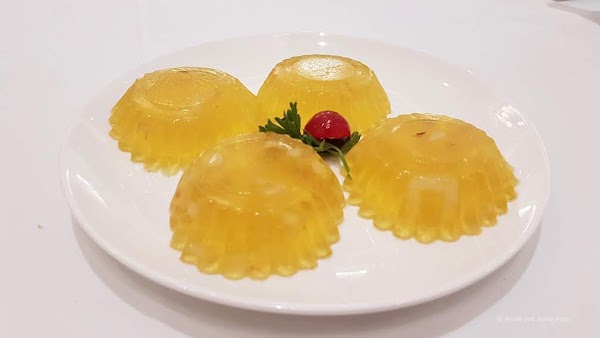 The prices here are a bit on the expensive side, which is to be expected given the pleasant interior. That being said, most of the dishes here were quite good. They do have free underground parking but you have to head on down to P2 to find the right spots. The elevators are also a bit confusing because the ground level is considered “2” so you have to pick “3” to get to the restaurant that’s located on the 2nd floor. 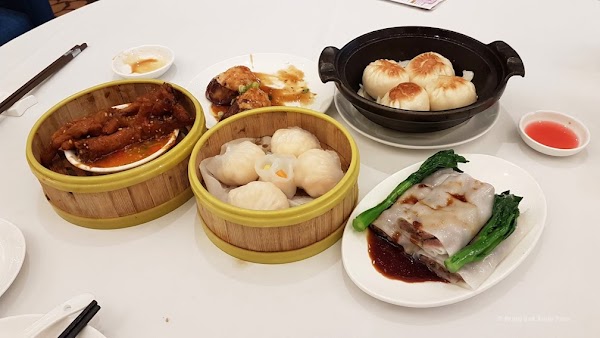 On a subsequent revisit, we tried their Stuffed Eggplant ($7.50). 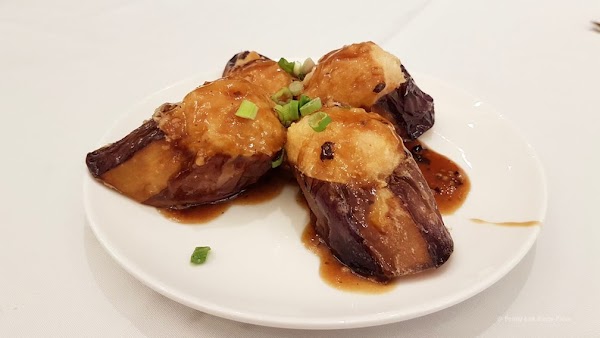 The Chicken Feet in Special Sauce ($6.98) were surprisingly huge. I almost thought they could have been turkey feet. 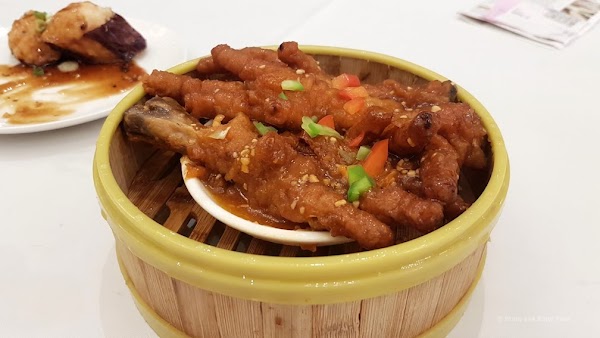 We saw a bunch of other tables order the Pan Fried Pork Bun in Casserole ($6.98) but I’ve got to say that I wasn’t overwhelmingly impressed by them. The buns were adequately fluffy but I found the filling to be too dry for my preferences. 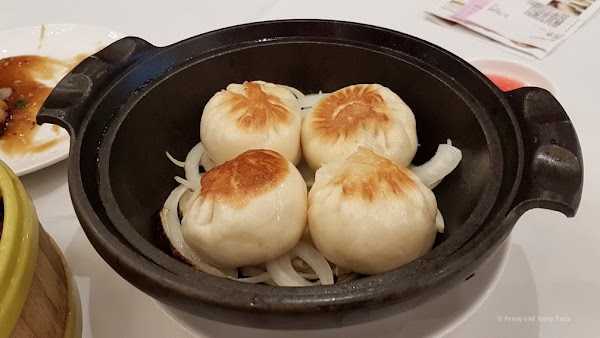 Their eponymously named Neptune Shrimp Dumplings ($7.50) had a definitely plump filling. Side note that the decorative centrepiece in the dish, while technically edible, isn’t very tasty. 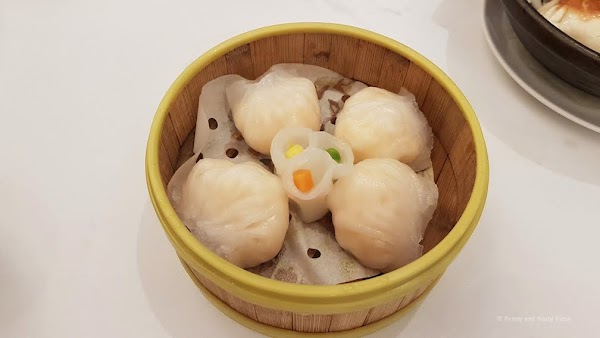 Our last dish on this visit was the simply stated Beef Rice Rolls ($7.50) flanked by some veggies. 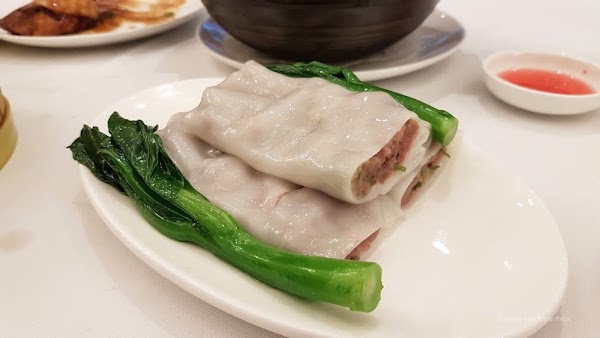 On our third visit here, we retried the Chicken Feet ($6.98) and I found that my first piece wasn’t quite as tender as on our initial visit. However, the other pieces in the dish were better. 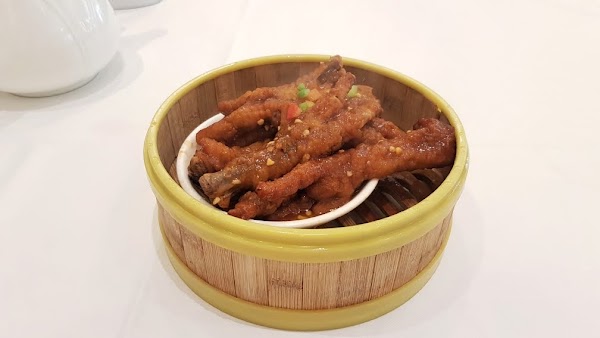 This time, we tried their Rice Roll with Crispy Bean Curd and Fish Paste ($7.98). Visually, it’s very similar to the Chinese donut rice roll and I found that I really enjoyed the fish paste filling on the inside. 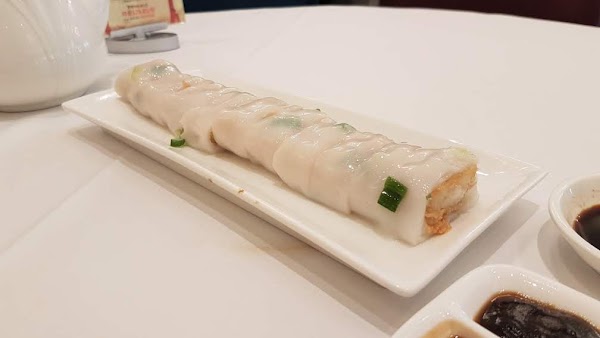 Normally, we don’t order Chiu Chow Dumplings ($6.98) because we’re not a big fan of peanuts added to dumpling filling but I’ve got to say that these dumplings turned out pretty good. I’m not sure if it’s because there weren’t too many peanuts or if because they chopped them up. 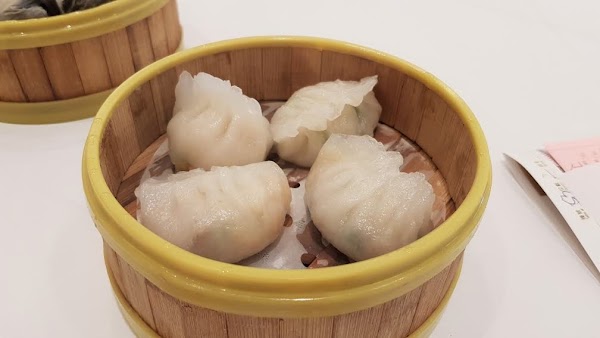 I didn’t bother taking a picture of the inside of the Two Kinds of Sticky Rice Wrapped with Minced Pork ($7.50) but, needless to say, sticky rice is always a crowd pleaser. Last up is a dish that I don’t usually associate with dim sum… Pan-Fried Beef Short Ribs in Black Bean Sauce ($9.98). While the meat was a bit chewy, I did really like the black bean sauce that it was served with. 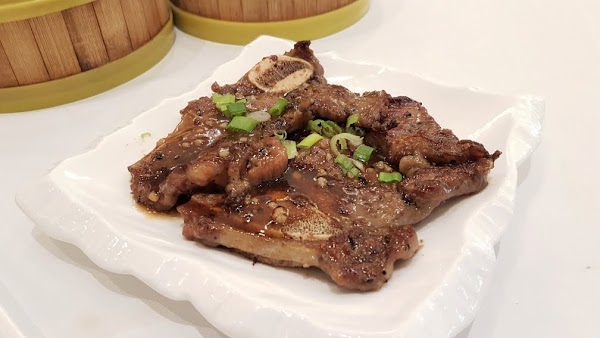 So, if you’re looking for a dim sum place in South Vancouver and don’t mind paying a bit extra, Neptune Palace has some good dishes to try out.