Joe Fortes is practically an institution in Vancouver… and what’s not to love about this downtown eatery? Well, I suppose the one thing that I dislike is how busy they are. That’s probably one of the reasons why we haven’t returned for many years.

In July of this year, we came back for a revisit to celebrate a birthday and to have their Seafood Tower on Ice ($77.95 per tier). But first… the complimentary crusty bread with lobster oil and balsamic vinegar dipping sauce… oh so good! They also brought us out some complimentary blackened ahi tuna bites (bonus!). 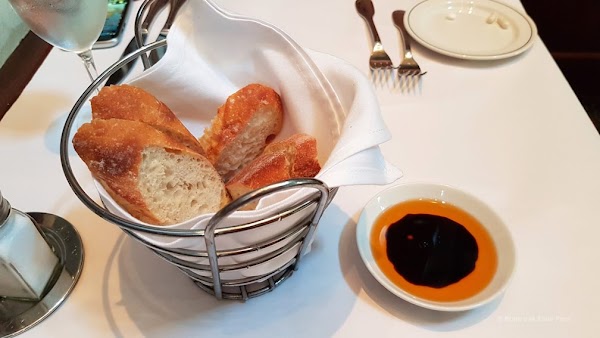 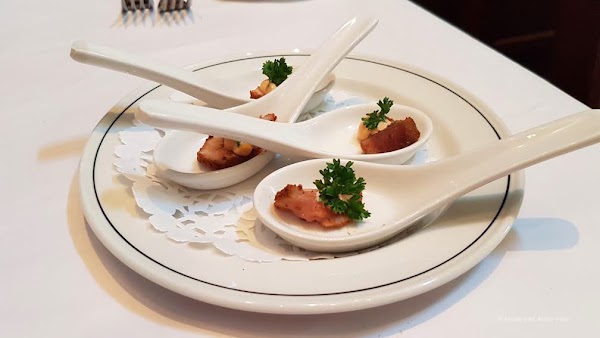 On previous occasions, we were seated in the upper floor and it can get quite noisy with all of the people. This time, we were tucked away in a back corner near the wine cabinets (it looked like a tall library, complete with a ladder, but with bottles of wine instead of books). I actually appreciated the quieter setting so we could hear each other speak while we enjoyed our Halo Strawberry and Rosemary Paloma ($8 each). 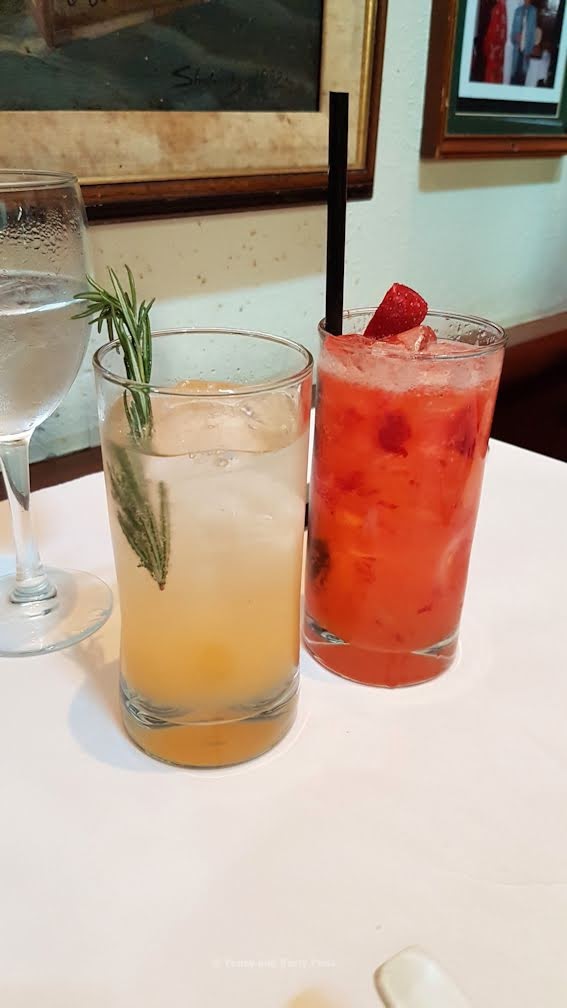 Now for the seafood tower… The price has gone up since the last time we visited and comes with chilled Atlantic lobster (1/2 of a 1.5lb lobster), local oysters, marinated clams and mussels, scallop ceviche, albacore tuna crudo, and chilled jumbo prawns. I suppose this should be considered more of a seafood “platter” (unless you order multiple tiers) but they do serve it elevated on a platform. One thing for sure is that it is quite filling. 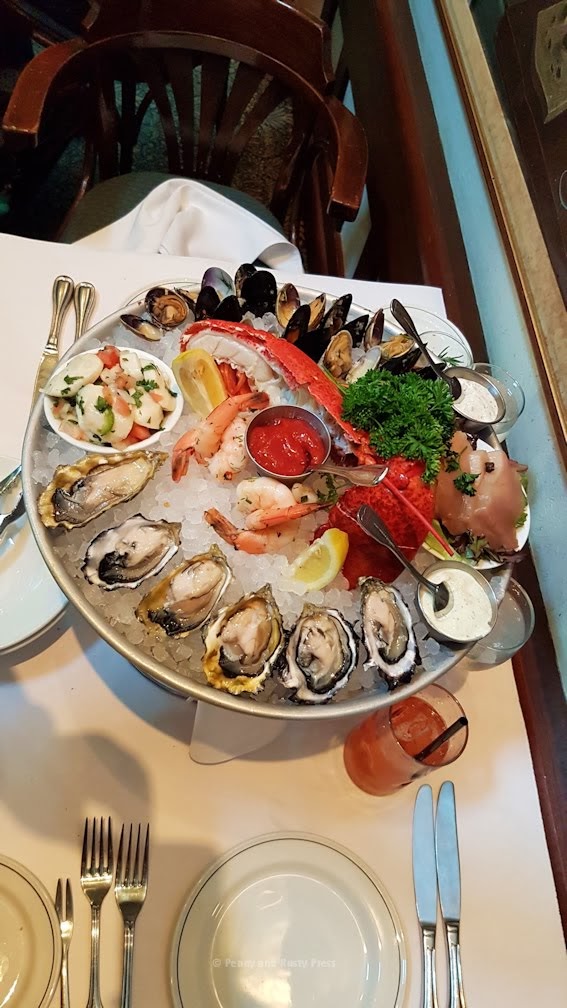 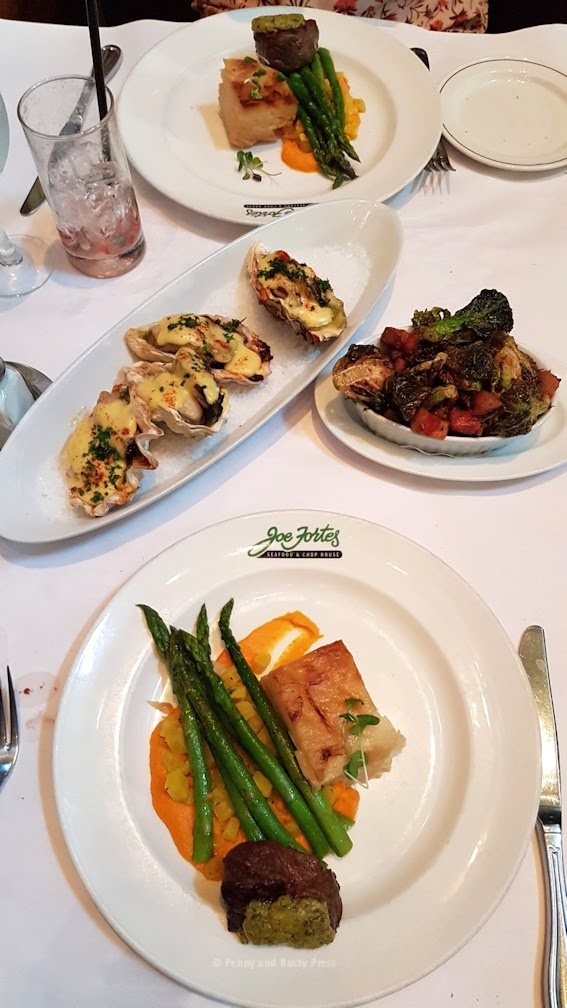 The filet mignon, which they divided in half on separate plates for us, was really tender and came with asparagus, café de paris butter gratin, and potato pavé (similar to an elegant scalloped potatoes side). To be honest, we only managed to eat a bit of this dish as we were quite full. 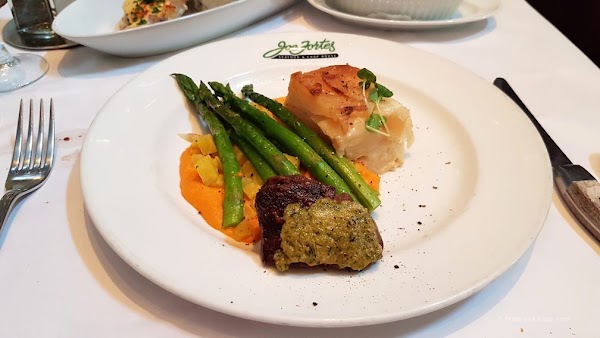 The Brussels sprouts were really good and had large chunks of bacon which complimented the fried sprouts. 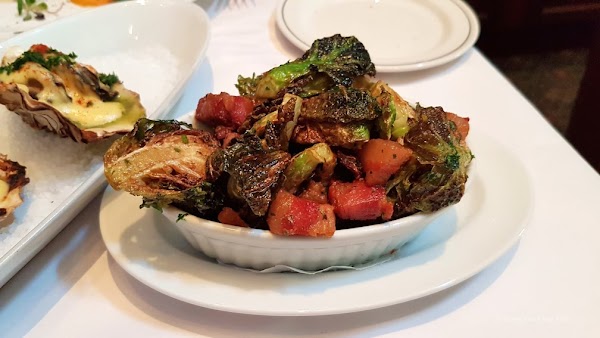 Speaking of large… we weren’t expecting how large the oysters were going to be in the Oysters Rockefeller dish. Each shell was overflowing in large, plump, oysters (prepared with a spinach, pernod, and hollandaise)… it was almost like eating 8 large oysters. 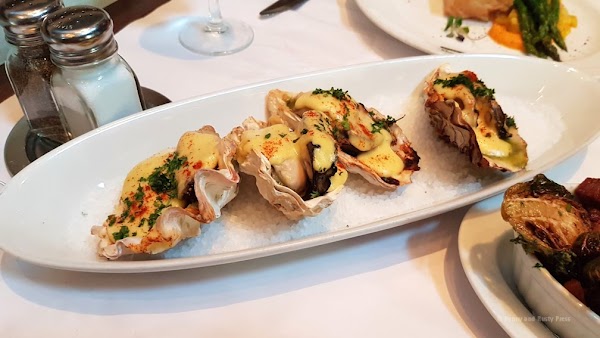 Although we were stuffed, they did bring us out this complimentary half serving of Tahitian Vanilla Creme Brulee with house-made biscotti and whipped cream. 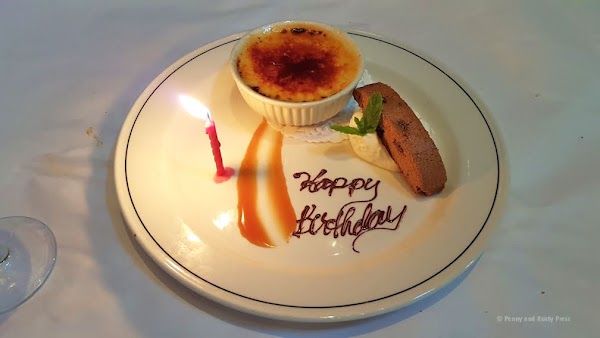 Seriously, the food here is amazing and the portion size and quality makes the price worth it. Service, as always, is also quite good.