The Buffet at Grand Villa Casino: Disappointing Surf and Turf

Okay, so I’m not as young as I used to be. There was a time in my life that I enjoyed buffets and trying to get the most out of them that I could. As I’ve gotten older, I realize that I can’t eat as much as I used to so I’m more interested in having good quality food over endless portions of mediocre food.

Still, when you get a 2-1 offer for a surf and turf buffet… how can you really say no? The Buffet at the Grand Villa Casino is, appropriately, located at the Grand Villa Casino in Burnaby. The dining area (and the buffet station) is actually quite modest in size. Our first impression wasn’t great. We received an email coupon offer for the buffet which said to just show the email to get the offer but by the time we got to the front of the line, they said they needed a printed coupon and that we’d have to go upstairs to print it out (even though the email said to just show the coupon).

As for the buffet itself, their surf and turf was comprised of a small selection of salads items, chicken thighs, veggies, and their entrées of striploin, pork loin, shrimp, salmon, clams and mussels. It’s a fairly basic buffet offering and I don’t think it’s worth the value of paying full price for it. Both meat entrées were tough and seemed over-cooked. I thought the salmon was probably the best of the bunch. 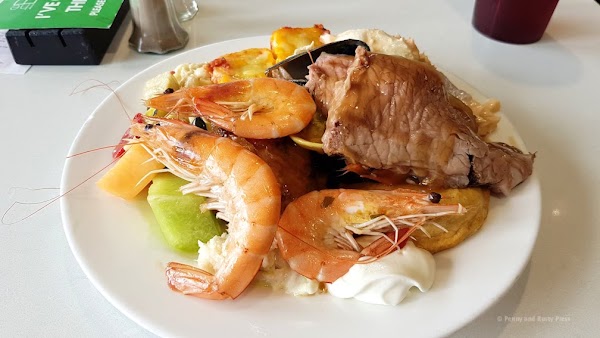 As with the main buffet station, the dessert selection was also not the biggest. The carrot cake that I had was actually pretty good but they ran out pretty quick. 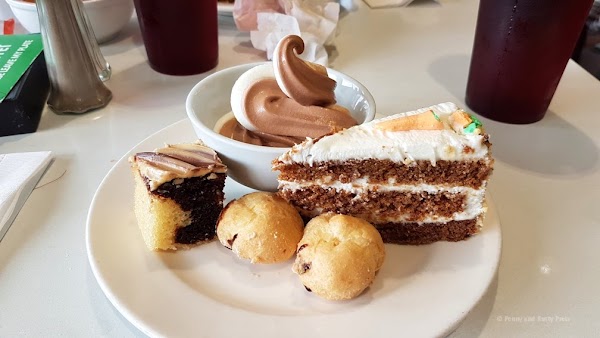 I went back for a second round at the buffet line and that’s when I saw the guy at the carving station… clearly, he didn’t want to be there. There was a patron (a few customers ahead of me) standing at the carving station and wondering why he wasn’t being served. Meanwhile, the carving dude was just standing back, a dejected look on his face as he stared aimlessly into the abyss. I’m sure he was looking at the ravenous hordes trying to pile as many shrimp as they could onto their plates and wondering exactly what he did to deserve his life. After about a minute or so, he must have snapped out of it and noticed the guy trying to flag him down so he could get a slice of beef. The carving dude, with an exhausted and slightly disgusted look on his face, slowly took a few steps to the carving station, without apologizing for keeping the guy waiting, and went back to robotically carving the meat, like he was slicing off pieces of his soul. 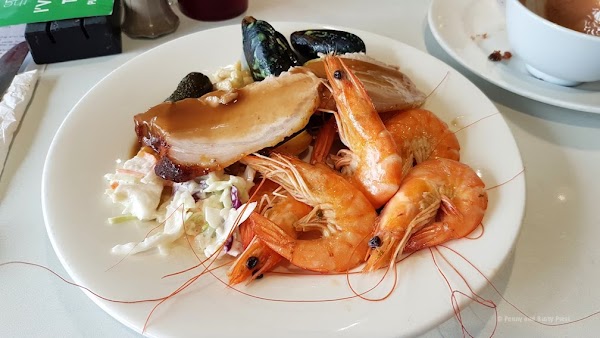 There’s definitely better food that you can find in the area (Atlas comes to mind) and I really wouldn’t suggest paying full price for the buffet here. The thing that really disappointed was the clear lack of service from that carving station tho.