We’re always up to try a good Malaysian restaurant and I’ve heard some good things about Mamalee located on West Broadway in Kits.

This is a pretty basic Malaysian restaurant (not a very huge menu) and the interior is quite utilitarian. Still… we’re here for the food. We wound up ordering the Hainanese Chicken (regular size) with a side of soup as well as Roti Canai and a Milo Dinosaur. A cold Milo Dinosuar really is refreshing on a hot day. The simple soup was so aromatic when it arrived at the table. 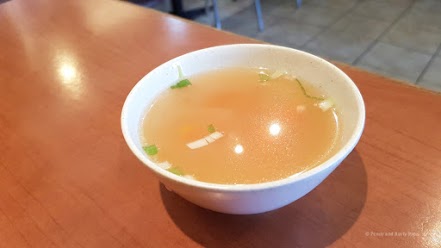 First up is the Hainanese Chicken, served cold, with a side of rice. The poached chicken was quite good and we managed to finish this rather easily. While it comes with a bit of dipping sauce, I would have liked if it had more ginger and scallion dipping sauce (you have to pay extra for more). 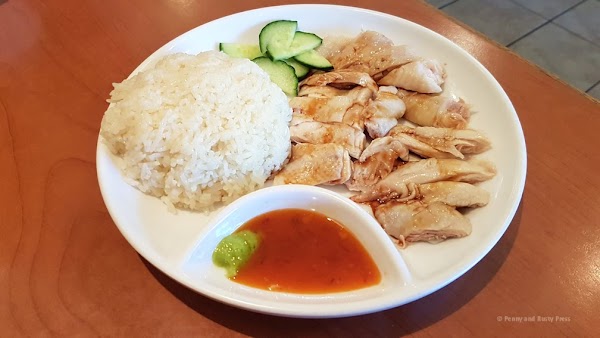 The Roti Canai was a bit disappointing… not sure what was really going on here. It seemed quite shredded up and the outside seemed to be overcooked and not the least bit fluffy on the inside. 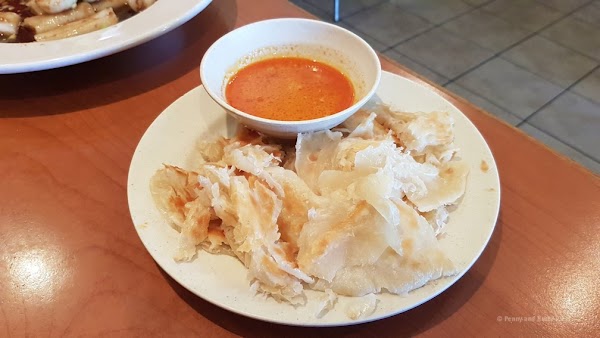 We also wound up ordering the Chee Cheong Fun with Fish Balls. This actually turned out to be a pretty good dish and I enjoyed the tender rice rolls but I thought the sauce was a bit too runny as it was difficult to coat the rice rolls with it. 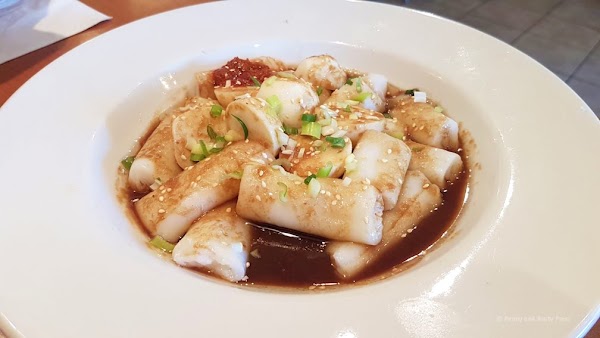 Overall impressions… a very minimalistic Malaysian eatery with some hits and misses. In either case, don’t order the roti canai unless you like it overly dry and shredded.