It’s probably been over 2 years since my last visit to Hayashi Sushi. Located in the Columbia Square Plaza in New Westminster, this cozy eatery serves up your typical Japanese fare and there’s usually plenty of free parking available in the mall parking lot.

For my first revisit, I decided to order their Assorted Sashimi ($18.95 for 15 pieces) which was comprised of 3 pieces each of surf clam, snapper, wild salmon, tuna, and farmed Atlantic salmon. Overall, the sashimi was pretty good with my favourite pieces being the tuna and the salmon. However, the presentation leaves a bit to be desired. For the price, I’m used to there being a bit more effort in plating the sashimi in an aesthetically pleasing manner instead of just laying the pieces on a long plate. 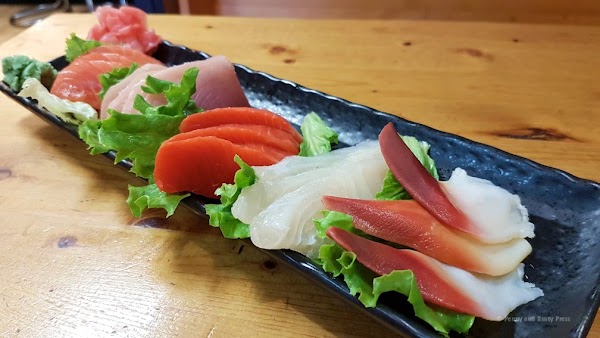 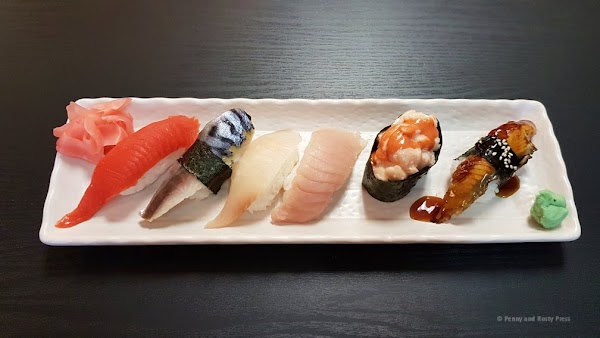 There’s almost nothing as simple or as pleasing as a good Unagi Don ($14.95). I mean… eel on rice – who would have thought? A fairly good portion size of tender unagi. 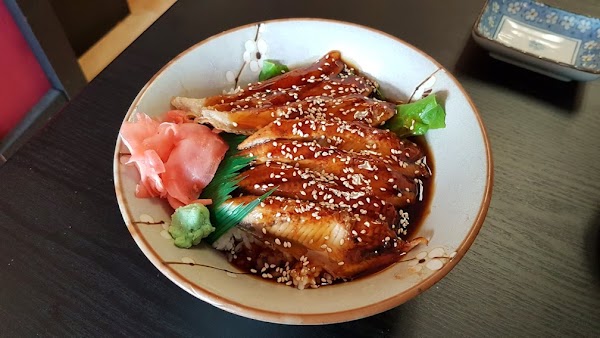 I’ve had the Nabeyaki Udon ($14.95) here in the past but I didn’t remember the bowl being so large before. You get two pieces of prawn tempura (make sure to eat these first or pull them out of the soup so they don’t get too soggy), veggies, chicken, egg yolk, narutomaki (spiral fish cake), and chewy/toothsome udon noodles. 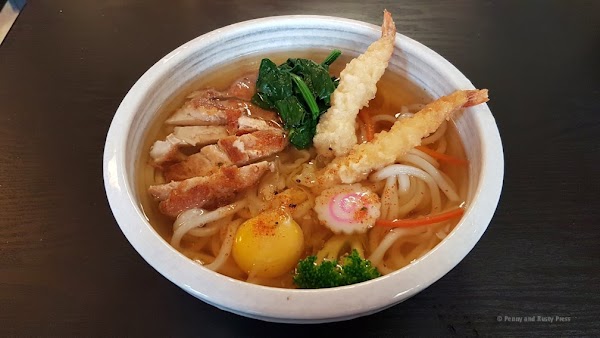 One of the popular options here is their lunch boxes so I wound up ordering their Sashimi Lunch Box ($16.95) with chicken teriyaki, deep-fried gyoza, salad, 3 pieces of tuna sashimi and 3 pieces of Atlantic salmon sashimi. While the salad was just a bit meh, the cut up orange was next level. I enjoyed the fried meat dumpling because the filling was hot and the skin had a nice light crispness on the outside. However, it could have used a dipping sauce to accompany it. While the chicken was pretty good, I think they used a bit too much sauce. That being said, the teriyaki sauce does go well with the rice. Overall, a fairly generous amount of food with thick pieces of tuna sashimi and salmon sashimi that was melt-in-your-mouth tender. 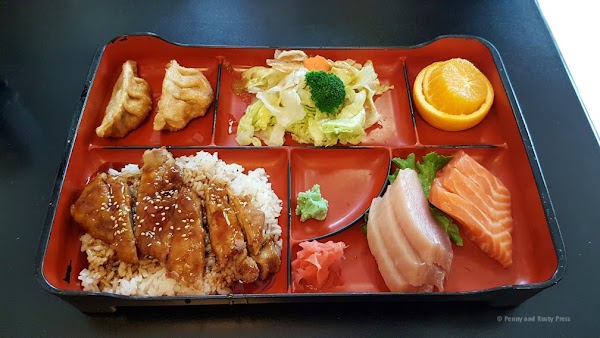 On a few other visits, I stuck with simple things like their Tuna and Atlantic Salmon Sashimi ($13.95) which I remember as being smooth and tender. I’ve also had their Chirashi Don ($15.95) which is a good option if you’re looking for something that has a lot of different sashimi components. The chirashi don included 3 pcs each of sockeye salmon, farmed Atlantic salmon, and tuna sashimi along with hokkigai, tamago, and 2 pcs of what I’m assuming was tai on top of a large serving of basic sushi rice. 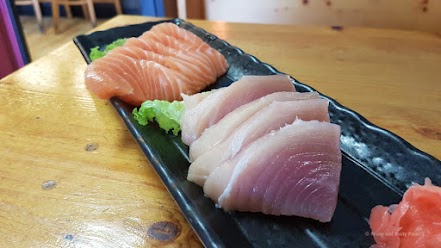 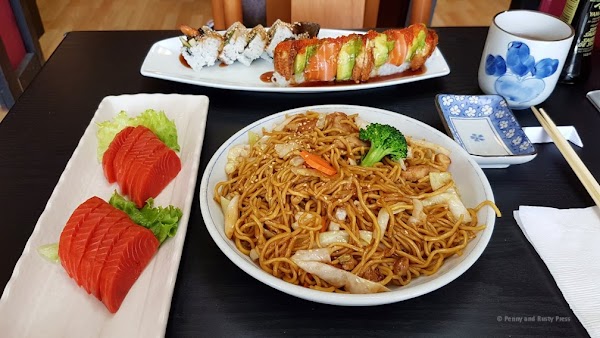 Their signature Hayashi Roll is a large California roll with unagi, salmon, avocado, and tobiko on the top and accompanied with teriyaki sauce. The only thing that I found wrong with this roll is that they cut the roll in very large slices which made it difficult to pick up and eat. Otherwise, it was a very pleasing roll. 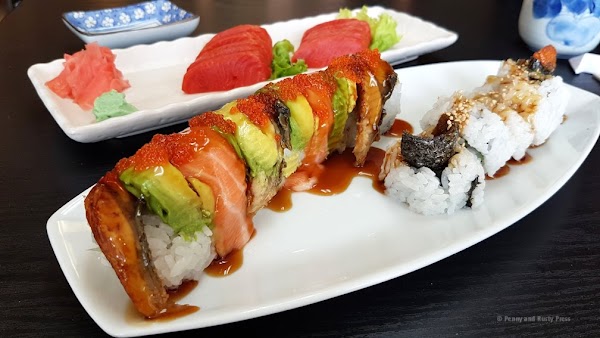 Hand rolls or cones are known as Temaki and I tried their BC Cone ($3.25) as well as their Negitoro and Chopped Scallop Cones ($4.25 each). These were nicely prepared and tightly wrapped (the last thing you want is for a sushi cone to fall apart on you). 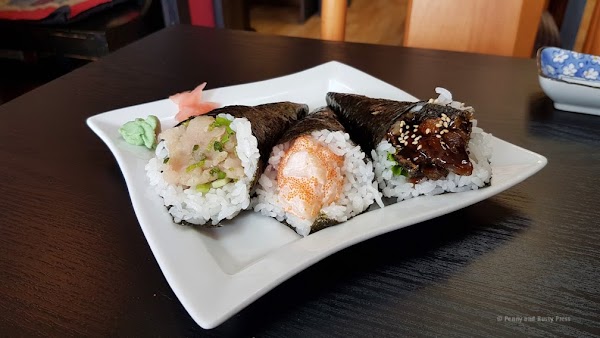 Another view of their Assorted Sashimi. 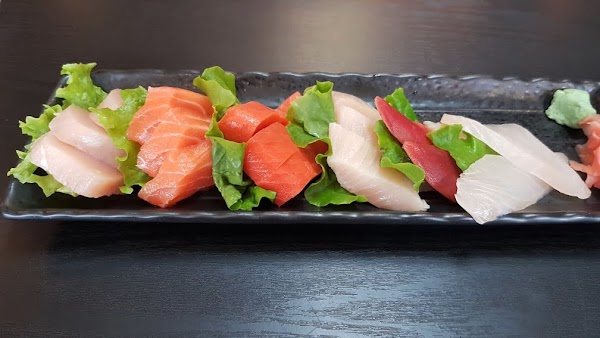 So, there you go… a very serviceable sushi place in New West that may not “wow” you but will probably have you coming back for more.