The amount of development that’s going on in southeast Vancouver is crazy. Marketed now as “River District” due to the close proximity to the Fraser River, there’s been a big influx in the number of condos recently and they’ve just started to add some of the much needed services such as eateries. Sushi Mura is one of the new restaurants that have opened up (near the Save On Foods).

This second location for Sushi Mura opened up about a week before we visited and it was fairly noticeable with the service level. The interior is one giant square box with tall, exposed ceilings and polished concrete floors (I’m sure this floor will get pretty slippery in the rainy Vancouver weather). Immediately upon entering, we could see that there were plenty of empty tables but no one to greet us. There appeared to be a waiting list (but no pen to write our name down). As more and more patrons entered the restaurant, it was unclear what we were supposed to do. Some people headed straight for the back to pick up their take-out orders, others milled about the entrance.

After we were seated, we wound up ordering the Deep-Fried Oysters ($6.95) and the Chicken Karaage ($5.95). The oysters were small and kind of flattened (reminded me of aji fry) and the karaage was bone-in chicken wings… really wish they would just call this “chicken wings” on the menu because I prefer the boneless chicken karaage. 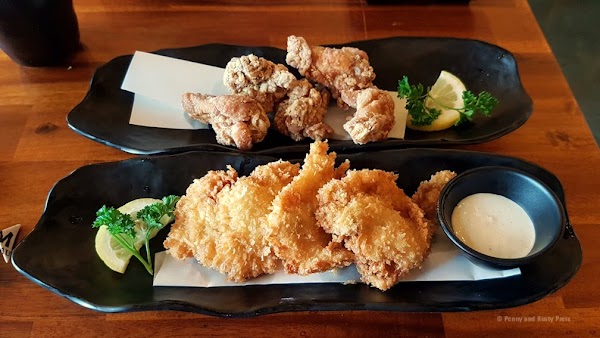 We ordered the Deluxe Assorted Sashimi ($25.95) which sounded kind of expensive but came with 24 pieces of sashimi… 3 pieces each of salmon, tuna, hamachi, surf clam, tako, wild salmon, spicy tuna tataki, and tai. I was actually quite pleased with this dish as the sashimi seemed fresh and the slices were generous in size. 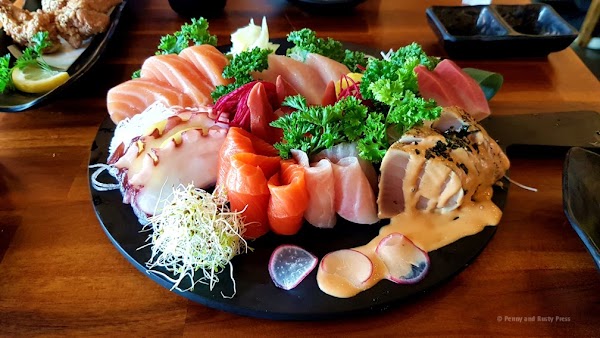 We had also ordered up the Spinach Gomaae ($3.95) but we had to ask them for this dish because they forgot to bring it out. 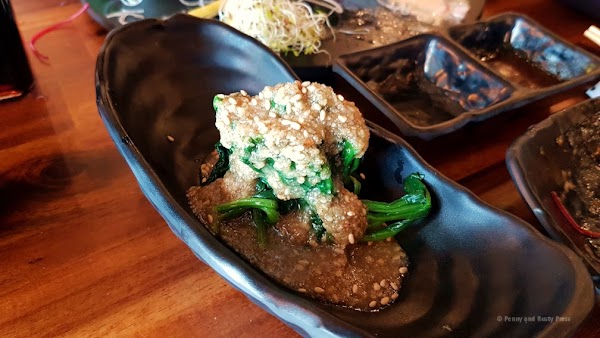 Impressions from our first visit: it might be a good idea to wait to try this place out so they can work out their issues. But the sashimi was quite good.

So, we decided for a return visit in late August and all that I can say is that they still need to work on their service here. This place was pretty busy (I think it had more to do with inefficiencies and some of the staff which didn’t seem like they were really hustling). 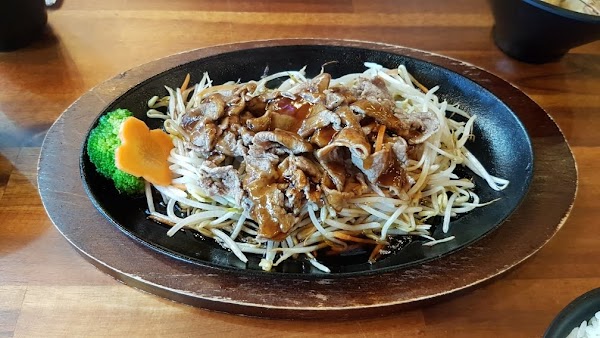 The agadashi tofu was fairly spicy… like Korean-style spicy (which shouldn’t be a surprise). It wasn’t bad but I found it very difficult to eat from the bowl that it was served in because the top pieces couldn’t get to the dashi broth below. 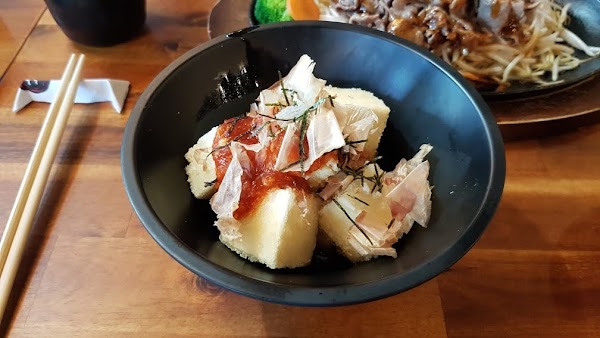 The gyoza were nice but they weren’t very hot when they got to our table. 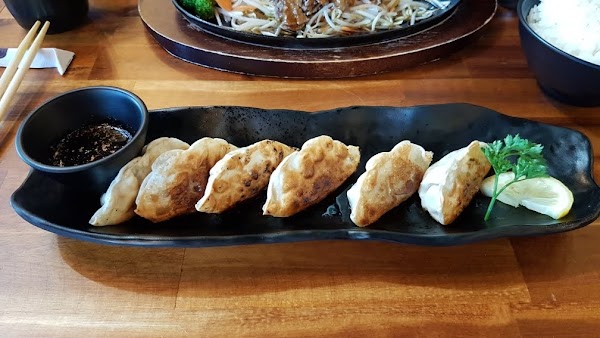 And then the big wait came for our sushi items. It took them another 30 minutes before the rest of our meal arrived. It wasn’t just us either… we could see all of the tables that ordered before us were having to wait a long time for their sushi orders as well. When our sushi finally arrived, I was underwhelmed… the sushi rice was too gummy and they used too much in the rolls. Both rolls were fairly basic and nothing stood out aside from my wonderment in why we waited so long for these. 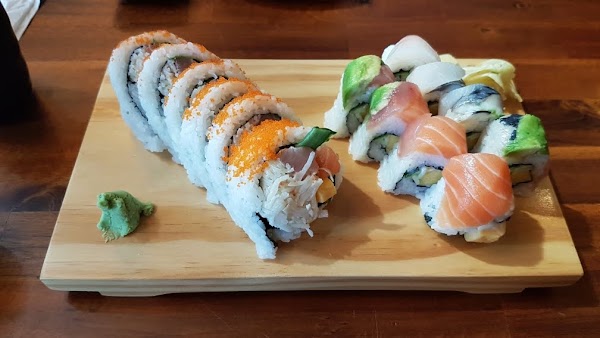 So, there you go… I know there aren’t that many options for Japanese food in this particular area but I would definitely avoid coming here during their busy peak hours because service is way too slow. The quality of the food (aside from the sashimi that we had on our first visit) was mediocre at best.