Tin Tin Seafood Harbour is a popular dim sum restaurant that we’ve been meaning to try for a long time (but the large early morning crowds have always detracted us in the past). We finally managed to pay them a visit in late June.

The menu pricing here is a bit confusing as they use a bunch of different letters to denote different price points (whatever happened to just small, medium, and large?). In any case, the first item up was the Chinese Donut Rice Rolls ($7.99 – K) topped with pork floss. The Chinese donut on the inside had a crispness to the outside but was a bit chewy on the inside. 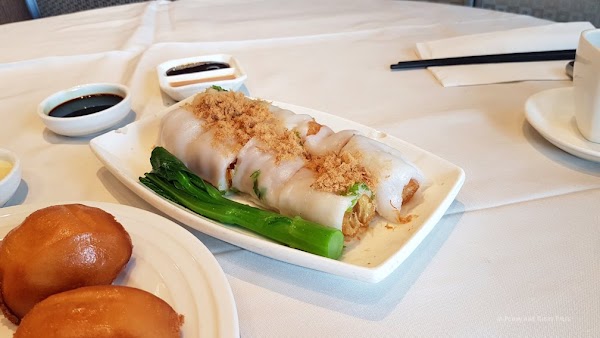 Next was the Deep Fried Buns ($5.29 S). While it’s served with condensed milk for dipping, this differs from the deep fried silver thread buns which have the soft fluffy layers on the inside. Still, can’t really complain about a deep fried bun. 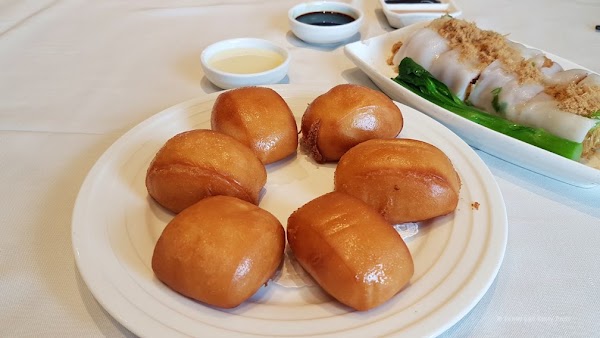 We really enjoyed the Bean Curd Sheets with Pork ($6.29 M) as the pork filling turned out really nice with the slivers of water chestnuts. 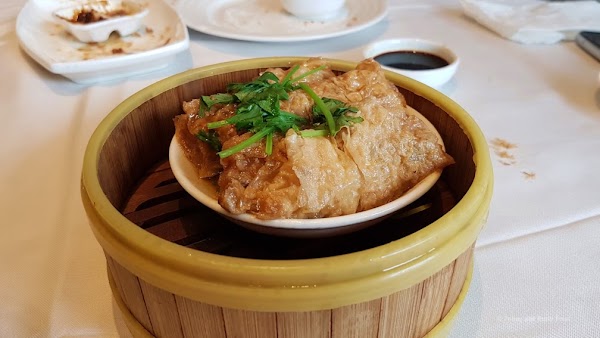 The Scallop Truffle Dumpling ($7.29 XL) had a fair amount of shrimp underneath the scallop but I’d say this dish wasn’t my favourite. The shrimp wasn’t too bouncy to the bite and despite the truffle on top, it lacked the truffle aromatics. 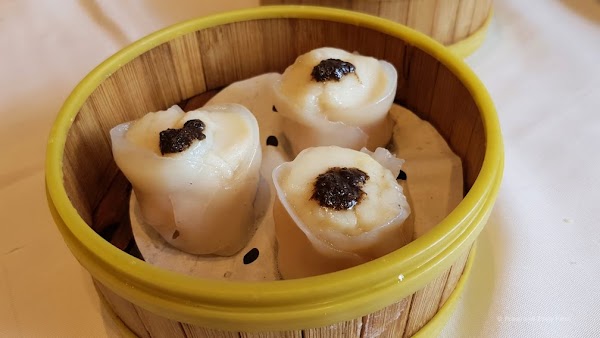 Finally, we had the Steamed Beef Balls ($6.59 L) which turned out pretty good. 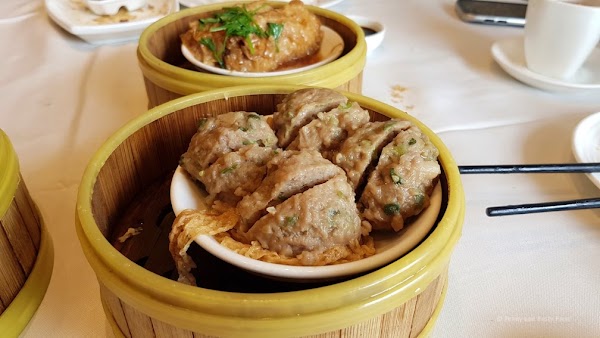 Overall, most of the food items were okay but the prices tended to be on the higher end of the spectrum. That said, our tea was free and we also had a discount on the dim sum so that made it reasonable. The thing that’s a turn-off here is how busy it gets on the weekend.