I remember when the Downlow Chicken Shack first opened up… I must have went there at least twice only to be disappointed that they were sold out by the time I got to the door. Fast forward a bit over a year and I can finally say that I’ve tried DL and I understand why it’s always so busy.

When I arrived in August, there was a small lineup outside the door but that’s because they have an order station that’s just inside the front door. The lineup actually moves pretty quick because they’ve got things down pat now. I think I saw about a dozen people working here (1 taking orders, 1 filling orders, and a whole bunch of people cooking up kitchen, fries, and all the other stuff they serve)… really a well-oiled machine. 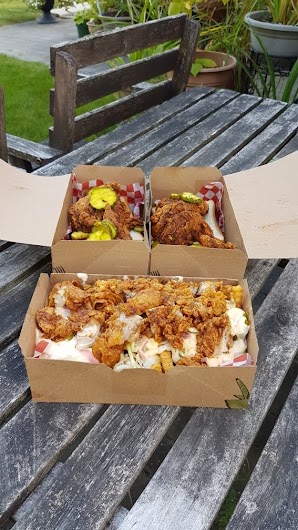 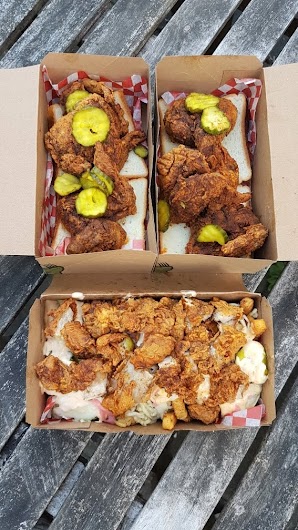 They had a special going on for their Big Wing Special ($2 each) which come served on white bread and accompanied by their pickles. These full wings (tips intact) were really good. Don’t bother with the bread tho because it seemed pretty stale. 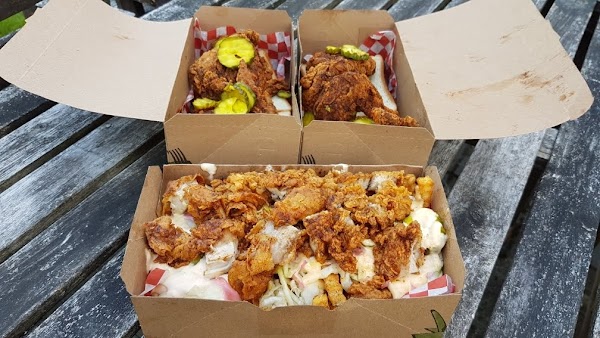 This place is known for their not-so-secret menu items such as their Fries on the DL ($10 + $3.50 for added thigh). This is the dish that I’ve been meaning to try since I saw it on social media last year… a mixture of crinkle-cut fries, melted cheese, creamy/crunch slaw, tart pickles, and their fried chicken. It’s really a hearty serving and I enjoyed the crispness of the chicken paired with the very aromatic spices they used. 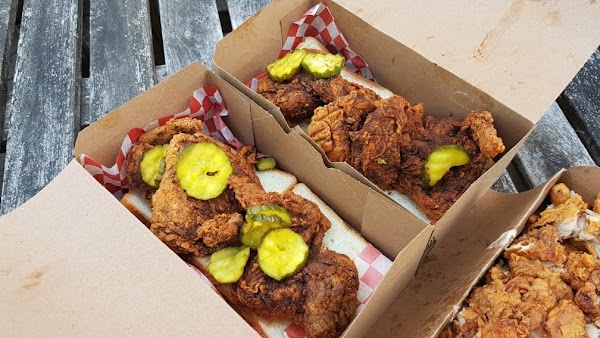 That being said, the fries really weren’t the star in this dish and it’s difficult to get to the bottom of the box without really digging into it. 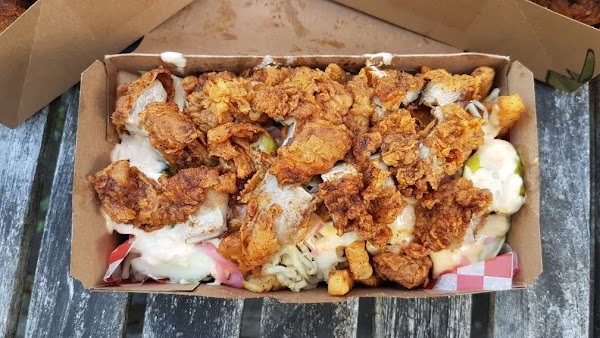 Overall, I actually preferred the Big Wing more than the Fries on the DL… nice and crunchy coating with an easy to manage heat level (I opted for medium but they do have spicier options if you’re so inclined).