In early September, I noticed that Kim Anh had recently reopened on Edmonds Street in Burnaby. I found this to be a bit odd because I distinctly remember eating at this same restaurant in this same location a number of years ago. As it turns out, the owners of Kim Anh had subleased the location for a couple of years (to Aria Kabab) and had recently decided to reopen.

I decided to try their Bun Bo Hue Kim Anh Dac Biet ($10) which is their special version of bun bo hue. It comes with a big bowl of thick and round, slippery noodles, meat balls, and 3 different types of thinly shaved meat (thinking it was a mix of lighter beef, beef brisket, and Vietnamese ham). Not too bad… quite flavourful. I did find the darker-coloured beef (brisket?) was on the tougher side. 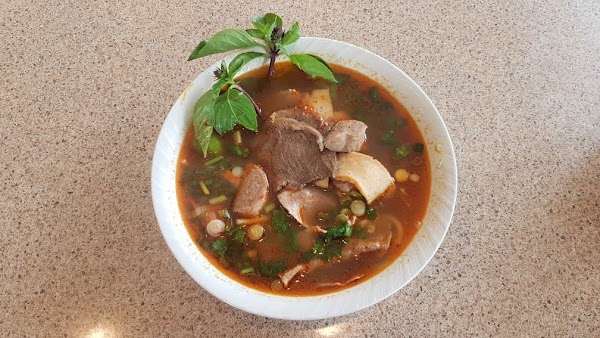 On my next visit, I tried their Grilled Chicken Banh Mi ($7 + $3 to add fries). The sub was good but I found that the bread wasn’t really that crusty on the outside (something which I really look forward to in a banh mi). The chicken, however, was juicy and tender – loved the fact that it was freshly grilled and you could feel it was still warm in the bun. 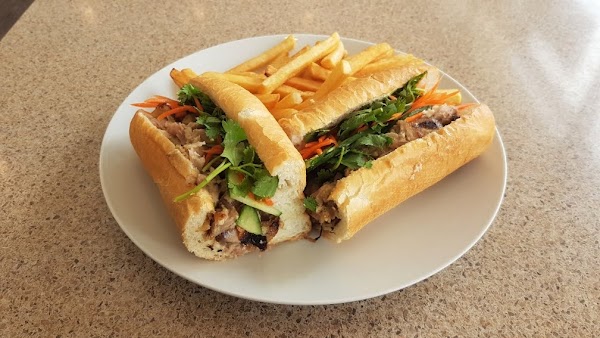 About a month later, I returned to try their Pho Dac Biet ($10) which is their special pho with tendon, beef slices, meatballs, and tripe. It’s actually not bad with a light but slightly oily broth. 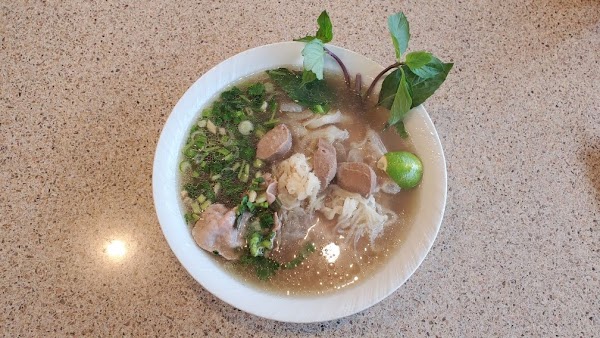 Overall the menu here is a bit limited compared to other Vietnamese restaurants but they do offer some western items such as hamburgers as well.