Sushi Q Tea Cafe has been around for a while now but I’ve always been hesitant on visiting in the past because I never really knew what it was… is it a sushi place? Is it a bubble tea place? Well, I finally took the plunge and visited in late September.

The interior is a bit homey (for loss of a better word). There are some couches in the front area and then some tables scattered about inside as well as shelves stocked with reading material (didn’t check to see what kind of books they had). The chef wasn’t there when I arrived so I had to wait a bit for my order (but they did tell me about this before I ordered).

I decided to try their Poke Bowl ($11 for medium) which contains salmon, tuna, imitation crab, cucumber, tobiko, seaweed, tamago, avocado, aonori, and mayo as well as ordering their Lychee Green Tea ($4.25). The drink had just a hint of lychee flavour to it. 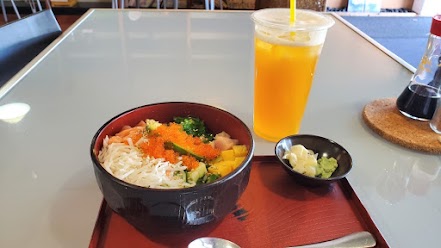 I’ve read some posts where people say the service here is slow and I have to admit that it can take a while for the food to come out (even when there’s not a big crowd in here). I did like how the imitation crab was fluffed up in the bowl and I thought that the food was pretty okay. That being said, it’s a fairly limited menu offering here. 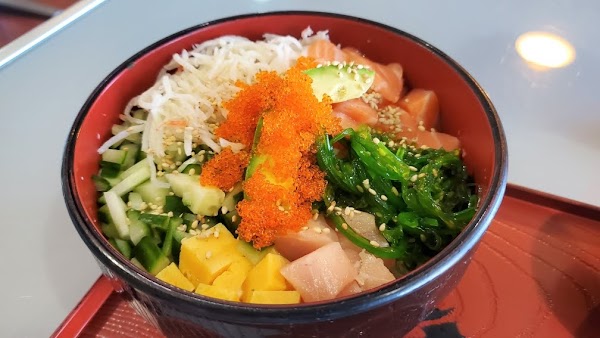