It’s been years since we last visited Vegas and one spot that we’ve always meant to try is In-N-Out Burger. Back in the day, the closest location was at Tropicana across from the freeway (not exactly walking distance from The Strip – especially in the middle of the desert heat and with all the traffic on the freeway). We did try years ago but gave up quickly after we noticed the lack of safe sidewalks and crossing areas.

So when we heard that they opened up an In-N-Out location that’s conveniently located on The Strip (at the Linq), we were sure to make a pit stop here. Arriving in Sin City late at night, we wound up coming here just after 10pm for a late snack. Seems a lot of people had similar ideas because this place was quite busy. 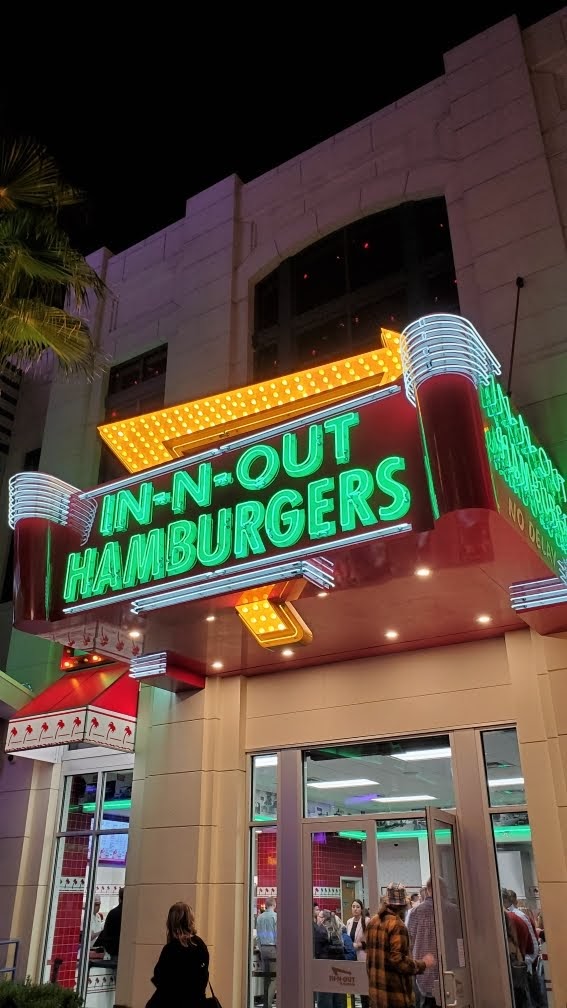 We wound up ordering their Double Double, Animal Style ($4.70) with Animal Style Fries ($4.15) and Neapolitan Shake ($2.65). Despite the large number of people here, it wasn’t overly long before our food was ready. In-N-Out is known for their not-so-secret menu (including “animal style” which tops everything off with their secret sauce – reminiscent of McDonald’s famous “secret sauce”, both of which looks like Thousand Island dressing). The Neapolitan Shake (also a “secret” item on the menu) combines the classic vanilla, chocolate, and strawberry shake flavours all in one cup. To be honest, you can’t really taste the flavours much in the shake. 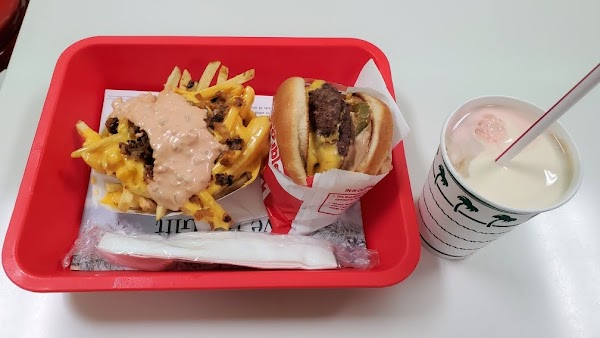 The burger was pretty good – better than most fast food places – but I found that it was quite messy and oily. Also, I wasn’t really sold on the animal style fries. I found the fries weren’t crispy and didn’t hold up well to the mixture of melted cheese, onions, and Thousand Islandesque special sauce. 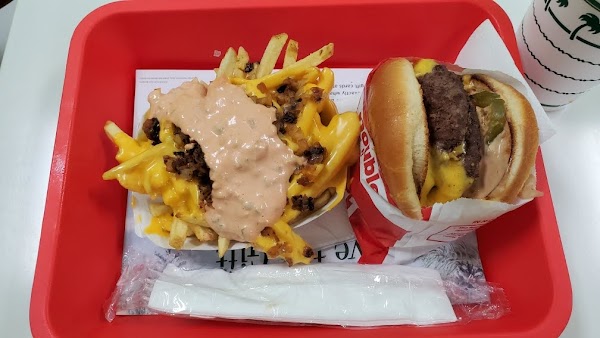 Overall, it’s a pretty good value for the amount of food that you get and the burgers, while clearly artery-clogging, are quite tasty. Glad I tried it… probably wouldn’t eat it on a regular basis tho.