A number of years ago when we stayed at the Aria, we stumbled across Julian Serrano and had an amazing paella dish with our friends. When we finally decided to return to Vegas, the one thing that we knew that we couldn’t miss out on was that paella (we pretty much planned our whole trip around it).

Before we get to the paella, be forewarned that it takes about 45-60 minutes for them to prepare the paella. So it’s probably a good idea to start with some drinks and appies (just don’t fill yourself up too much because you’ll want to save lots of room for the paella). 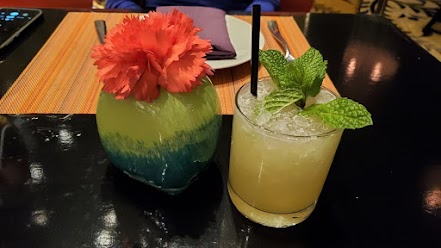 We decided to start with the Tuna Carpaccio ($24) made with big eye tuna, serrano peppers, yuzu and plankton oil. The tuna is so tender and the yuzu adds a nice citrus flavour that’s enhanced by the spicy kick from the slice of serrano pepper. 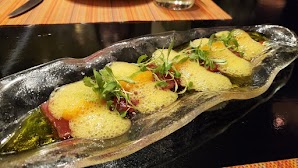 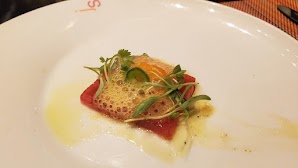 They actually have a number of different varieties of paella here but we were settled on having the Mixta ($65) which has an assortment of meat and seafood including lobster, mussels, shrimp, calamari, chicken, chorizo, and veggies that’s cooked with saffron rice in a paella pan. It’s difficult to tell in the picture but this is a really large dish. The menu says this is usually meant for 2 people to share but we couldn’t finish it (not that we didn’t try). 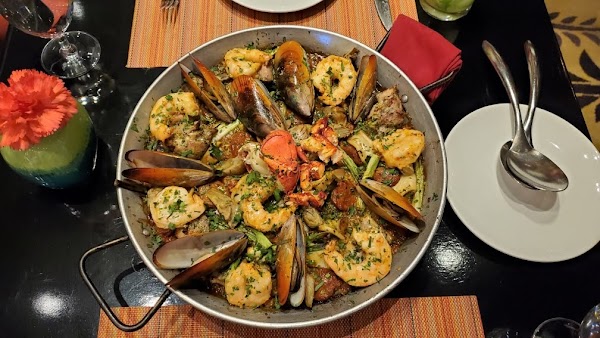 One of the best paella dishes that I’ve had. All of the meat and seafood was so tender and flavourful with the rice. If you’re going to have one dish in Vegas, this should be it. The only thing you should keep in mind is that the mussel shells become really brittle so be careful when you pick them up as the shell might break. 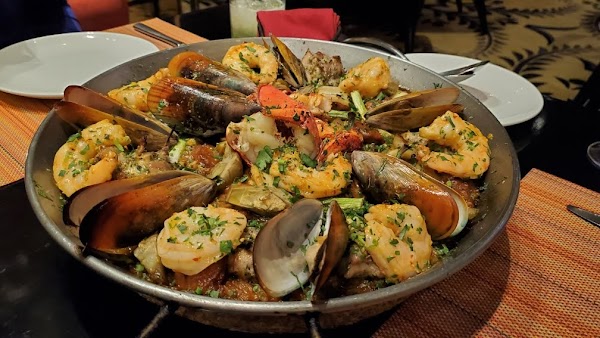 Seriously, I’ve been looking at these pics of the paella for the last ten minutes and can’t stop remembering how good it was.