It happens to us all the time… we make plans to try and eat somewhere and something goes wrong. Specifically, we were looking to grab some Japanese food while we were in Vegas and I had already scoped out a target that was located right in our hotel called Sekushi. The online menu and pictures all seemed good. The only problem is that we couldn’t find the darn place. We wandered around and around the casino and hotel area looking for Sekushi but couldn’t find it anywhere.

There was one Japanese restaurant that we did find but the menu was much smaller than what was shown online for Sekushi… that’s when we realized that they must have recently changed names (and menus)… sigh! While we weren’t really thrilled with the smaller menu choices at the restaurant (which, by the signs and menu, was now called “Sushi Street”), we decided we had invested too much time and effort and had to eat here.

We wound up ordering the Shoyu Ramen ($19.88) and Assorted Sashimi ($22). The shoyu (soy sauce) ramen was a bit too salty even given that it’s shoyu flavoured. I did like that the egg had a nice and creamy yolk but thought the pork could have been seared a bit more. 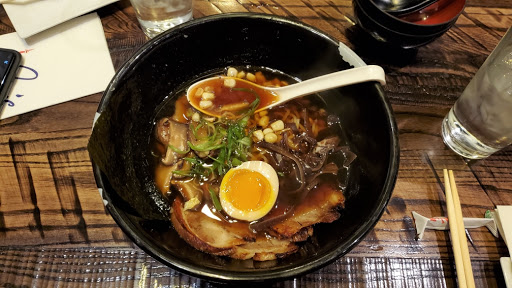 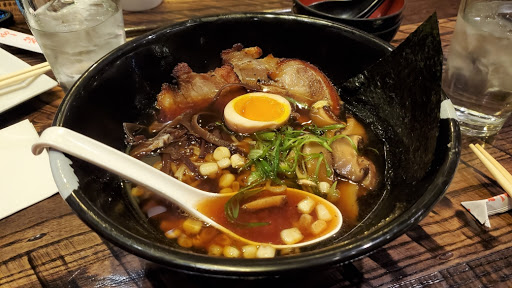 I had high hopes for the sashimi (yes, I know we’re in the middle of the desert). The dish included 6 pieces of sashimi: 2 each of tuna, hamachi, and farmed salmon. To be fair, the sashimi was pretty good… not as good as the sashimi is in Vancouver tho and kind of expensive considering the type of fish used here. 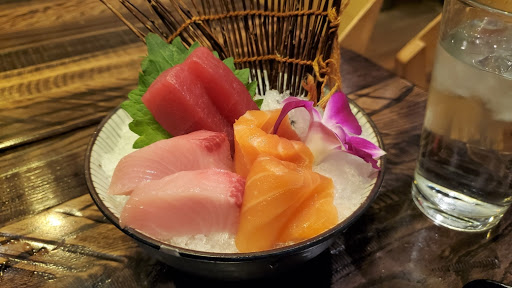 Overall, I was disappointed with the change in the menu and not overly impressed with the food served. After I came back to Vancouver, I did a bit of searching on Caesar’s website (the Paris Hotel is owned by Caesar’s) and their website calls it “Sushi Street” but is still using the “Sekushi” tag in some spots. That’s the kind of poor implementation that speaks volumes… if you’re going to change a name, change it everywhere.