I’ve been dying to try Chewie’s Biscuit Co. for a very, very, long time. So, when I found myself with a rare weekday afternoon off, I decided to make the trek out to Kits for a late breakfast.

Once you walk inside, you head to the counter in the back to order your food and they’ll bring it out to you. I opted for The Moose ($13). Just to be clear, there’s no moose meat here (I think). It’s actually a fried chicken breast served on one of their famous biscuits and covered in sausage gravy, cheddar cheese, bacon, and a sunny-side up egg. Damn that yolk tho! I honestly have no idea how the yolk managed to stay intact given the precarious manner in which it was sandwiched within the biscuit. This is a serious winner… nice and crispy bacon, savory fried chicken with just the right amount of crisp chicken skin. The only thing that could have made this better would have been more of that creamy sausage gravy to dip with. Tip: This is a pretty dangerous thing to eat by hand if you’re trying to keep yolk from dripping on your clothes – I wound up knife-and-forking it. 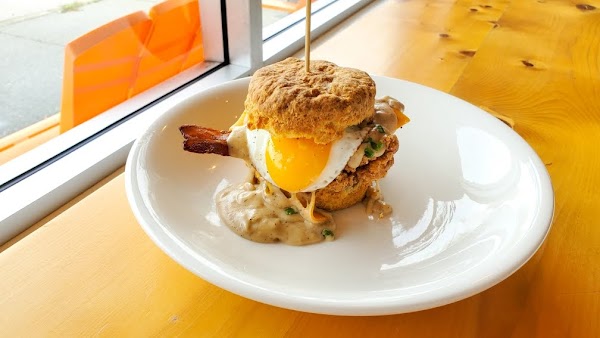 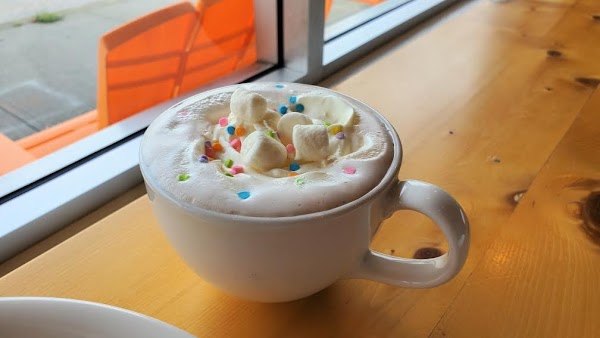 So, utterly impressed on my first visit. It’s probably a good thing that I don’t live closer otherwise I’d be drowning myself with biscuits all day long.