Recently, I noticed a relatively new Korean restaurant open up on Victoria Drive called Sumi Korean Restaurant. The interior is a bit confusing because they appear to have two sides to the restaurant separated by a wall (assuming they took over an adjoining unit but never bothered to fully take down the wall).

The first thing that I noticed here was when they handed us the menus… these menus are uncomfortably heavy. I know it really doesn’t affect the enjoyment of dining here… just making an observation.

We decided to order the Combo A ($52) as it came with an assortment of dishes: House Salad, Goonmandu, Haemul Pajeon, Soontofudubu, Spicy Daeji Bulgogi, and the regular assortment of banchan. 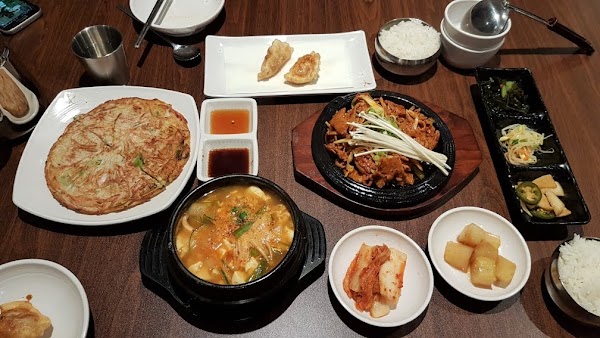 First up was the house salad which was topped with some crispy sticks. 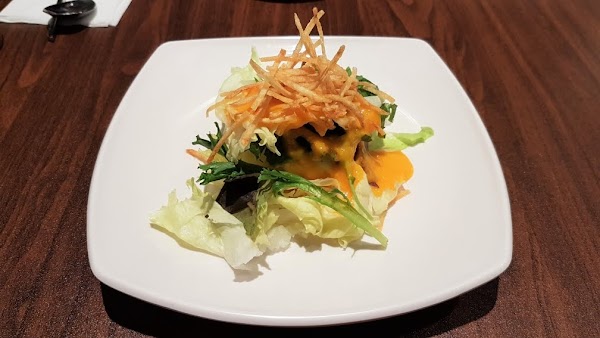 The goonmandu, or fried golden dumplings, were nice and crispy on the exterior but with a moist filling. 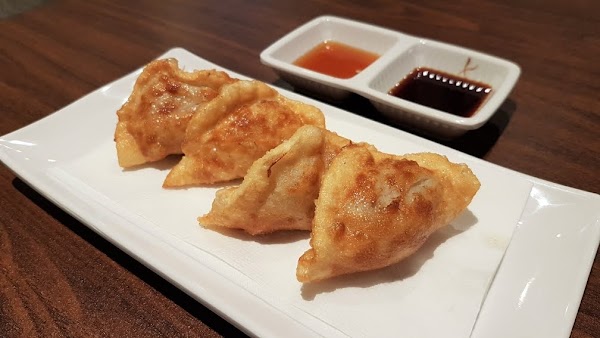 The haemul pajeon, or seafood pancake, needed a bit more crispness to the middle as I found it to be a bit soggy. However, it did have a nice amount of shrimp and octopus and we were able to crisp up the leftovers that we brought home. 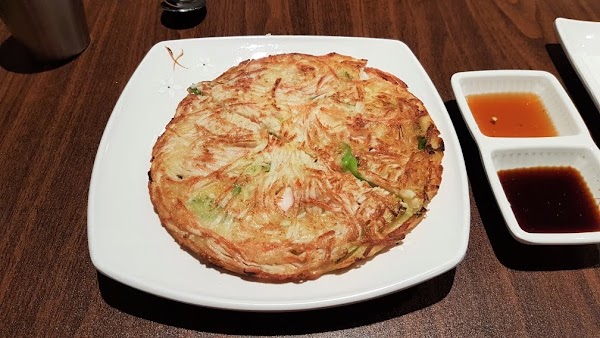 We picked the spicy tofu soup as our soup option and this had a nice amount of tender tofu in a medium-spiced broth. When I say “medium-spiced” I mean “medium” for Korean standards as this was fairly spicy. 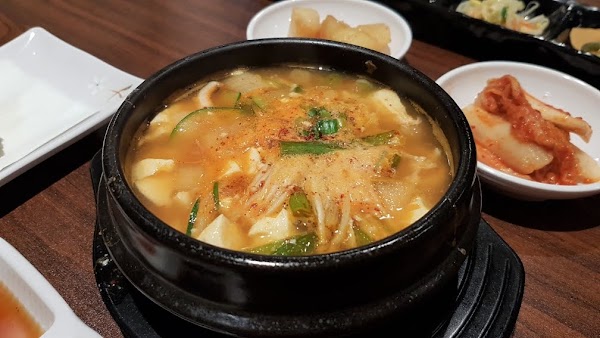 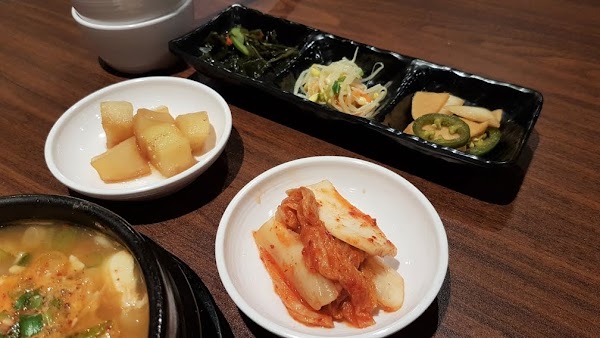 Last up was the daeji bulgogi which is made up of thinly sliced pork bulgogi. I found the pork wasn’t as tender as the chicken version that we normally order. I’ll have to remember to stick with chicken next time. 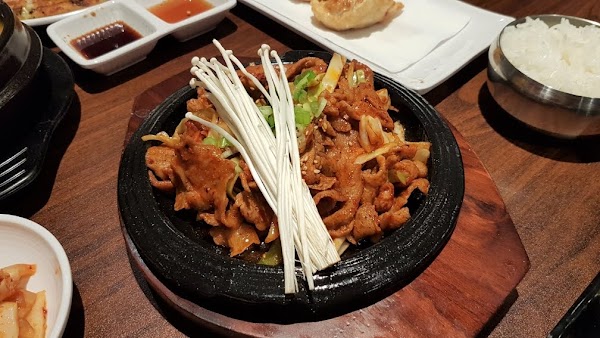 Overall, the food is pretty good. As expected with a Korean restaurant, the prices tend to be a bit high as the dishes are meant to be shared family-style.