Shiok is a newish Singaporean restaurant that opened up on Kingsway in mid-2019. I dropped by for some takeout in early October. The food’s pretty good so I might wind up coming back to try their dine-in service.

First off, let me just say that their takeout packaging is a bit more unique than other places. Most of my items came wrapped up in butcher block paper. That might not be unusual if you’re picking up a steak at the local butchery but I’ve never had a curry dish wrapped up in butcher block paper before. It does keep the packaging size down to a minimum (but your food winds up looking book-shaped). 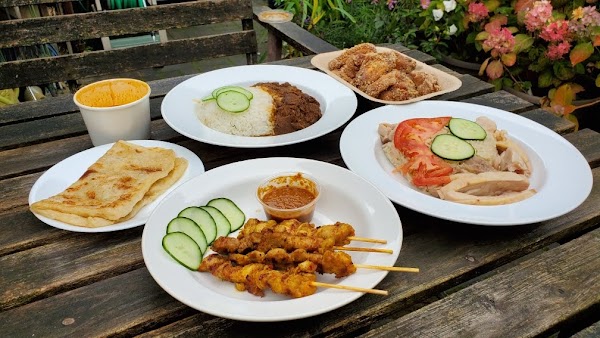 A must at any Singaporean restaurant has to be the Roti Prata ($3) which is a flatbread served with chicken curry sauce. While flaky, I found it to be a bit denser than other versions I’ve had before but it’s still pretty good. 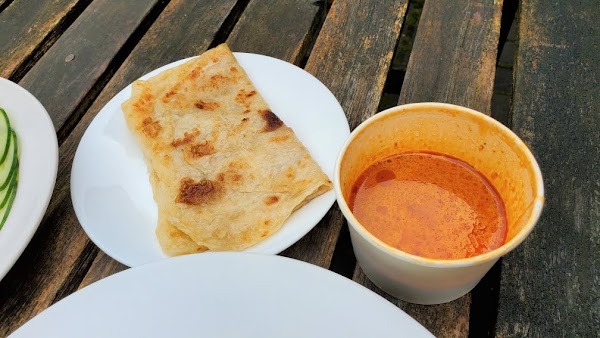 The Boneless Chicken Rice ($10) is their Singaporean version of Hainanese chicken rice. To be honest, I found the rice to be a bit on the dry side. I was able to offset this a bit by using the leftover curry sauce from the roti. 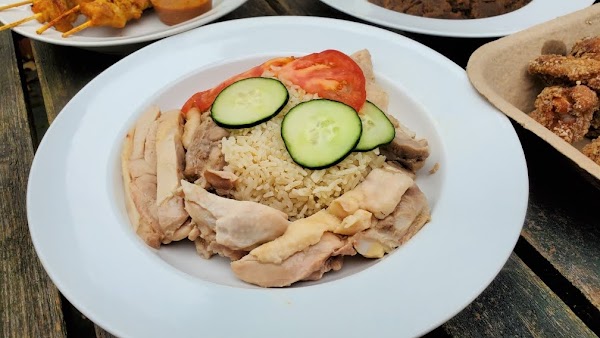 I was really pleased with the Beef Rendang ($10) due to the meaty and flavourful beef. They slowly cook this until it’s fork-tender and it has a nice spicy flavour to it. 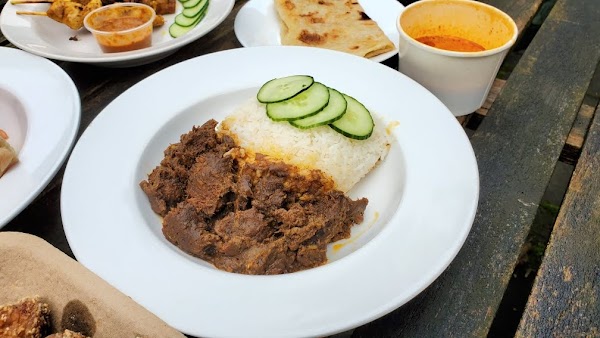 The Chicken Wings ($5) were really unique and I’ve never had this kind of flavour in chicken wings before. The wings are deep-fried and coated with some type of prawn-spice which really imparts an umami flavour. 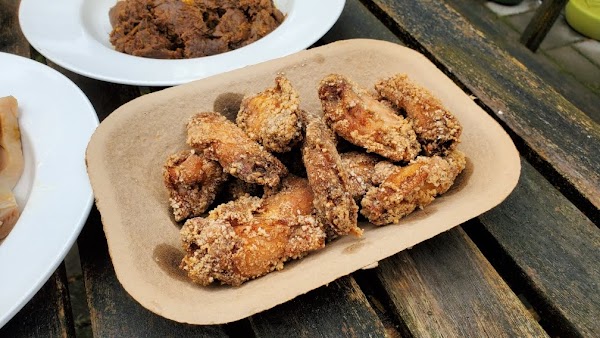 Last up was the tasty Chicken Satay ($5) served with a thick peanut sauce. 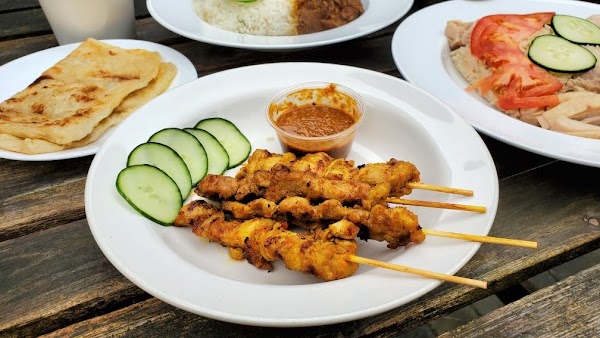 So, the food’s pretty good but the take-out packaging leaves a bit to be desired – although I give them props for using compostable packaging (at least I think butcher block paper is compostable). Your best bet might be to dine-in but just note that it can be difficult to find street parking (especially if you visit when the no stopping on the street due to rush hour is being enforced).