If you’re a ramen lover in Vancouver, you’ve probably heard of Marutama Ra-men. This iconic chain founded in Japan back in 2001 has spread across the globe and is known for their signature creamy chicken broth with aosa seaweed. Recently, they opened up a new location near Metrotown (in the former Ramen Raijin spot on Kingsway) and I visited during their soft opening.

Knowing how fanatical ramen people are, I made sure to show up early to avoid the lineups. I was maybe 5 minutes past their opening time and the place was already packed. I managed to get one of their last open seats at the large communal table and perused their rather limited menu offering. Although they don’t have a large number of items on their menu, you can somewhat customize your ramen bowl to your liking. However, I just stuck with the basic Tamago Ramen ($11.25) and asked for the mild option. After that, I waited, and waited, and waited… they seemed rather slow but that could be because it was their soft opening.

When my food finally arrived, there was already a lineup of diners outside the restaurant waiting patiently for a table. The bowl comes with 2 pieces of chashu which I found to be okay but not the tenderest that I’ve had before (I’ve had much better elsewhere). The ajitama (soft-boiled egg) was nicely prepared with a creamy and partly runny yolk. While you can add a noodle refil for $1.50, I thought there was an adequate amount of noodles already in the bowl. The thing that most people are here for is the broth. I did enjoy how the aosa seaweed and green onions melded with the flavours and the broth was fairly creamy. That being said, I felt the broth was overly salty and I carried that feeling in my mouth for a few hours after my meal. 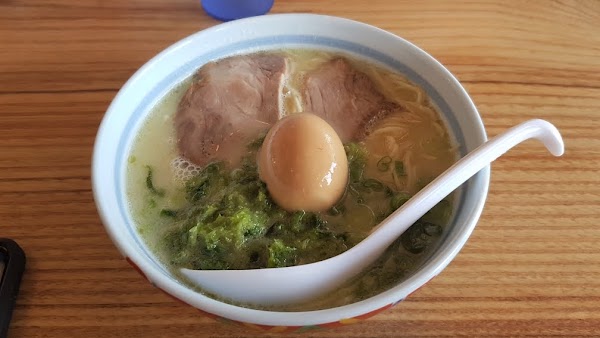 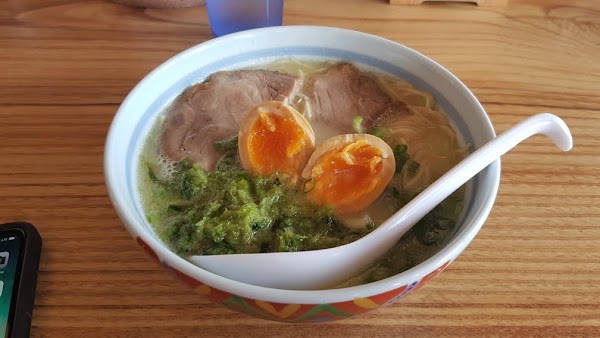 Is this the best ramen spot in the Vancouver area? That’s probably a bit of a personal question (and, to be fair, this was their soft opening). IMOH, the broth was overly salty and the service was slow. Probably not something that I would line up for. That being said… I decided to give them another try and returned for a revisit about a month later. This time around, I ordered the Cha-Shu Tamago Ramen ($14.75) and Gyoza ($5.50)

The Gyoza was the first to arrive and had a light crispness to the exterior with a warm pork and veggie filling and tart dipping sauce. These actually weren’t too bad (maybe things are looking up?) 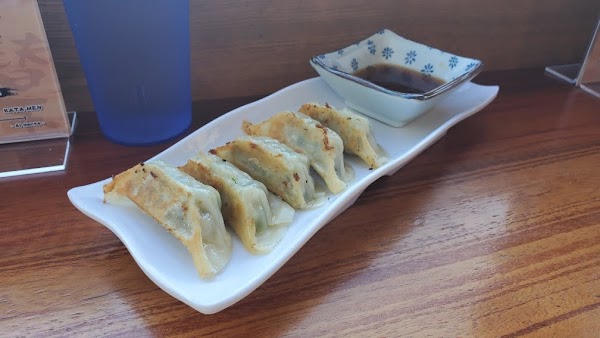 I have to admit that this bowl of ramen was much better than what I tried on my first visit. The pieces of cha-shu were larger and a lot more tender than on my first visit and the broth, while still somewhat salty, was much less salty than on my initial go around. In the bowl, you also get a marinated ajitama (egg) with a somewhat creamy yolk. If you go for the spicy option with your ramen, you might notice that the spicy kick creeps up on you as you drink the broth. 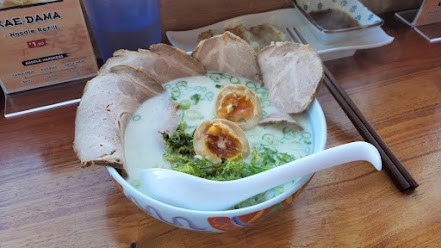 My thoughts? I’m assuming my experience on the first visit is a bit of a throwaway and that they were still working things out. The second visit was much better. That being said, this place is super duper busy (even when they first open up). The menu is fairly limited with just variations on the same staples but I guess that allows them to control their quality. If you’re really into ramen and have never been here before, then you might want to try this place out… just show up early or be prepared for a wait. If you’re not a big ramen fan, I wouldn’t bother with the lines.