If you were to ask what one food item seems to cross cultural boundaries, it’s probably the humble dumpling. Whether you call it a dumpling, gyoza, perogy, ravioli, or samosa… every culture has some form of dumpling. And, if you ask someone, they’ll usually say that no one makes dumplings like Mama (I don’t know from experience because my mother never made dumplings – but that’s another story).

The reason why I’m talking about dumplings (and dumplings made by Mama in particular) is because I heard about a place called Mama’s Dumplings out in Richmond. As it so happens, we were out at the Richmond Sunflower Festival in September and decided to stop by Mama’s Dumplings for some lunch afterwards. First thing that you need to know is that Mama’s is a bit difficult to find if you don’t know where they’re located. They’re actually in a semi-industrial complex located behind the Coppersmith Shopping Centre.

Once you find your way inside, grab a table and a laminated order sheet to decide what you want to eat. When you’re ready, bring it up to the front counter to order and pay. Apparently, they’re known for their Shanghai-style fried pork buns but this usually takes a while to come out so we stuck with some basic items… Fried Beef Rice Noodles aka Chow Fun ($10.99), Mapo Tofu ($9.99), Nanxiang Style Xiao Long Bao ($6.99), and Boiled Pork and Cilantro Dumplings ($10.9). 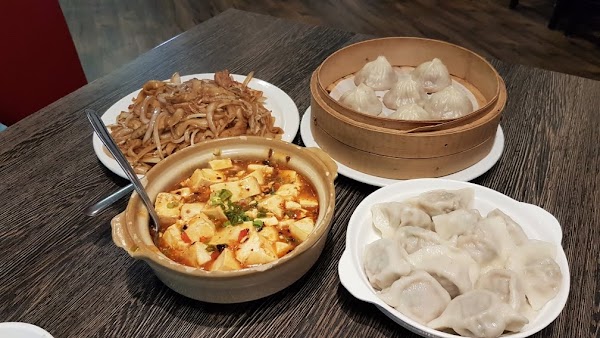 First off, the XLB were pretty good. The skin was fairly thin and there was an adequate amount of “soup” in the filling. Despite the XLB being freshly prepared and steaming hot, I didn’t find the filling to be super hot. Perhaps that’s a good thing because you don’t want to burn yourself on the liquids… just found that a bit odd. In any case, a pretty respectable dumpling in my opinion… even better because none of the dumplings broke. 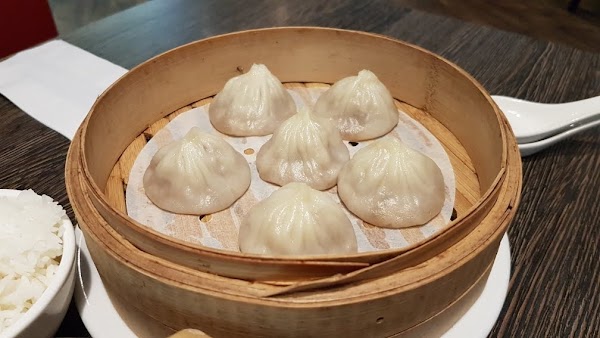 Next up was the boiled dumplings. These puppies have a thicker wrapper (which is required to withstand the boiling process). There’s a number of different variations that they have available and I found the pork and cilantro to be pretty good. 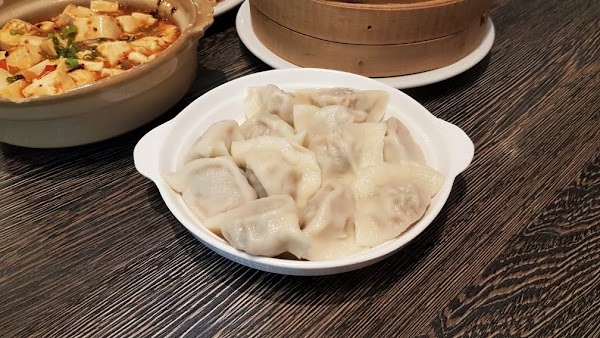 We don’t order Mapo Tofu very often but sometimes you just have a craving for it. Generally, I prefer the ones with meat in it but I didn’t mind this version. It had a nice level of spiciness but wasn’t overpowering. You really need some type of carbs to soak up the sauce and white rice is the perfect vessel for that job. 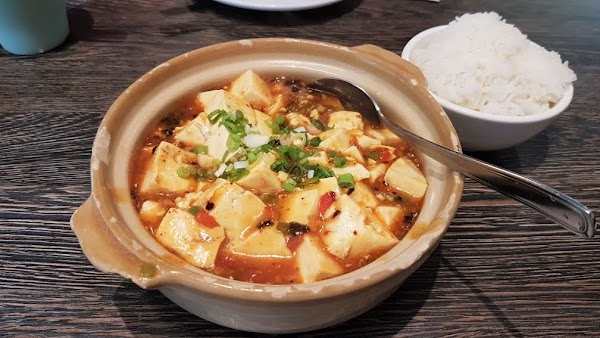 Last up was the modest Chow Fun dish. It really doesn’t get much more like comfort food that a plate of pan-fried noodles. This particular version is a bit basic… rice noodles, onions, and beef. A couple of sprigs of chopped green onions would have made all the difference here. 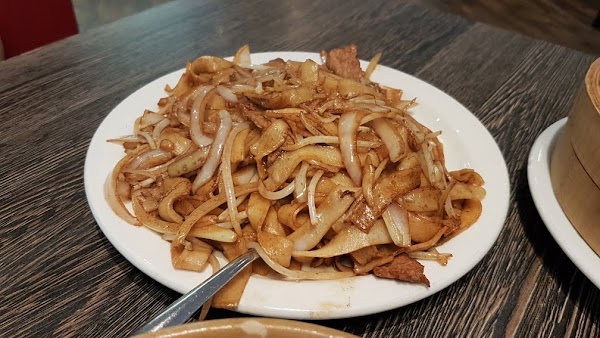 So, overall, if you can find this place, it’s got some pretty good Shanghainese dishes.