Generally speaking, I avoid eating at bars for a number of reasons. However, I found myself at Twisted Taphouse and Kitchen one day in late August and decided to give them a try. I believe this place used to be called “Oliver Twist” (the attached liquor store is still called “Oliver Twist”) but the bar changed names a while ago.

Stepping into the main level, I was surprised at how small the bar area looked given the size of the building (there seemed to be only a few tables plus the bar stools). However, I did note that they have an upper level with tables as well.

In either case, I decided to order the Perogies & Chorizo ($11.99) which comes with potato and cheddar stuffed perogies and topped with sliced chorizo sausage and sautéed onions with sour cream and green onions. Surprisingly, I found the perogies were actually pretty good with a plump filling. The sour cream drizzle and green onions were a bit over the top (probably would have preferred if it was served on the side – but it was easy enough to brush to the side of the plate). 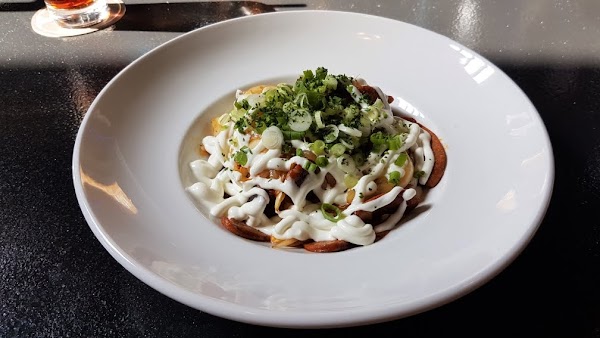 On a subsequent visit, I tried their Fish Tacos ($12.99) with sriracha crusted cod, horseradish mayo and salsa. I have to say that I wasn’t a big fan of these fish tacos. The fish looked like skinny frozen fish fingers and the tacos were basic with a bit of shredded lettuce at the bottom of the soft flour tortillas. Underneath the batter coating, there really wasn’t much fish. It was amply spicy with the mix of the sriracha crust, horseradish mayo and salsa but turned out to be pretty much a one-note flavour. 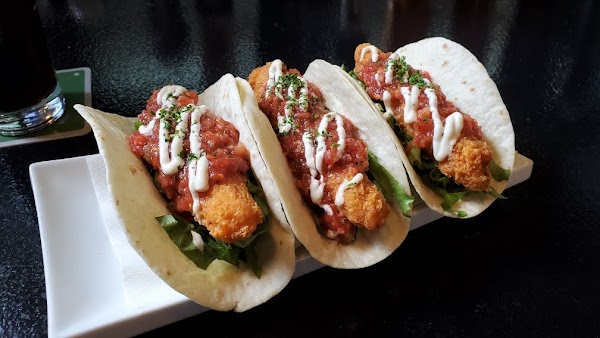