You know, I remember back in the day when Cactus Club was known for their cow-themeed decor… seems like those days are long gone now (probably for the best). You just have to look at their recently opened location in Station Square. You can tell that they must have spent a lot of moolah here. That being said, I can’t say that I was very impressed by our visit.

The interior here seems to be very carefully crafted to showcase their brand… that means dim, warm lighting and a little too much attention paid to looks instead of substance. The first thing that I noticed when we were seated was that each table had only 1 menu. Given that there were two of us, you would have thought they would have offered to get us another menu so we could both look it over at the same time. Instead, I had to steal one from one of the nearby empty tables. Once I actually got to look over the menu, I noticed that they’ve pared things down quite a bit and don’t offer many of the dishes that I used to like (seems they had to make room on their menu for the current trend of plant-based items instead).

We decided to share the Tuna Stack ($18.75) and Chicken Wings ($15.75). Both items (long-standing menu offerings) were pretty tasty. Service, however, was pretty non-existent… no water refills, no one to check in on us… I remember (a long time ago) when we used to have hot wings at Cactus Club and they actually brought you out wet wipes and even finger bowls… I don’t think we even received extra napkins here. These are basically finger food items, you’d think that they would realize that people will get their fingers dirty, sigh. 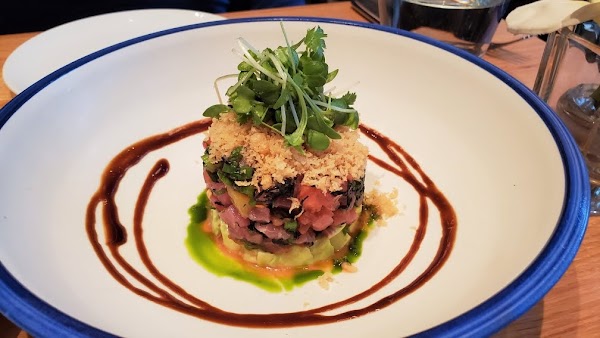 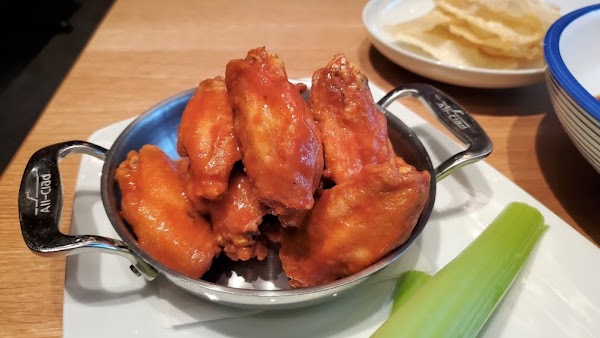 I think, if anything, I was just disappointed with how things have gone downhill for Cactus Club (I really liked the direction they were taking when Rob Feenie initially came on board years ago). However, it seems like they’re just resting on the past laurels and pumping out cookie-cutter concepts that cut down on service for the sake of maximizing profits. That being said, they must be doing something right because they sure seem super busy. Maybe I’m just expecting more from them because I know they could do better if they tried.

We actually wound up coming back here the following month for a family dinner and ordered their $42 Christmas Special which includes your appy and dessert. For my appy, I opted for the Starter Spicy Chicken with Wontons – a fairly meaty serving with noticeable sweet and spicy flavours to the sauce. 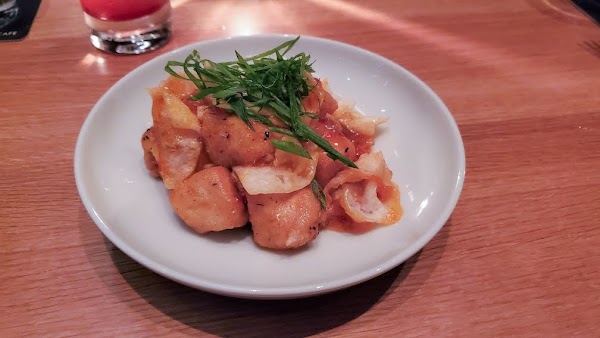 For my main, I upgrade to the filet for an extra $11 and I have to admit that this turned out pretty good. The steak had nice cross-hatching on the exterior (wish they had better lighting in here). 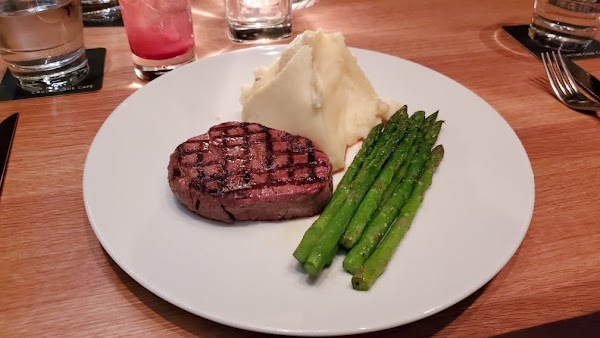 My steak was prepared perfectly to my order and those creamy mashed potatoes were pretty on point as well. All that being said, they did get some of our dinner orders wrong. I’m not sure why it’s so difficult to get orders correct… write it down if you have to and make sure you give it to the right person. 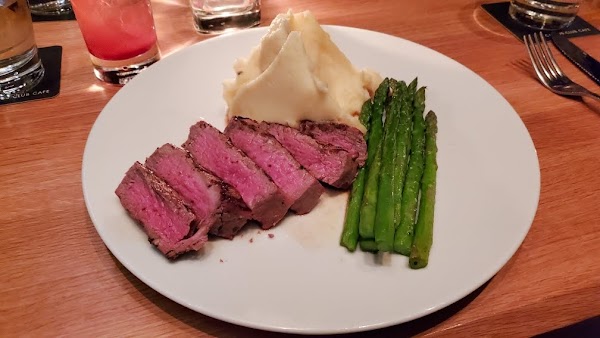 Speaking of which, I ordered the Caramel Chocolate Mousse Duo for dessert but they wound up giving me the Key Lime Pie by mistake but we didn’t want to make a fuss about this. Actually, I found the key lime pie was actually much better than the other dessert. 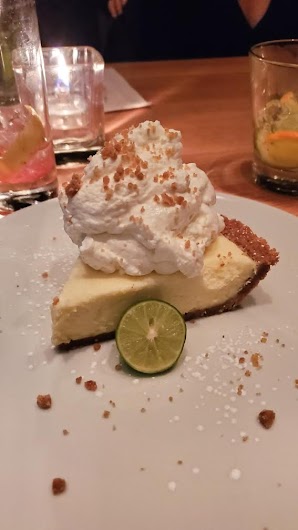 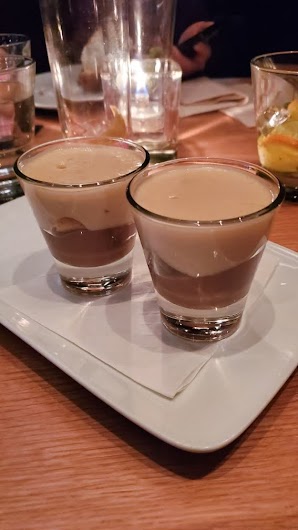 As my second visit to this location confirmed, service here could be improved.