There’s about a jillion-and-one places to get dim sum in-and-around Vancouver and we’ve barely scratched the surface. But that’s not for lack of trying! We decided to drop by Parker Place Mall in early November and try out Shun Feng Seafood. First off, is it just me or is Parker Place dead? A lot of the mall tenants seemed to be closed up when we visited but the parking lot was still super busy.

When we arrived at Shun Feng at 10am, it wasn’t very busy but we were impressed at how fancy the place was on first inspection. However, we did notice that some of the lustre had waned (ie. some of the shine and sparkle from their dishes had dulled). Also, this place seemed super slow in getting the food out. 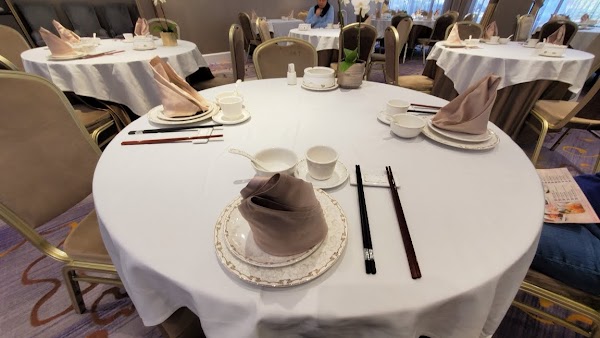 The first dish that came out was the Mashed Taro with Minced Pork and Pine Nut Dumplings ($9.68 SL) that were elegantly presented in the shape of swans and were accompanied with quail eggs. We’ve had a similar dish at another dim sum place recently and I have to say that Shun Feng’s version was much better with a delicately crispy and fluffy topping and a moist and juicy filling. 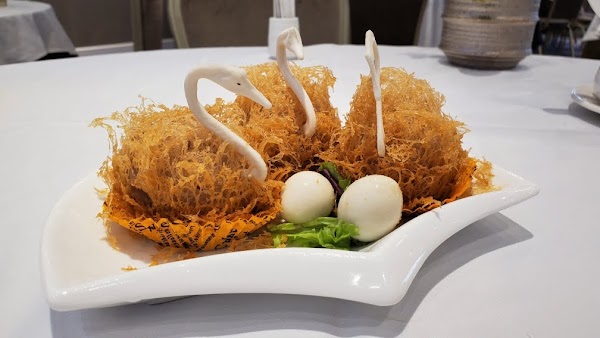 Next up was the Pan-Fried Chive with Shrimp Dumplings ($8.68 SP). Again, a good start off for our dim sum meal as these babies had a nice crispy bottom and a nice shrimp filling. 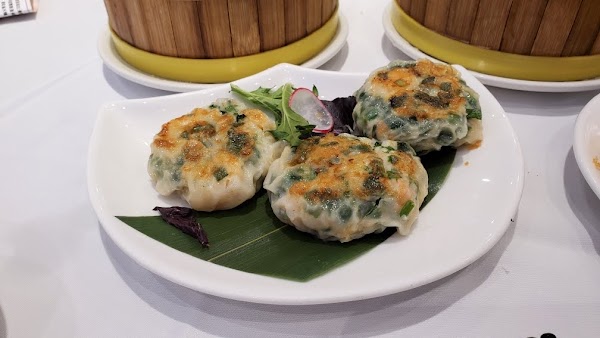 The Steamed Tripe and Tendon ($8.68 SP) dish had big pieces of tendon but we were disappointed that it only have about 4 pieces of honeycomb tripe. 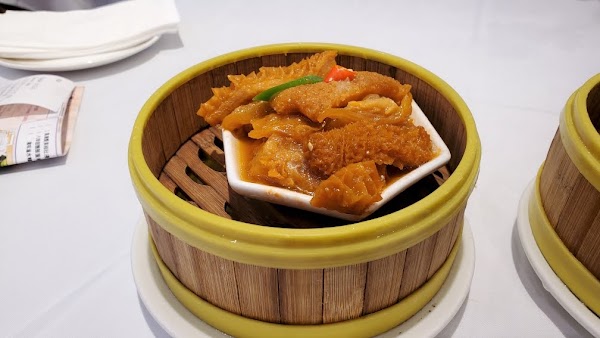 Another hit was the Steamed Minced Beef Balls with Watercress ($6.68 M) which was one of the cheaper items on their menu. 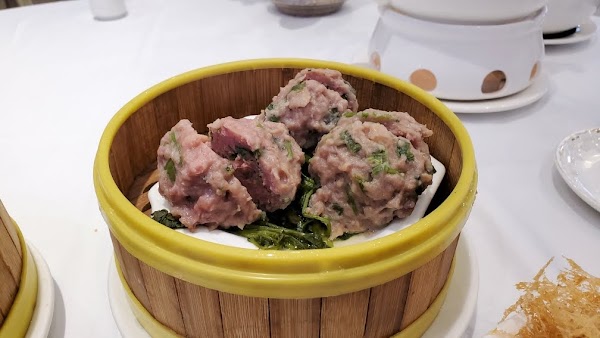 The last dish that we ordered was the Rice Roll with Bean Curd Skin and Fish Paste ($8.68 SP). The bean curd wrap was light and crispy but the fish paste filling was quite large and dense. I actually had trouble chewing this because the thickness of the fish paste filling combined with the crispy bean curd made it too much of an effort to chew through. Perhaps if the pieces were cut smaller, this wouldn’t have bothered me as much. 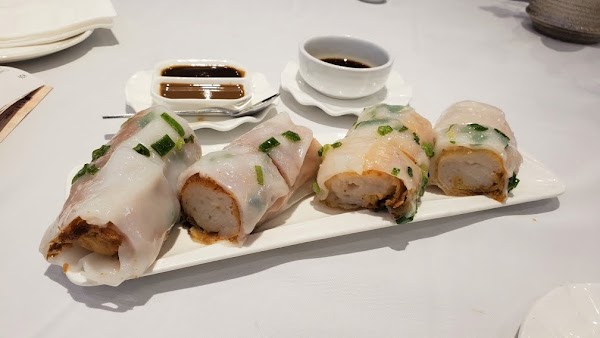 Overall, most of the food here was pretty good but I thought the prices were on the higher end of the spectrum. The big downside that I found here was that it was super slow. It was probably a good 30 minutes before our first dish arrived.