Kiyo Sushi is tucked away in the Cambie Plaza mini mall in Richmond. We came for a visit in early November because I was intrigued by their menu (I’m tired of “Japanese” restaurants that only serve sushi rolls).

The interior is somewhat small with various nooks and crannies and the restaurant filled up with diners by the time we left. We started out with an order of Ebi Sunomono ($4.75) with a plentiful helping of baby shrimp in the rice vinegar. 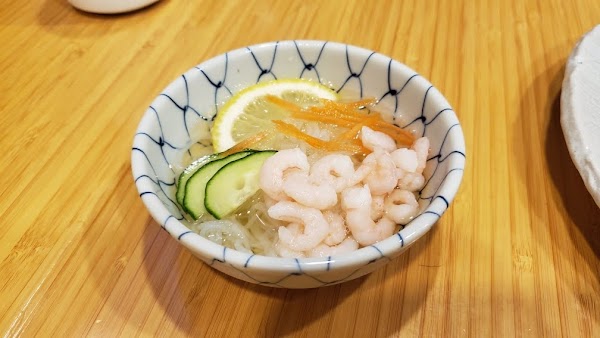 Their sashimi offerings look good so I picked the Goshoku Mori ($20) which consisted of the following assorted sashimi: salmon, tuna, hamachi, madai (red snapper), and amaebi. The sashimi here is very fresh and one of the highlights of our meal here… especially the buttery hamachi. 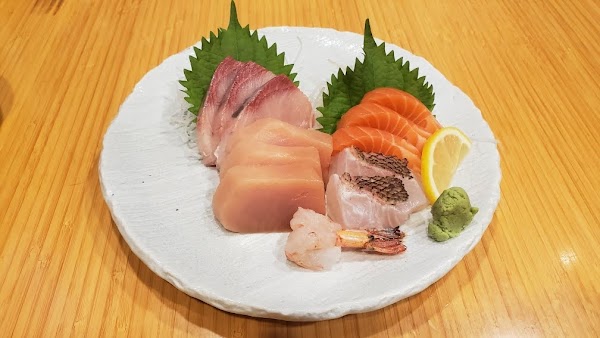 Their menu said that it was the season for matsutake (pine mushrooms), so we ordered the Matsutake Dobin Mushi ($9.50) which is served in this cute little kettle and consists of dashi broth, ginko, honewort, mitsuba, chicken, and shrimp. 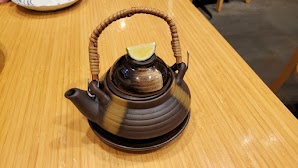 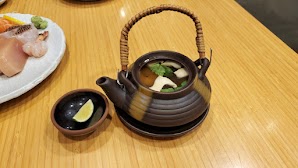 Usually when we order BBQ Salmon Belly ($8), we don’t expect to get such large pieces. I liked the crisp skin and the fatty salmon pieces but I almost felt like the pieces were too thick. 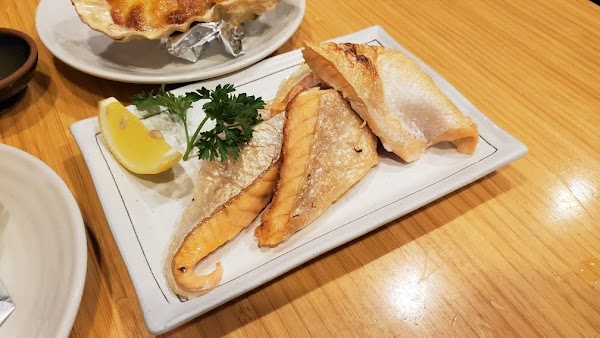 Next up was the Oyster Motoyaki ($5.50) served in-shell. Call me old-fashioned, but I still prefer places (such as Kiyo) which serve oyster motoyaki in an oyster shell (as compared with some places that serve it in a small tin baking shell). 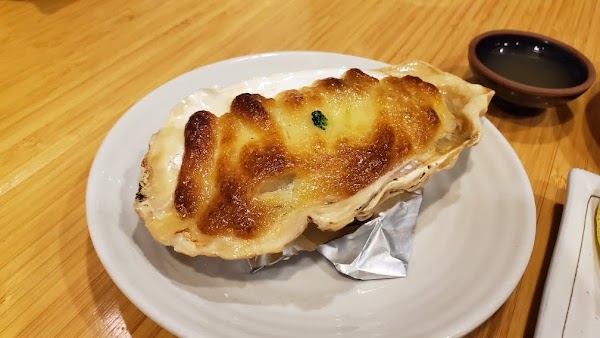 Last up was the Assorted Tempura ($13.50). I was a bit surprised at how large this dish was and it contained a good assortment of items: 4 pieces of shrimp, 2 pieces each of zucchini, eggplant, red pepper, yam, lotus root, green bean, squash, and another type of yam/sweet potato. Not only was there quite a number of pieces of tempura, they were perfectly prepared with a light and crisp batter and served with grated radish (something that we only see at select Japanese restaurants) 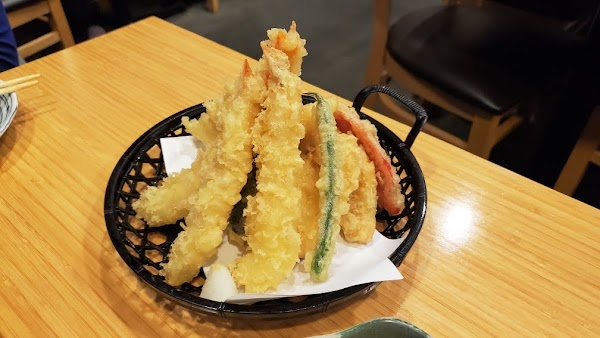 Overall, the food here is quite good with the standouts being the fresh sashimi and the tempura. Love that their menu has a lot of different options that you don’t find at basic Japanese restaurants.