Shaved spit-roasted meat stuffed in a pita… that’s what it all basically comes down to. Whether you call it a donair, doner kabob, gyros, shawarma, etc… they’re all basically the same thing.

Recently, I came across a small shop called Donair Girl on Edmonds that serves up – you guessed it – donairs! And the whole shop is run by this one young female (hence the name). But you might be confused by the name and the menu since “donair” doesn’t appear anywhere on the menu. Instead, they list “wraps” and “shawarmas” (as well as a few other things such as platters). Just so there’s no confusion, their “wraps” and “shawarmas” are the same thing and cost the same price.

On my first visit, I ordered the Chicken Wrap ($6.99 for small) and on my second visit, I tried their Lamb Wrap ($6.99 for small). As I mentioned, their wraps are pretty much identical except for the protein and contained cucumber, tomato, red onions, green peppers, jalapeno slices, hummus, tzatziki, and hot sauce. I liked the char on the chicken and felt the size of the wraps were pretty fair. Although it is smaller than the ones at nearby Mr. Greek Donair, the wraps at Donair Girl are also a bit cheaper (and wrapped tighter). If you’re looking for something a bit more filling, maybe try the large size instead. 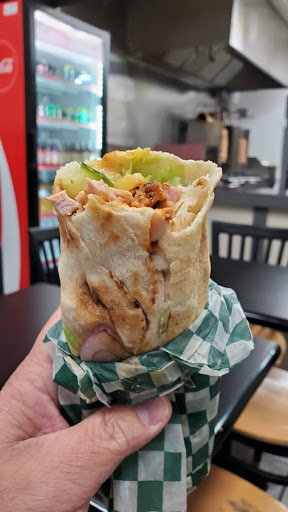 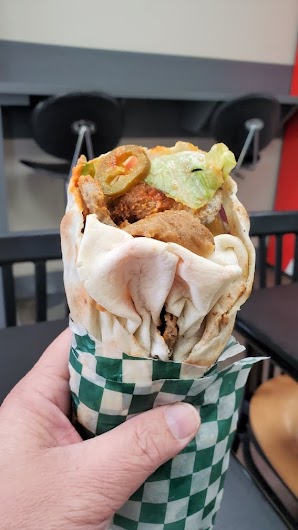 I tried coming back here to try their falafel but they didn’t have any on this day so I settled for a chicken wrap instead. It would be nice if they menu were a bit more expansive. 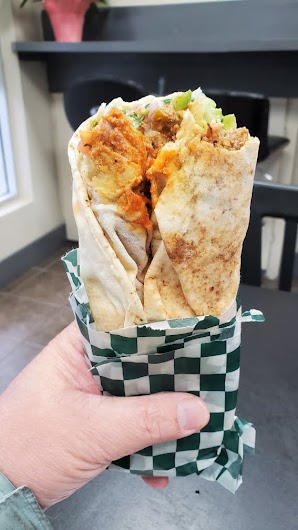 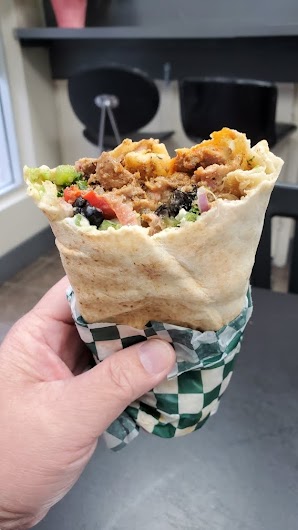 Overall, I found that service was a bit curt – Donair Girl didn’t seem very talkative on either of my visits.