It’s taken a few years, but the Station Square area is starting to finally come together and be revitalized with a bunch of new development. Sure enough, this also means that a lot of newer restaurants are popping up here… including fancy iterations of Cactus Club and their perennial competitor, Earls. I mean, they’re right next to each other here (did you know that Cactus Club was opened by former Earls servers and are owned by the same family?)

I visited the new Cactus Club next door and was underwhelmed with both the service and food (which is disappointing because I used to really enjoy the food at Cactus) so I thought it was only fair that I come by the new Earls and see if they suffer from the same issues.

On this visit in mid-January (before the whole coronapocalypse came into full force), I noticed that Earl’s has also updated their menu to include a lot of plant-based items (I’m getting so tired of this fad) but we opted for a bunch of appetizers instead. Starting first with the Clam Chowder ($11.50) which is a nice, chunky version. 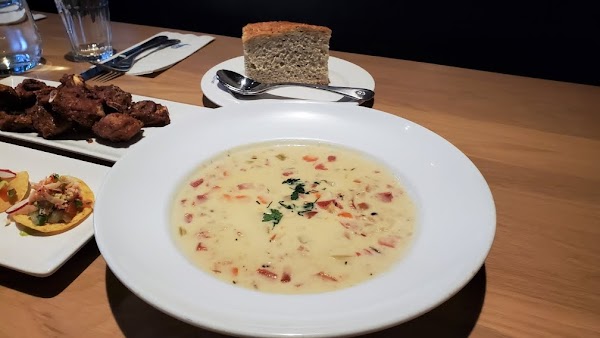 Next up was Leroy’s Crispy Ribs ($13). I really enjoy these dry and meaty ribs but you have to be careful because you’ll invariably end up with pepper stuck in your teeth. 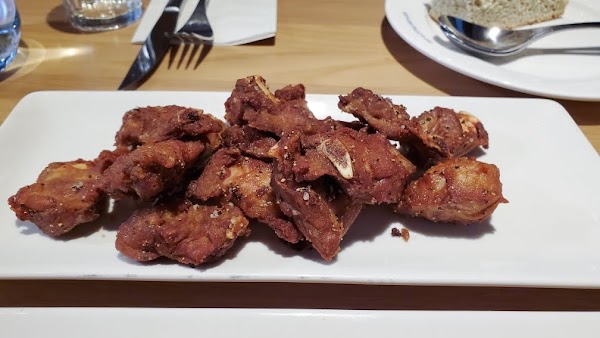 We did decide to try one of their new menu items… the Lobster Tostada ($13.25) which turned out to be a bit underwhelming. Seriously, these were more like tortilla chips instead of tostada shells. Suffice it to say, items in menu pictures appear larger than in person. Size aspect aside, these mini bites were pretty tasty but a little difficult to eat without falling apart 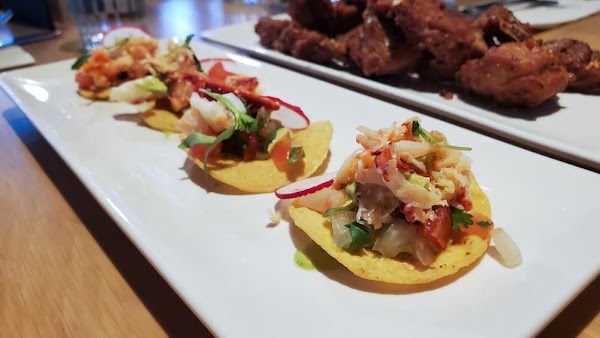 Overall, I think I liked this Earls over the Cactus next door but I found that the water glasses that they used during our visit seemed like they were ripped off from a hole-in-the-wall diner.