Sea Fortune Restaurant is one of the countless Chinese restaurants located in Richmond. And like most Chinese restaurants, you can rely on these places being open during usual western holidays such as New Year’s Day… which is exactly when we chose to visit this place.

To be honest, when I first went back to look at these pictures, I couldn’t even remember where I took them from. Guess we go out for dim sum too often, lol. Anyhoo, we wound up ordering about 7 dishes (for the 2 of us)… which is pretty normal because we like to have a bit of variety. 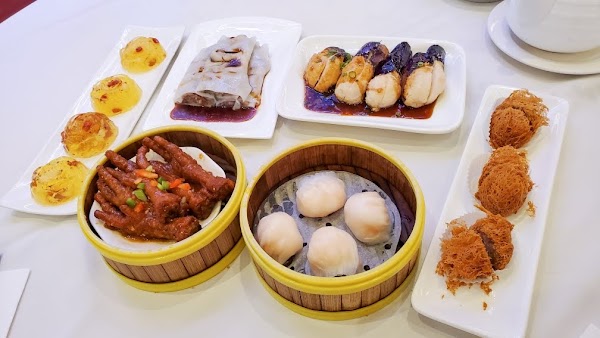 First up was the Taro Dumplings with Duck Meat ($6.75). I thought that the crispy outer layer was slightly over-done but the mashed taro on the inside was nice and creamy. A standard mush-try dish at Cantonese dim sum is the Steamed Prawn Dumplings ($7.25). Sea Fortune’s version was a bit compact (ie. small) but the shrimp filling was still plump with a nice snap to the bite. 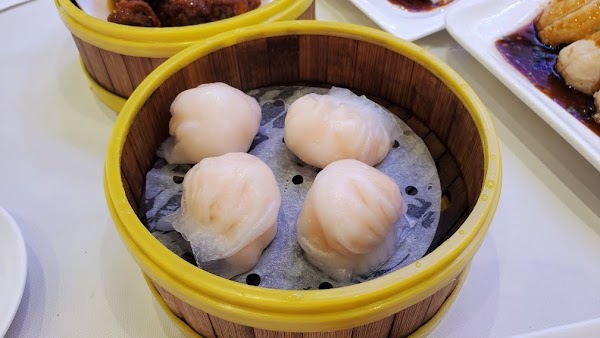 As for the Steamed Chicken Feet ($7.25), I felt like the chicken feet weren’t tender enough because you should be able to just suck the skin off the bones and have it melt in your mouth (which was not the case here). However, the flavour of the sauce was on point. 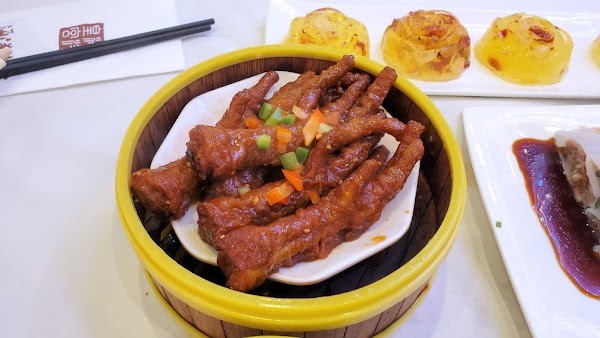 I found that the Beef Rice Rolls ($7.25) filling, which was interspersed with chopped water chestnuts and cilantro, was quite meaty. However, the dish itself was a bit basic. 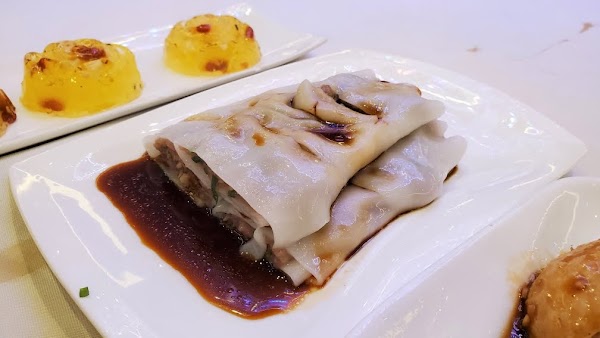 The Stuffed Eggplant with Shrimp Paste ($7.95) was certainly tender but I felt that it could have used a bit more crispness to the exterior to keep it from being too mushy. 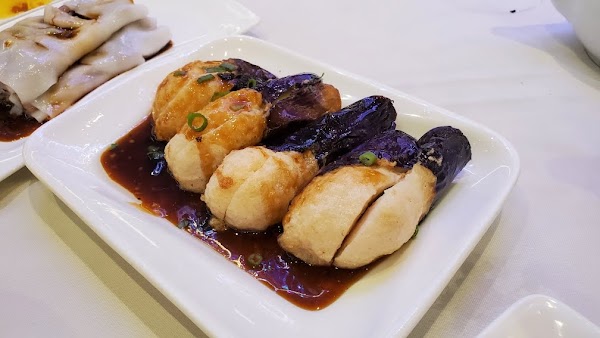 For dessert, we opted with the Lychee Osamanthus Cake ($7.25). It’s difficult to tell in the picture but these are moulded into a flower shape. 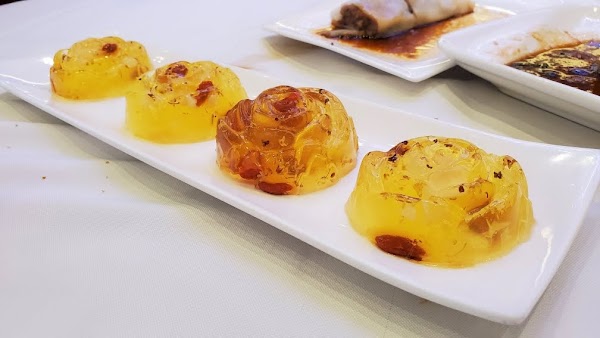 Last up was the Shanghai Noodles ($17.95) – because what’s dim sum without an overabundance of carbs? When I saw this dish arrive at the table, I immediately thought that this didn’t look like the Shanghai noodles that I’m more accustomed to (ie. the ones with a thicker, rounder noodle and coated with a darker soy sauce. The noodles themselves were fine… but I still felt a bit disappointed that these weren’t the same as what I was hoping for. 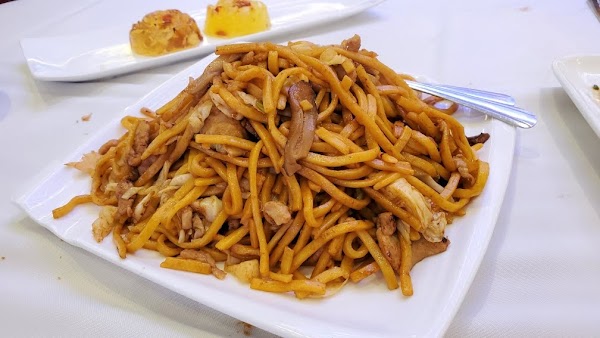 Overall, I found that the food was pretty good here and the prices were a bit on the high side (although we did get a 20% off discount on our visit).