Back in early March, I checked out 88 PalPal Noodle House, which is the latest restaurant to take up digs in the corner of Kingsway and Marlborough. I wasn’t entirely sure what kind of food to expect here (aside from being a noodle joint) but it turned out to be a mainly Korean restaurant (the interior looks like they spiffed things up a bit since the last tenant but the overall layout is basically the same).

I decided to opt with the Black Bean Noodle Combo ($12 lunch special) which included mandu (fried dumplings) as well as some pickled radish and kimchi banchan. 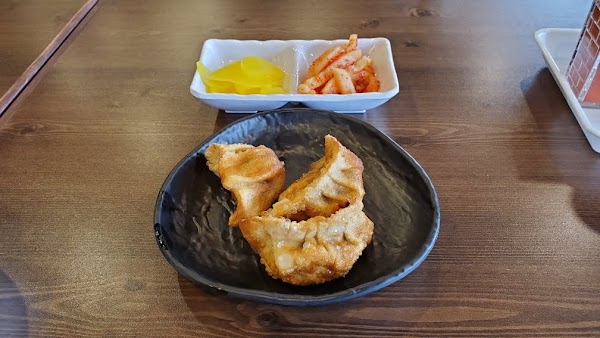 The Jajangmyeon has plenty of tender noodles underneath the thick sauce but I was a bit disappointed that it was lacking in terms of black bean flavour. Overall, it wasn’t too bad and it’s sure to fill you up if you’re craving for carbs. 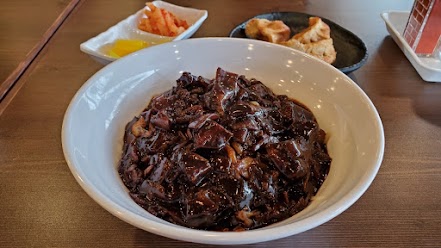 Service was pretty quick and friendly but the menu is a bit limited (and they also have some non-noodle dishes).